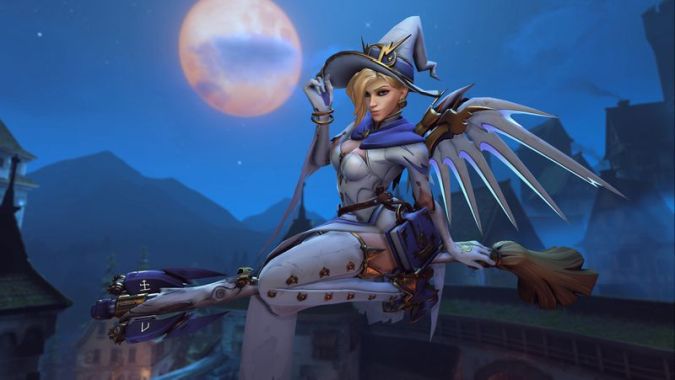 In an unexpected twist of fate, Overwatch’s next few holiday events will be taking on a slightly different format than in the past. Namely, rather than getting the usual round of brand-new skins and event-specific Brawls, we’ll be getting recolored versions of some fan-favorite Legendary skins, the return of a few weekly-challenge skins, and rotating Brawls from across all standard events. These spins on classic holidays are part of a “three-part anniversary event” and will be aptly named “Remix” events. At the moment, the three-part Anniversary event will occur in place of what are normally Archives (now), the standard Anniversary (early May), and Summer Games (July/August), though likely without the long break in between those last two.

Of course, at the end of the day, a big part of this is being done in the name of allocating more resources to the upcoming Overwatch 2 PVP beta. So which skins, exactly, are being remixed, and how do they rate on the Coolness Scale™? And (arguably) more importantly, is this a good strategy for keeping events exciting and fun? 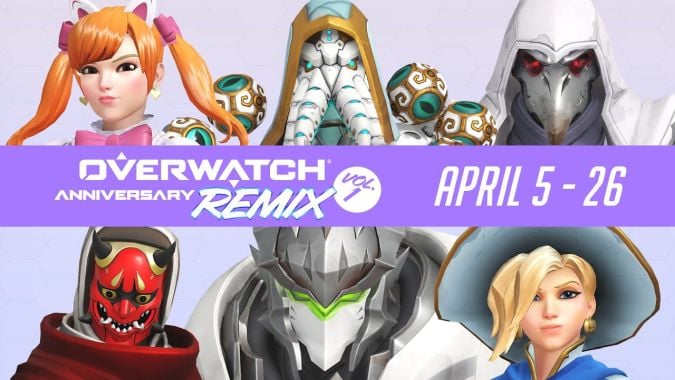 All the Remixed skins for Overwatch’s Anniversary Remix Vol. 1

While Vol. 1 ran from April 5-26, you’re still able to earn the Remixed skins during Volumes 2 and 3 of the event. The Vol. 1 Remixed skins are as follows: 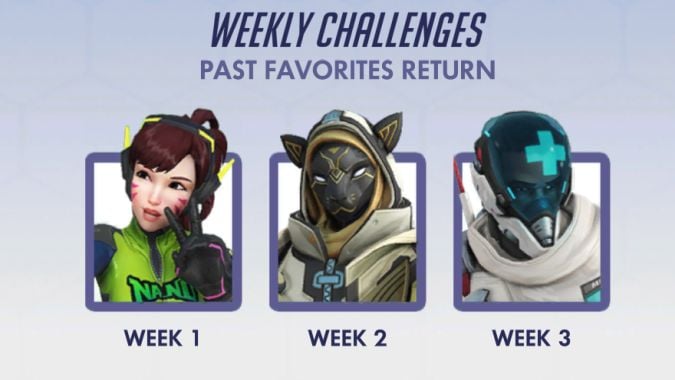 In addition to the above, Blizzard briefly brought back the following weekly-challenge skins (along with their associated spray/icon rewards), though they were only available during Vol. 1. 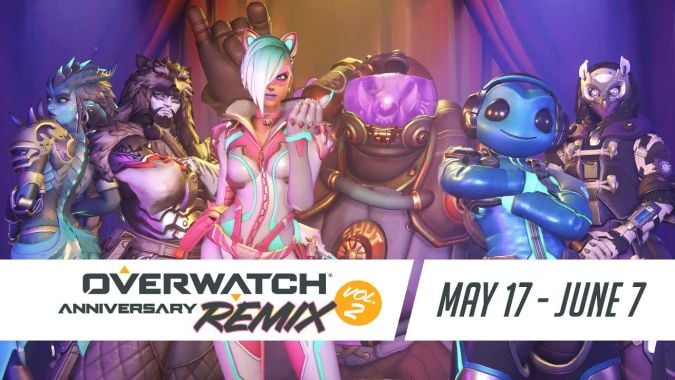 All the Remixed skins for Overwatch’s Anniversary Remix Vol. 2 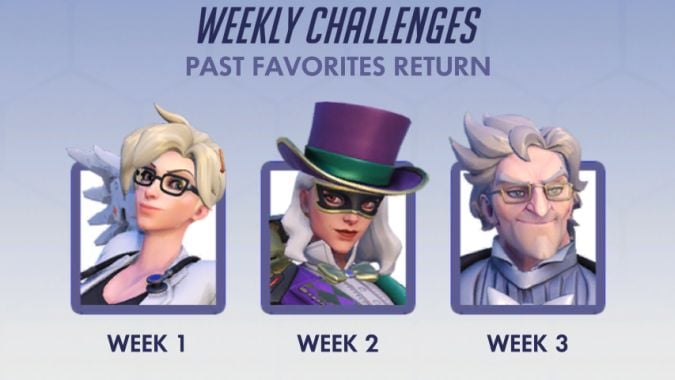 In addition to the above, we have the return of the following weekly-challenge skins (along with their associated spray/icon rewards):

Which weekly-challenge skins will we see in Volume 3? It’s hard to say for certain, but a cursory glance at the official YouTube page’s “Challenge” videos shows off no shortage of options. I’d previously — and correctly! — predicted Volume 2’s weekly-challenge skins, so I’m sticking with my gut here: The Volume 3 Remix skins will be Comic Book Tracer, Marammat Symmetra, and Kyōgisha Hanzo in Volume 3. Why those three? Continuing the trend with the first two volumes, they’ve all had out-of-game components (like short stories and Twitch drops) and they’re all over a year old. Plus, none of them were tied to partnerships — which unfortunately means one of the best skins out there, LEGO Bastion, will probably not return as part of the Remix events.

What skins does this hypothetically leave out? Pachimari Roadhog, Deadlocke Ashe, Sandstorm Cassidy, and Dusk Reaper. Of course, we’ll update this page as soon as we officially have all the Remix skins for Volume 3 of the Overwatch three-part Anniversary event. For now, enjoy the speculation! 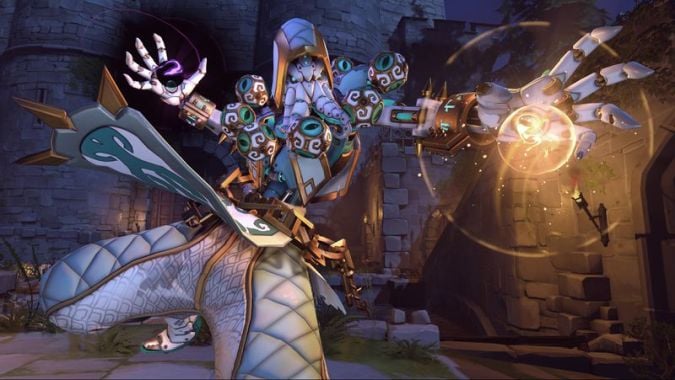 The good, the bad, and the fashion of it all

I’ll be honest, I’m probably the exact target audience for this take on events. Don’t get me wrong — seeing new skins come out is one of my favorite parts of holiday events and I’m still absolutely going to miss getting a round of brand-slackin’-new skins. But to be honest? I’m pretty set in my ways. I have the skins I like, and I don’t change them too often. Among those favorites are Cultist Zenyatta and Witch Mercy.

Would a brand-new skin have swayed me away from those as my default pick? Historically speaking, no. But am I going to alternate between Witch/Mage Mercy and Cultist/Zealot Zenyatta now? Heck yes. Conversely, though, I don’t use Oni Genji that often and, well, probably won’t be using Demon Genji often either. If none of the Remix skins end up being variants of appearances you already liked, it’s probably going to be hard to win you over on the concept of not releasing entirely new skins.

Where the weekly challenges are concerned, I think this is a huge win (with a few caveats). This is an excellent way to re-release nearly all of the Challenge skins and get them in the digital hands of players who weren’t playing, didn’t play enough, or just plain didn’t have the hang of Challenges back when they first began. Of course, if you already have the Challenge skins?… Well, it would be nice to have a consolation prize to look forward to. Bonus Loot Boxes are the most obvious choice, but I’ll take whatever. Right now, it is kind of a bummer knowing most of the Challenges won’t apply to me.

Similarly, I actually really do like the Twitch drops that came with many of these skins. It may well be an issue of those originally being part of partnered-streamer events (and therefore not something Blizz can re-release) but… well, they’re cute. I want them. 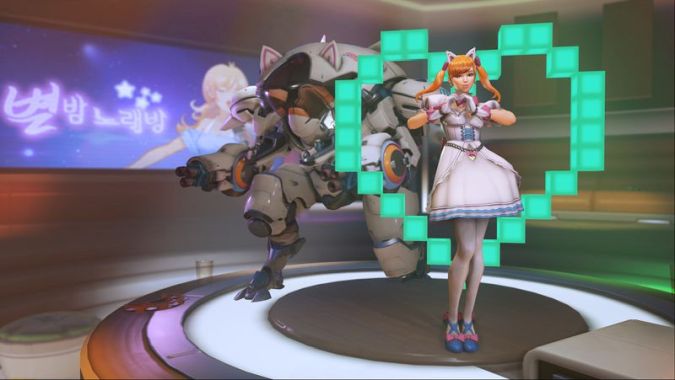 Is this worth the trade-off of more Overwatch 2 development time?

I think you probably know what my answer is, but I’m absolutely fine if this is the route the developers need to take to focus on Overwatch 2 content. It’s admittedly more complicated with the games-as-a-service model and the fact that Overwatch and Overwatch 2 will, effectively, merge once the sequel is out — but frankly, I expected the devs to sunset Overwatch updates a long time ago. Again, it’s definitely not a 1:1 translation, but in a lot of cases, I think the expectation is that updates stop once a sequel is announced. The Overwatch devs haven’t been doing that, but with the PVP beta recently underway, it makes perfect sense that they would.

There are plenty of nitpicks to make, though. I understand the player pool would probably be too small with them all available, but I’d almost prefer a Brawl randomizer to give players a chance at Brawls they enjoy more than once per week. With the rotation as it stands, if you like Winter Wonderland Brawls, for instance, you can only play those on April 8, 15, and 22. It’s nice to have the schedule up in advance, but I’d still prefer something more in the spirit of “enjoy all the things whenever you want.” That and the lack of consolation prizes for the Challenge skins are my biggest complaints.

But at the end of the day, I really, really just want to play Overwatch 2. The BlizzCon demo I got to play way back when still stands out in my mind, so I’m admittedly sad that the PVE portion won’t release at the same time as the PVP portion — but in terms of ways to keep Overwatch content relevant while reducing the workload? Remixed skins, all holiday Brawls, and triple the normal time to collect past events’ skins is a good way to go about it in my books.