The Queue: The Ballad 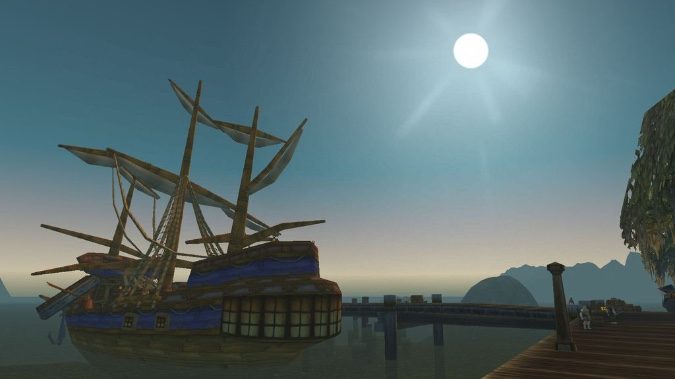 There’s one in every show, so since Cory was talking so much about placeholders, this is a pretty good spot to put this one.

This is The Queue, where you ask us questions and we’ll take a minute to answer before getting back to vocal warm ups.

QftQ: Did you ever had the feeling that you just can’t play your main class any longer? I have a warrior as my main since MoP as I fell in love with the class at the time. I had it briefly switched to a DH when it was added, but I returned to it at the end of Legion. But for some reason when I play with it now, I just get really bored really fast, no matter the spec. A while ago my hand hurt from the furious Fury rotation, and since then I have been reflecting on the class and tried many more.

Since Legion I have this feeling that something is just missing from the Warrior I had before, but now since the hand hurting debacle I have been playing many other toons, but I always gravitate toward the Warrior, because I had the most fun with that. But playing it now is just not as much fun as I remember it to be. I feel it’s just the sunk cost fallacy playing in my head now, that I have to play that character more, since I have played it the most all these years (and I love plate transmog, but don’t like paladin or DK).

Did anyone ever just got turned from a long time main before?

My very first main was a holy Priest, back when Classic was just still… the game, that’s it, that’s the game. I was a pretty good healer, if I do say so myself, but since spec swapping wasn’t a thing — and because I was playing on a PVP server — I was pretty much at the mercy of whoever else was around to play. While there were certainly good times to be had by hanging out with a platoon of stealthed Rogues as I wandered around picking flowers as bait, it got old.

I ended up rolling a Hunter and never looked back. I kept up both characters — one for PVP and farming, the other for raids — through Burning Crusade and into Wrath, but I finally made the switch for good partway through the Argent Tournament. I do still enjoy the healing playstyle, but since I’m mostly a lone wolf lately, I usually only PUG, which can be a real downer as a healer.

Q4tQ: Are you or have you ever been a part of an active WoW in-game community?
(Meaning the cross-realm pseudo-guilds).

I’ve joined a few, but the lack of moderation tools made me leave all of them. I think we still “own” a Blizzard Watch one with just me, Liz, and maybe Mitch in it we created for testing purposes, but that’s pretty much just to keep the name.

If I want a cross-realm group chat, I have Discord already.

Q4TQ: if we get Darkfallen (aka Dark Rangers) as a new Allied Race (or as new customization options), will you roll one, or race change one of your existing characters into one?

I currently have two Night Elves, two Void Elves, two Nightborne, and one Blood Elf. Chances are good that at least one of those would be changed; maybe two.

Nope. I’m a one-Hunter type of person, and even though she’s a Blood Elf, my Hunter is far more into the outdoors and her bear than the whole Blood Elf archer mystique. For the record, I absolutely understand why that would be appealing — the transmog alone would be delicious — but it just isn’t my own personal vision, you know?

Q4tQ do you think that as part of the patch 9.2.5 release announcement they’ll also reveal what’s being hidden, or will we need to wait until patch day to find out?

I’m honestly not sure. I think a good part of the encrypted stuff is likely to be rewards for the varied upgrade packs for the expansion. But I’ve been seeing some really solid sources saying there are over 200 encrypted IDs in the database, and I can’t imagine that all of those account for xpack perks. Maybe if they decoupled all the assets — like several different color meshes for each particular Dragonriding dragon — I could see maybe a couple dozen.

I honestly don’t have any idea about the rest of it… but it certainly sounds like we may be in for a surprise or two.