How should video games handle classes? 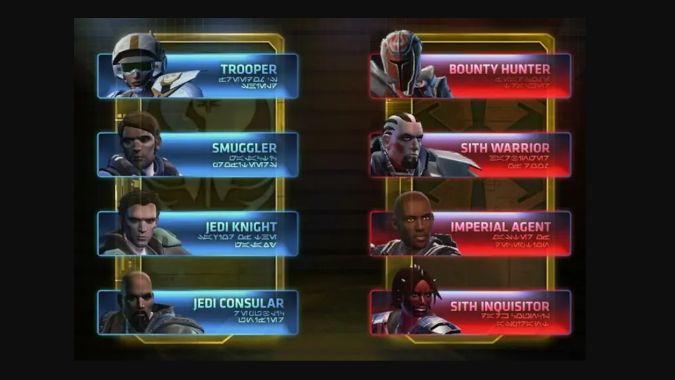 Usually, when talking about classes in video games, it’s a reference to character classes, which are the jobs or roles a specific character can perform. But Diablo Immortal and Final Fantasy 14 both have systems where you can play the same character in a variety of different classes. You can literally switch your Wizard to a Barbarian or a Crusader in DI, and the job system in FF14 is a bit more complex than I can easily summarize, but it allows you a similar degree of choice. Of course, this isn’t how most games handle class.

World of Warcraft lets you change your specialization within a class but if you want to play a different class, you need to roll another character — and the new talent system coming in Dragonflight isn’t likely to change that as far as I can tell. Other games like Cyberpunk 2077 eschew class altogether — you have specific attributes you can spend points on, and those attributes control how far down various talent trees you can go, but you can essentially mix and match to become a sneaky combatant who uses a shotgun, a hacker who beats people to death with bare fists, or whatever combination you feel like aiming for.

I still remember how Dungeon Siege basically leveled you up based on what you were doing in the game, so the more you swung an axe at creature’s heads the better you got at doing that until one day you woke up and found out you were a master axe-to-monster-header. I forget if that has a better name or not, but you get what I mean.

So, my question is, which of these approaches do you like best for class systems? Does WoW do it best? Does FF14? Or is there another class system — like, say, D&D multiclassing — that you would prefer to see in your favorite games? Should games go for the broadest possible system or keep narrowed down into roles and classes that fill those roles? Should we be able to change classes? What are your ideas for how character classes should work in video games?

Blizzard Watch is made possible by people like you.
Please consider supporting our Patreon!
Filed Under: Character Classes, Classes
Advertisement