How to get the new Dark Ranger customizations and transmog in patch 9.2.5 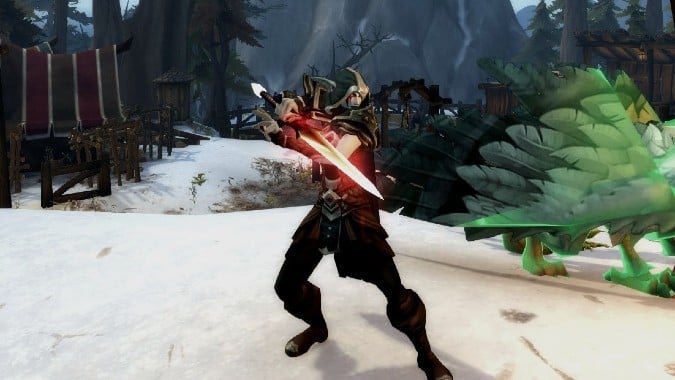 Note: although you can do the questline on any character you want, if you also want the new transmog set, make sure to do it on a Hunter!

In order to start the quest chain, just go to Oribos, and grab the initial quest from Genn Greymane if you’re Alliance, or Calia Menethil if you’re Horde. Both are located in The Enclave.

Go through the questline, which takes you through a series of quests on Tirisfal Glades and Maldraxxus, then back to Tirisfal Glades, and finally back to Oribos, to turn in the final quest at the same NPC you started the chain from.

The customization options can be used on any Blood Elf, Night Elf, or Void Elf character on your account, existing or new, as long as they’re not Death Knights or Demon Hunters. Sadly, the Dark Ranger appearance options aren’t available to those two classes.

To all three of those races, of both genders, the customization options consist of one new skin tone (a very pallid white), and a new eye color (glowing red).

If you did the quests on a Hunter, make sure to go to your Class Hall, Trueshot Lodge in the Highmountain zone. There, speak to Outfitter Reynolds to purchase the Ensemble: Dark Ranger’s Attire for 1000 gold. Do note that only the Hunter character that did the actual questline may purchase it, so you can’t do it on a different character and then buy it on a Hunter that didn’t.

That’s all there is to it, and every future elf character you create will be able to look like a Darkfallen elf. Make your enemies suffer, champion!