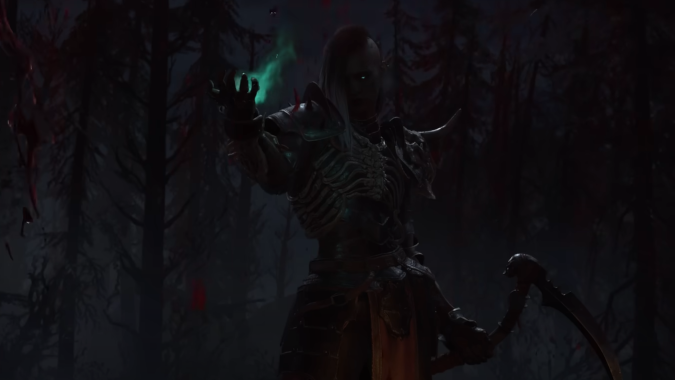 The Necromancer in Diablo 4 has been outlined in one of the Diablo 4 Quarterly Updates, which we talked about somewhat briefly in the overall roundup post for D4‘s classes. In general, there’s definitely a sense of trying to preserve  the feel of the class as we’ve seen it in other Diablo games, with specific abilities hearkening back to Diablo 2 while other design elements are definitely inspired by Diablo 3.

So, what does gameplay for Necromancers look like in Diablo 4? Without actually having played one yet, all we can say that it’s definitely inspired by previous versions of the class without being a carbon copy of it. 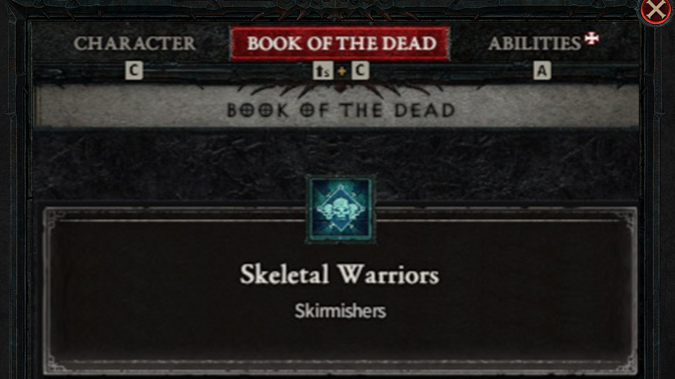 Necromancers will dare to read the Book of the Dead

The real flashy, fancy new mechanic is the Book of the Dead, which allows a Necromancer a strong level of customization. Do you want your Necromancer to focus on having many different kinds of undead minions? Would you maybe prefer to focus on one in particular and trade away the other potential summons in exchange for buffs to your other spells and abilities? Or would you honestly like to focus instead of the diseases, blood, and bone inside living things and trade away all of your rotting servitors for the power to more directly harm your enemies?

The Book of the Dead also allows you to decide and customize individual summons, so you can have Skeleton Warriors, Archers, or Mages, or a variety of Golems including Iron Golems. At least that seems to be the suggestion from this interview with Rod Fergusson and Joe Shely. So you can be the master of a walking army of rotting corpses and bony servants, not just a few.

The Book of the Dead lets you tailor your character outside of merely selecting Skills from the Skill Tree, in a manner that’s analogous to the D4 Barbarian’s Arsenal system or the Druid’s ability to focus on either animal summoning or shapeshifting. 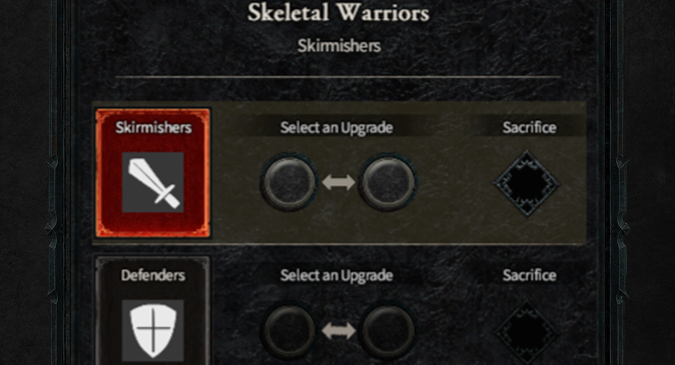 The two resource pools that Necromancers use and manage are Essence and Corpses. Essence is functionally just another kind of ‘mana’ style resource — you spend it to cast certain spells. Essence regenerates slowly over time, but certain skills can be used to regenerate more of it, meaning that an active spellcaster Necromancer focusing on Darkness or Blood powers could generate enough Essence through the proper choice of abilities to keep going for a while.

But what would a Necromancer even be doing without dead things? The Corpses resource is literally that — either things you make dead yourself, or simply dead things you stumble across or your party members kill in your vicinity. There are a variety of uses for Corpses, from spells like Corpse Explosion — yep, you guessed it, you turn nearby corpses into bombs that blow people up with necromantic magic — to the usual summoning of dead minions.

So now that we know how Necromancers tap into the power of death and how their personal Books of the Dead will allow them to customize their approach, what are the basic specialization options of the Necromancer? Well, they can tap into four basic categories — Bone, Darkness, Blood, and the Army. These are specific builds and I’m sure you’ll be able to find your own, but for now, let’s focus on these four. 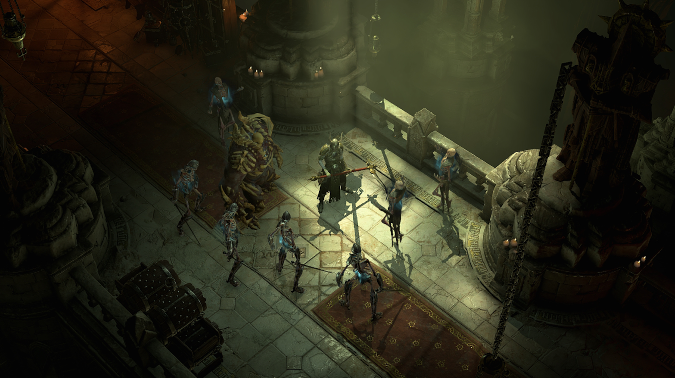 Blood, Bone and Darkness are the fuel for your Army

The Army is what you think it is. An Army of Darkness, a phalanx of the dead who serve your unhallowed and macabre will. It’s more fair to call The Army a specific focus rather than a playstyle as such — you could focus on Blood, Bone, or Darkness magics and still have an Army at your command, depending on skill choices and your Book of the Dead.

Bone spells are all about using bones and shards of bones as weapons, armor, and tools. Bone Spirit serves as a high essence, high damage attack and AOE that blasts your target and everything around it with flechettes of bone. Bone Prison allows you to instead imprison enemies in a circular wall of bones erupting from the ground. No word yet on if you’ll be able to summon the bones of a dinosaur and animate them, but I’d personally be very happy if it worked out that way.

Blood spells can be used to buff the Necromancer, as in the case of Blood Mist, where you turn into a cloud of suspended blood and are ridiculously hard to hurt. This makes sense to me — you’re a cloud of blood drops. What’s a sword or axe or claws gonna do to a cloud of blood? Blood surge lets you yank just a little bit of blood out of everything around you and then blow the heck up and spray that magically corrupted blood around you like a typhoon of red acid.

Darkness, meanwhile, is gonna focus on the shadow of death itself, with skills like Decompose letting you make people start to rot while they’re still alive, generating more Essence for you to use in other spells as well as periodically creating more Corpses to use. Or you can go the area of effect route with Blight and just send a surge of dark energy to explode in the faces of some poor jerks, and it does more damage to people who are standing still which you can arrange with Bone Prison or through other means.

In addition to all this, curses like Iron Maiden and Decrepify will allow you to debuff foes and set them up for devastating combos of skills. In terms of gear, Warlocks use Swords, Daggers, Wands, Focuses, Shields and Scythes — in fact, only Necromancers use scythes this time around. I believe that was the case in Diablo 3 as well, although there were 1 handed Mighty Weapons that looked like scythes as well.

So that’s what we currently know about Necromancers in Diablo 4. Hopefully we’ll get to see more gameplay soon, since the game is coming some time in 2023.