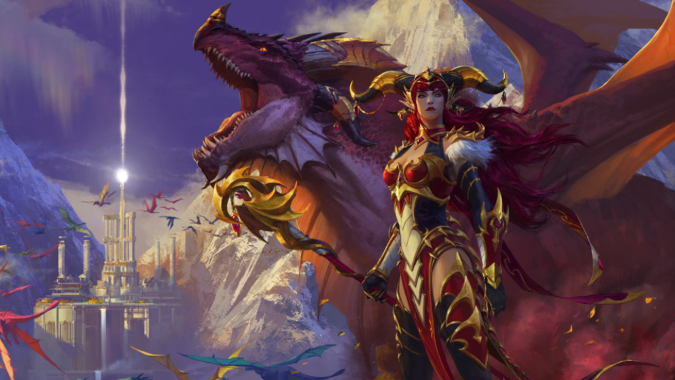 World of Warcraft: Dragonflight expansion pre-orders are now available, and there are a few surprises in store for folks checking out the next expansion. First up, Dragonflight will be available on or before December 31, 2022, so Blizzard currently believes it can and will launch Dragonflight before the end of the year.

If you remember what happened with Shadowlands’ delayed launch, which allowed players to get refund for their pre-orders, you know that pre-orders have to give players a release date that the company is confident about hitting. It would have been easy for Blizzard to put an on or before date from 2023 here, but it didn’t. And that implies Blizzard is pretty sure of having this expansion out by the end of the year, and likely before that. December 31 is not necessarily the final release date: it’s just Blizzard’s promise that it won’t be delayed past that date. That means Dragonflight could be in our hands relatively soon.

The expansion will come in the typical three editions that we’re more or less used to, but Dragonflight is going to be more expensive than Shadowlands was. There are three tiers from the expansion on the pre-order page:

You can also pick up the Epic Edition as a Collectors Set if you want a physical copy of the game to put on a shelf next to your collection of, well, Collectors Sets. In addition to everything you can get in the electronic version of the Epic Edition, you will also get the usual art book, an Alexstrasza mouse pad, and a five pin Dragonflights-themed pin set.

So there you have it. While we don’t have a release date just yet, Dragonflight pre-orders are available — at a slightly more expensive price — and we’re likely see this expansion within the next six months. Have at it, internet conspiracy theorists!

Blizzard Watch is made possible by people like you.
Please consider supporting our Patreon!
Filed Under: 2022, Dragonflight, Dragonflight Pre Orders, On Or Before December 31, World Of Warcraft Dragonflight
Advertisement