Confused about dual-wielding in D&D? Here’s how wielding a weapon in each hand works in 5th Edition 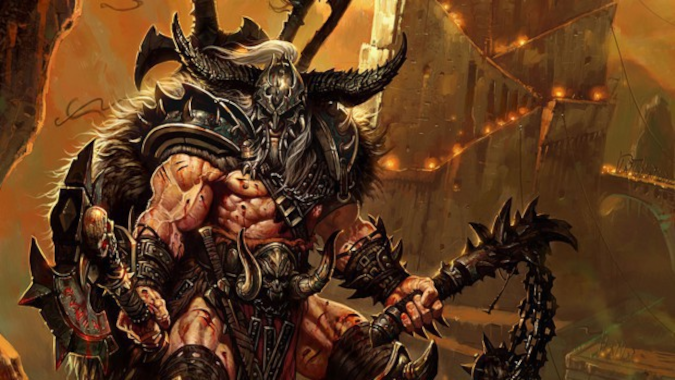 Whether you have the idea of playing a quick-witted Rogue with a pair of daggers or a juggernaut of a Barbarian wielding a pair of massive swords, in D&D 5e that’s called two-weapon fighting, or dual wielding. It’s a fun fantasy concept, but it’s not a very common practice in real life for a variety of reasons. Sure, it’s known to have happened, from fencers with a parrying dagger to twin-swords practitioners of martial arts, but mostly dual wielding weapons just looks cool as heck. And of course we all know about that one Drow Ranger with twin swords, but let’s not go there. Suffice to say that dual-wielding weapons is an iconic fighting style that your D&D character may want to emulate.

And fortunately, two-weapon fighting is very simple in the current edition of Dungeons & Dragons — you don’t even need to play a specific class to have access to dual wield weapons. Even a Wizard or Cleric can use two weapons in combat, so your options for making a dual-wielding character are wide open.

But dual-wielding in D&D does come with some restrictions, so let’s talk about how two-weapon fighting works and when you should use it. 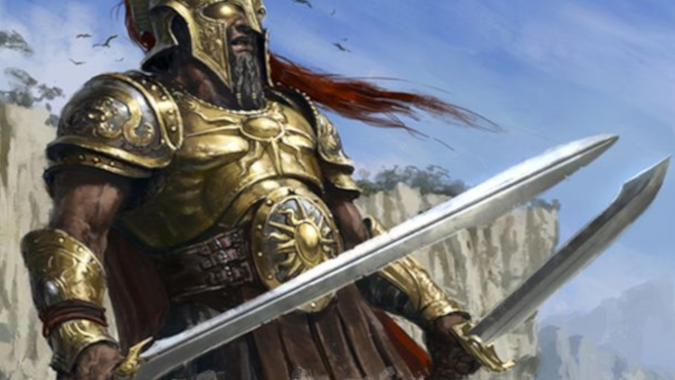 Let’s start by looking at the rules straight from the Player’s Handbook:

If either weapon has the thrown property, you can throw the weapon, instead of making a melee attack with it.

Weapons in D&D have Weapon Properties that define what you can do with them. A light weapon in particular is defined by being smaller, less heavy, and specifically being ideal for use in the off hand for dual wielding. Weapons with the weapon property light include clubs, daggers, handaxes, light hammers, sickles, scimitar and shortsword. You’ll notice when looking through the PHB that most of these are Simple Weapons and their damage dice are 1d4, while the scimitar and shortsword are both Martial Weapons and use a d6 for their damage dice. Only some classes are proficient with Martial Weapons, — Barbarians, Fighters, Paladins and Rangers are proficient in all Simple and Martial Weapons, while other classes like Monks, Bards, and Rogues are proficient in specific weapons like Shortswords that can be used in the off hand.  This is an important limiter to be aware of when thinking about a character using Two-Weapon Fighting.

If you really want to, your Rogue can dual-wield daggers, attack with the first, and then spend their bonus action to attack with the second. (Or, with thrown weapons, throw the second. Or throw the first and stab with the second. The possibilities are endless!) But that second attack won’t be as strong as the first, because it doesn’t have a damage bonus based on your character’s ability modifier. It will also cost you a bonus action — that’s a particularly high price for a Rogue, who can use a bonus action to Hide for Sneak Attack damage, but you can absolutely do this. Bards, Warlocks, Sorcerers, and any other class can do the same thing.

All you need to get started are a pair of light weapons, which are — as the name implies — smaller weapons so you can wield one in each hand. But that also means those weapons do less damage. What if you want to dual wield something bigger? If you’re thinking less deft, agile combatant and more picks up two axes the size of small boats and lays waste to everything, how do you build it? 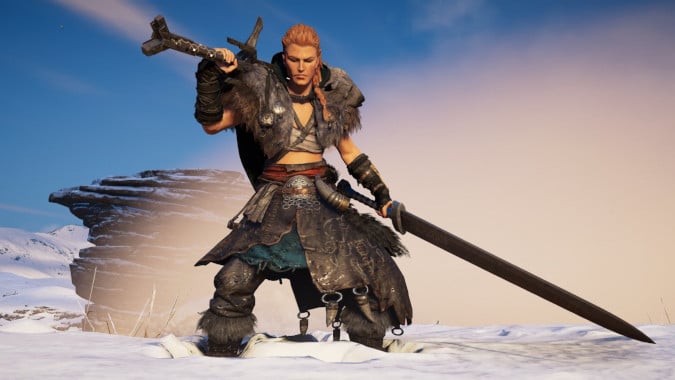 How to improve dual wielding damage in D&D

Any class can dual wield, but not every class will want to. Some classes have an advantage when using Two-Weapon Fighting: both Fighters and Rangers have access to Fighting Styles, and one of the options improves dual-wielding power. Other classes can also pick up this Fighting Style by picking up the Fighting Initiate feat.

When you engage in two-weapon fighting, you can add your ability modifier to the damage of the second attack.

Though you still need to use light weapons, you at least get full damage bonus, so that second attack packs more of a punch. That removes the first limiter on dual wielding damage output, but what about being forced to use weapons that roll 1d4 or 1d6 for damage? How do you beef up from daggers and shortswords?

Again, the answer is a feat, one that will let you scale up those weapons.

You master fighting with two weapons, gaining the following benefits:

You gain a +1 bonus to AC while you are wielding a separate melee weapon in each hand.

You can use two-weapon fighting even when the one-handed melee weapons you are wielding aren’t light.

While this feat offers several boosts for dual-wielding characters, the real draw is the ability to use two-weapon fighting even when the weapons in question aren’t light weapons. They still have to be one-handed weapons — sorry, no greatswords or polearms — but battleaxes, longswords, and warhammers can all be used for dual-wielding if you pick up this feat.

If you combine this feat with the Two-Weapon Fighting Style, your character will be able to dual wield longswords and attack with each, both with full ability score damage bonus. If you have a way to pick up a feat at level 1 — such as the Variant Human race — you can do this starting at level 1. A Fighter at 1st level rolling 1d8+4 damage on two attacks can kill almost anything they’re fighting at that level in one or two rounds. With the right setup, dual-wielding can be very powerful. 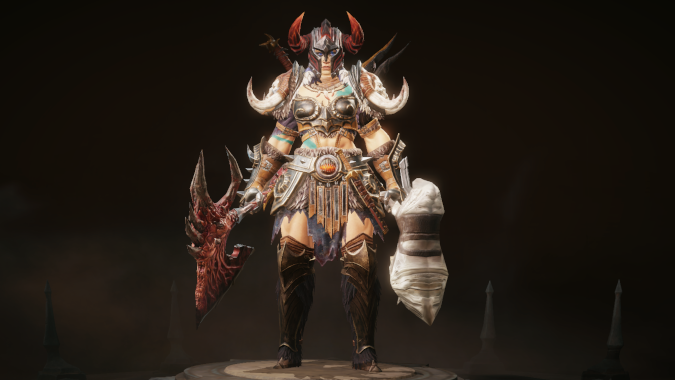 The pros and cons of dual-wielding weapons in D&D

So far dual-wielding sounds great, right? But it does have its drawbacks.

It has weapon restrictions. Without the Dual Wielder feat, you’re restricted to light weapons — this may suit your playstyle (and your character concept) if you’re playing a Rogue or a Bard, someone using two smaller weapons and precision. But what if you want to play a Barbarian or a Paladin who uses two swords or axes? You’re not going to be satisfied rolling 1d4 or 1d6 — the highest damage for baseline light weapons — when you attack.

It doesn’t work with Extra Attacks. It might sound exciting to be a dual-wielding Fighter taking multiple attacks a round in a wild flurry of longsword swings. But classes with the Extra Attack feature don’t get an extra bonus action, so you still only get one off-hand attack per round. You won’t get four attacks at level 5, Fighters and Rangers — you’ll get you baseline attack, your bonus action off-hand attack (a single extra swing from your second weapon), and then your Extra Attack. You’re still getting a lot of attacks, but perhaps less than you thought.

That’s still three attacks for a dual-wielding player compared to the Barbarian’s potential two greatsword swings, but the greatsword does 2d6 +ability bonus damage. Think 1d8+4 three potential times vs 2d6+4 twice — 36 damage max for the dual wielder vs 32 max for the 2h weapon (not counting crits), assuming the Barbarian doesn’t have any feats like Polearm Master. You’re doing good damage, but you had to take the Dual Wielder feat and the Two-Weapon Fighting style to get here. It can feel a little weird to have spent two feats (or one feat and a fighting style) on a combat style that is roughly equivalent to what another class could do baseline with a two-handed weapon.

But there are advantages to two-weapon fighting, too. Using two weapons means those weapons can have different magical bonuses. Fighting giants that have been infected with lycanthropy? You can use a Giant Slayer Longsword in your main hand and a Silver +1 Battleaxe in your off hand. And Paladins, Rogues, and Barbarians can grab to Fighting Initiate feat to pick up the Two-Weapon Fighting style to good advantage. Though it costs an extra feat, it’s worth it to be able to add your full damage bonus to all your dual wield offhand attacks — and depending on your character, that may be easier than taking a level in Fighter or two levels in Ranger to get that Fighting Style. Oh, and Rogues? If you miss with your primary weapon attack and don’t expect to be using your bonus action this turn? You can get Sneak Attack on your offhand attack. Just a head’s up.

Still, if you’re planning a dual-wielding character, you need to weigh the pros and cons. 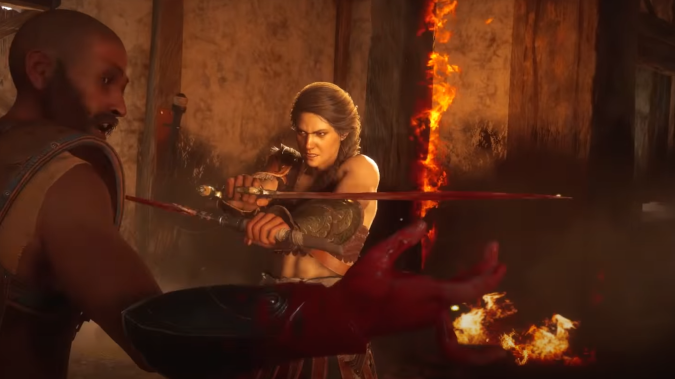 On paper, dual wielding is fine, but I think if it’s going to require at least one feat (and two if you’re not playing a Ranger or Fighter) to be at its best, then 5th Edition should lean fully into that and offer a wide variety of feats or even subclasses built around the idea. One feat I really miss is the 3rd Edition Monkey Grip feat, which allowed you to dual-wield weapons sized for larger characters — so a medium character like a Human could use a longsword sized for a large ogre or giant. This also meant you could dual wield greatswords, at a penalty to attack rolls due to the weapon’s greater size.

Another possibility would be a Versatile Wield feat that let you use the Versatile damage dice when dual-wielding Versatile weapons, allowing you to benefit from the higher damage potential those weapons possess. You could balance this by removing the AC bonus because you’re swinging wildly to make those weapons hit harder. Or a Finesse Fighter feat, leaning into the use of a longer weapon like a rapier or longsword with a shortsword or a dagger, adding an additional AC bonus and letting a character fighting with this style make a parry roll as a reaction to reduce incoming damage based on the use of parrying daggers in real life fencing.

Basically, I want there to be as many options for players who want to use two weapons as there are for other playstyles. Dual wielding has been in D&D for years, and I’d like to see it keep being as cool as we all know it should be.

Blizzard Watch is made possible by people like you.
Please consider supporting our Patreon!
Filed Under: Dungeons And Dragons Characters, Two-Weapon Fighting Style
Advertisement