All of the Alchemy Phials in Dragonflight alpha 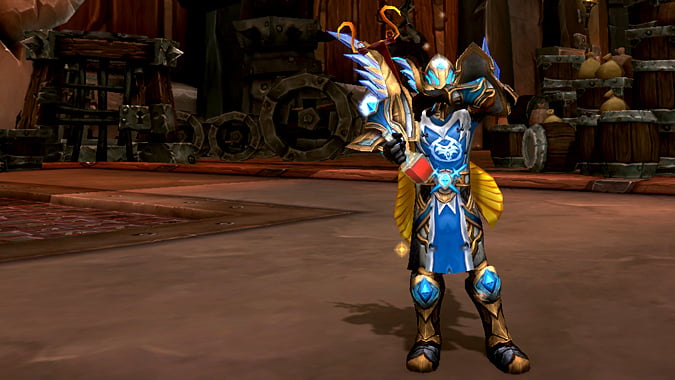 WoW’s standard Alchemy formula is changing in Dragonflight. Gone are the flat buff Flasks we have enjoyed for so long, replaced by Phials, which offer unique benefits for a shorter 30 minute duration. Blizzard says that short duration is because Phials have buffs that may not be ideal for every encounter, so you may want to change them for different fights — with a shorter duration item, it’s less punishing to swap around. However, if you plan to stick to the same flask (like how I intend to use the Phial of Static Empowerment all the time), you can drink another one to add 3o minutes to the buff’s duration, putting them on par with Flasks.

There’s still a lot we don’t know about Phials (and the rest of Alchemy’s crafted creations). Because of the reduced duration, I would hope the materials required to craft them would be around half of what it took to craft a Flask, but this information isn’t currently in the alpha, so we’ll have to see how it develops. Remember that this is still an alpha test, which means that the Phials below may not be final. Things could be added, things could be removed, and stats could change before the game is released.

That said, let’s take a look at all of the Phials currently available in the Dragonflight alpha. Be aware that the updates to professions in Dragonflight mean crafted items are getting ranks (from one to three) with higher ranks offering improved benefits — you’ll find the numbers for each rank listed in-line below.

Like Flasks, most Phials will offer buffs to your primary stat, or another useful stat. However, most of them have caveats that will make them more or less useful in different encounters and for different classes, such as giving buffs for the number of enemies attacking you or giving buffs when you stand still.

Phial of the Eye of the Storm
Your [PRIMARY STAT] is increased by 60/65/79 for each enemy that is attacking you, stacking up to 5 times.

Phial of Elemental Chaos
Infuse yourself with the power of the elements, periodically granting you elemental boons. Each boon increases a secondary stat by 145/151/227 and grants a bonus effect.

Each boon lasts for one minute and immediately switches to another when it expires. The order appears to be random: you can get one on repeat for several minutes, or you can constantly swap from one to the other. These are the different boons:

For fights where you can’t maintain the conditions involved in many of the straight stat buffs above, this could be a good alternative. Will it be better than a stat buffs listed above? That will probably depend on its proc rate and how much damage output it can generate. (But either way, it has a very cool theme!)

This is an interesting one that encourages your healers to not heal, but it might be a good option for healers that weave in damage-dealing, like Discipline Priests, Holy Paladins, and Mistweaver Monks. But in an encounter, five seconds is a long time, so it might be difficult to maintain that buff and get much benefit.

Phial of Still Air
After taking actions besides healing for 5 seconds, your next heal is increased by 3695/4056/4887.

What are they? What do they do? I’m really not sure. There are several Phials that buff stats I’m not familiar with and aren’t currently on the alpha character sheet.

Crystalline Phial of Perception
Increases your Perception by 278/288/435.

These are all of the Phials we know about so far, but watch this space: we’ll update this list as we get more details on Dragonflight’s Phials.

Blizzard Watch is made possible by people like you.
Please consider supporting our Patreon!
Filed Under: Alchemy, Dragonflight, Dragonflight Alpha, Phials
Advertisement