What kinds of crossovers would you like to see once Activision Blizzard is owned by Microsoft? 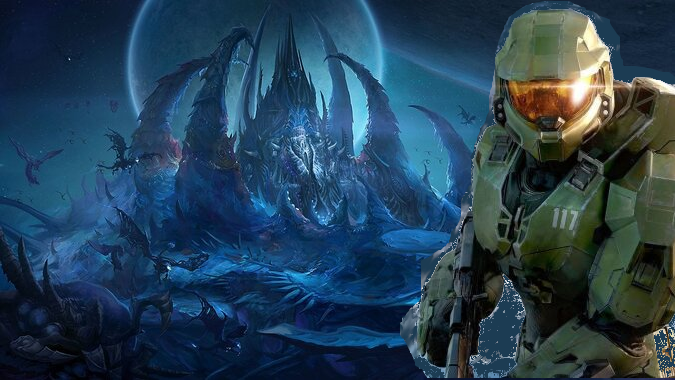 I keep thinking about what it would be like if Obsidian made a single-player RPG in a Blizzard IP. Based on their Alpha Protocol game, an Obsidian game dealing with Talon and the seamy underbelly of the Overwatch setting could be astonishing. And once Microsoft completes their deal with Activision Blizzard and takes ownership of all the company and its constituent parts, they’d own both Obsidian and Blizzard and could very well do that.

Think of it this way — the same company is about to own The Elder Scrolls Online and World of Warcraft. Sometimes I imagine someone at Microsoft drawing up plans for what to do with these new acquisitions and actually doing something amazing like not only getting someone to bring Heroes of the Storm to getting a company like Ninja Theory or InXile to be the ones developing it — companies that have never made a game like that, and therefore might well do something completely new, different and even dangerous with it while still being known for making quality games.

But also, imagine things the other way around. Imagine what a Halo game by the Overwatch team might look like, or heck, maybe we could get an actual story crossover between Halo and Overwatch, or Halo and StarCraft with the Master Chief facing off against the Zerg. Tell me you wouldn’t play a first-person shooter/RPG hybrid telling the story of the Unified Earth Government rocking up to the Koprulu Sector. Heck, the dates between the two franchise almost line up, with the United Earth Directorate being established in 2499 in StarCraft and the UEG beating the Covenant in the 2500s. You could easily Tekken V Street Fighter this. People have been drawing this for years, and now, someone at Microsoft can make it happen.

So what about you? Looking for a Lost Vikings crossover into Skyrim? Excited about possibly getting to see Arkane Studios work on a Dishonored style stealth game in the Diablo universe? Maybe Rod Ferguson can lead the Diablo team on a gory horror themed Gears of War expansion and bring everything home? What crossovers would you like to see from the Stitches like construct Microsoft will be after this acquisition?

Blizzard Watch is made possible by people like you.
Please consider supporting our Patreon!
Filed Under: Crossover Games, Halo, StarCraft Halo Mashup
Advertisement