You have a time machine — what would you change about World of Warcraft before it was released? 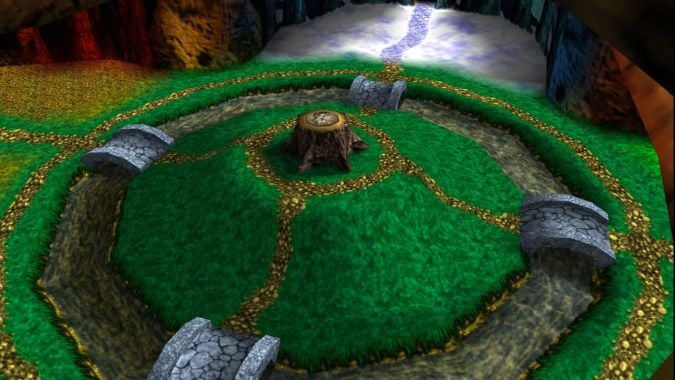 Yes, I know you’d probably do other stuff with a time machine, but just assume this particular time machine will only allow you to go back and change things about an MMO because its creators were extremely monofocused, okay? Just run with me here. You step out of the time machine, and you can change anything you want about World of Warcraft and then the time machine is going to pop you right back to the modern day. So what about it? What do you change?

Personally I’d rip the entire original class system out by the roots. The way WoW executed classes by the time of its launch in November of 2004, there was a lot of borrowing they did from Diablo 2 and its talent system. I would have borrowed more, and just plain lifted the classes from Diablo 2, then mixed them with various Hero units and so on from Warcraft.

The way I think I would have gone about it is that I’d have you start off with one of several basic classes and then grow from there, while preserving the roots of the characters. So if you were playing Horde and rolled Orc, you’d start off with a Grunt, then you could pick at level 10 to specialize as a rage monster Barbarian, or a disciplined Blademaster. Humans would start off as Footmen, then would choose between Knights, Paladins, and Armsmen, while Dwarves would go from Mountaineer to Mountain King or Dragoon. Druids and Shamans would have both come from a Naturalist root, and would have been available to Night Elves and Tauren.

I’d also try and put right what once went wrong and probably get stuck quantum leaping a lot, but that’s not really important. So what about you? What kind of changes would you make to World of Warcraft if that time machine showed up in your front lawn?

Blizzard Watch is made possible by people like you.
Please consider supporting our Patreon!
Filed Under: Changes To WoW, Time Machine
Advertisement