Could a Wrath Classic gear ilevel squish in Trial of the Crusader and Icecrown Citadel keep Ulduar relevant longer?

If you raided during Wrath of the Lich King, you almost certainly remember Ulduar, which to this day is considered one of the best raids WoW ever had, so you may be surprised that the Wrath of the Lich King Classic team is considering making changes to Ulduar as well as the raids that followed it. WoW Classic game producer Aggrend got on the forums to explain exactly what they’re debating doing to Ulduar, Trial of the Crusader, and Icecrown Citadel in Wrath Classic. 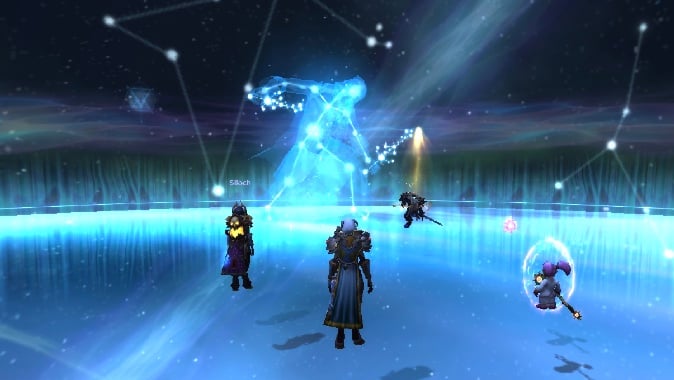 How can Ulduar remain relevant longer?

Give Ulduar time to breathe

Going to start with a little history recap here; In original Wrath of the Lich King, Ulduar occupied an interesting design space as even the normal modes for many of the bosses were a pretty large cut above Naxxramas 10/25 in terms of difficulty. For many people just joining World of Warcraft during at the start of Wrath of the Lich King, Naxx was potentially their first raid and as Naxx was so accessible, it had huge participation. Ulduar however, had much lower participation and many groups that were successfully clearing Naxx and the other Tier 7 raids suddenly found themselves struggling.

Overall a few different things were tried including some nerfs to Ulduar as well as trying to get a new raid out to players to bridge the gap between Ulduar and Icecrown Citadel. This raid was released around 3 1/2 months after Ulduar, and was released with gear equivalent to another full tier up from Tier 8 gear, with the addition of heroic mode which provided an even larger ilvl jump over normal mode than rewards for defeating hard mode encounters in Ulduar were. By early World of Warcraft raid tier standards, Ulduar had a relatively short run before being effectively replaced and outclassed by significantly better rewards from a much more accessible raid in Trial of the Crusader.

As years have passed, we think its safe to say that Ulduar is now regarded as one of the best and most unique raid experiences in WoW, and those that enjoyed it undoubtedly felt like it was cut quite short. We want to make sure that Ulduar is front and center during its time in Wrath Classic, and still has healthy amount of time to breathe before Trial of the Crusader is released, and by extension, Season 7 for Arena is introduced.

I happen to have the two titles that only a realm first Algalon kill would get you, because I was in a guild that killed Algalon on my server before anyone else. To put how short the period of time before Trial of the Crusader came out really was, I got those titles after we killed Heroic Anub’arak 25. It took us three and a half months to clear out a raid with multiple hard modes and thirteen bosses — plus Algalon — for 14 total.

I’m not going to say every guild took as long as we did to get Algalon down, much less Yogg – 0. In general, Ulduar was a complex raid with difficulty modes based around your approach to specific boss encounters — blowing up XT-002’s heart before he pushed into a new phase, fighting the Assembly or Order in a specific way, not using the various Titan Watchers to help against Yogg-Saron. Truly conquering it was simply just way more complex than doing Naxx, the Obsidian Sanctum, or the Eye of Eternity.

Keep in mind, one thing Aggrend doesn’t mention here is that even the five player dungeons that came along with Trial of the Crusader had gear on par with 10 man Ulduar, and some of those items were near to best in slot. So between the raids and the five player dungeons, well-designed experience or no, Ulduar was essentially skippable after ToC dropped.

Now, one way to extend Ulduar’s shelf life would be to simply push ToC back a few weeks, letting players spend more time in the raid overall. The problem there is, so far in WoW Classic, raids are not lasting anywhere as long as they did originally. There’s way too many raid strats and detailed encounter information, and too many players who’ve cleared the raids already. I would be amazed if Algalon isn’t dead within a few days of Ulduar opening in Wrath Classic — seeing him die within a few hours of launch seems more likely. So leaving Ulduar as the only progression option longer may not be a solution. 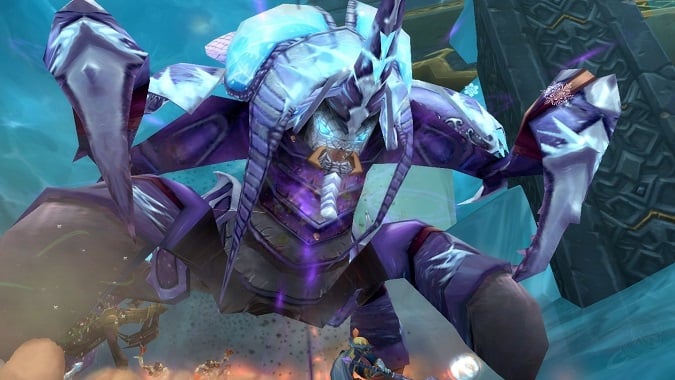 Is a gear squish the solution?

One idea that Aggrend mentions — and makes sure to emphasize is just an idea at this point — is seeing an ilevel squish in both ToC and ICC. That would mean that, while we’ll likely still see ilevel upgrades going from Ulduar to ToC, there probably won’t be 10 normal ilevel 232 gear, 10 heroic/25 normal gear at 245, and 25 heroic gear going up to ilevel 258, so that ICC 10 normal gear has to start at 251 to be competitive, meaning that Ulduar gear at 232 for weapons and 226 for other gear just won’t be attractive. If you make it so ToC normal gear is at 232 and only the heroic gear goes up to 245, without 25 Normal’s 258 gear, it’ll make Ulduar worthwhile for longer even if it gets cleared a lot quicker this time around.

Now, keep in mind, they have not said they’re going to do this, only that they’re thinking about it. I’m sure there would be detractors of an ilevel squish in ToC and the ripple effects it would likely have in ICC — would ICC gear like the Citadel Enforcer’s Claymore also be squished down, perhaps to match the new top level of ToC gear? Would the top level gear that dropped from Heroic Arthas no longer be as good? Still, I think if you’re looking to keep Ulduar longer lasting, squishing ToC and ICC gear is an option you have to consider.

We’ll know what they decide to do once they tell us, I suppose.

Blizzard Watch is made possible by people like you.
Please consider supporting our Patreon!
Filed Under: Icecrown-citadel, Ilevel Squish, Trial Of The Crusader, Ulduar, Wrath, Wrath Classic, Wrath Classic Raids, Wrath Of The Lich King
Advertisement