What Damage heroes have changed the most in Overwatch 2?

While playing many Damage Heroes will feel like coming home when you start playing Overwatch 2, there are definitely some changes to how Damage Heroes work worth noting. Three Damage Heroes in particular have been changed significantly in the meantime: Mei, Doomfist, and Bastion. They’ll will still feel familiar to diehard players, but they’ve undergone bigger changes which mean you’ll want to spend a little time with them on the Practice Range before you bust them out in Quick Play.

The least changed Damage Hero to note here isn’t a Damage Hero at all — at least, not anymore. Doomfist has been moved from being a Damage Hero to a Tank one. And while he’ll feel similar, he’s had enough changes that players will certainly have to get used to the new playstyle. But he’s a Tank now! And this is about Damage Heroes, of whom Mei and Bastion have had the biggest changes.

Here are the details of Bastion and Mei’s revamps — one a slight adjustment, one a drastic overhaul. 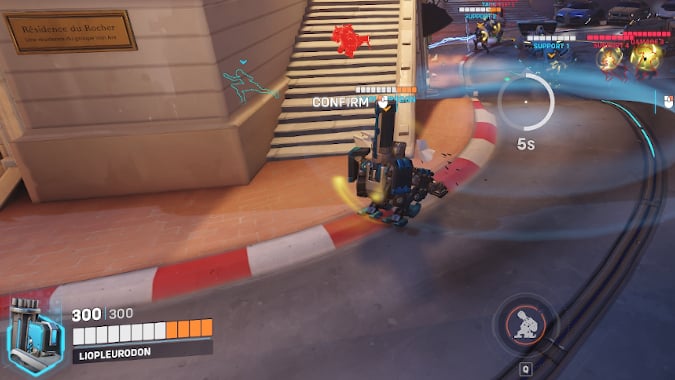 Bastion is perhaps the Hero whose kit has evolved and changed the most through the course of Overwatch as a whole. He’s always been a tricky hero to balance, because he tends to be very strong in some brackets and unplayed in others; OP on some maps and with some comps, and utterly useless in others. If you buff him for the maps where he’s crummy, he gets just that much stronger on the maps where he’s already a powerhouse.

As such, with the new maps and map types, it isn’t a surprise that the dev team is using the jump to Overwatch 2 to completely overhaul the balance nightmare of Bastion.

Now, you’ll spend the vast amount of your time in Recon mode. You’ll be able to enter Assault mode, but it’s now a Left Shift ability, with a duration of 6 seconds and a 12 second cooldown, so you’ll have to choose when the time is right to spray your ammo across the opposing team. Luckily, you have a new ability to use in Recon mode to make you a little more deadly: the A-36 Tactical Grenade, which is a powerful AOE on a 9 second cooldown. The trade-off is that the grenade is on your right click, which was previously used by Bastion in all modes to self-repair. Now, he’s reliant on Support players to heal him back up.

Bastion’s Ultimate is now also completely changed. In Artillery mode, Bastion fires up to three air strike-style projectiles targeted toward a circle on the ground you can move around. You’ll have only seven seconds to fire off the three shells, so don’t delay in using them ASAP to get the best literal bang for your buck. Deploying it feels like a less disruptive version of Doomfist’s Meteor Strike — but slightly safer, since you can fire from afar instead of leaping into the thick of battle. However, you’ll have to use this very carefully, because Bastion is completely immobile for the duration.

Bastion’s general increased mobility means he’s not utterly useless in places — like any time he has to actively assault anything. This will especially be important in the new Push map type, where the robot goes back and forth across the playing field. However, he can no longer just sit down on a Payload in Turret mode until Widowmaker finally snipes his head off through an Orisa shield, removing the one niche use he saw playtime for in the first place. I have a feeling Bastion will still be a menace in Bronze or Silver play, but will be passed over quickly when the MMR starts climbing. 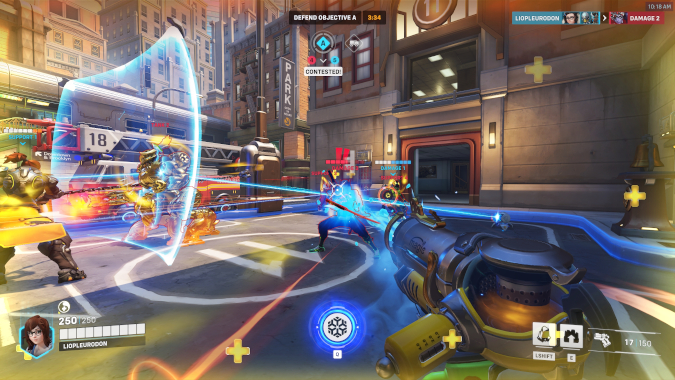 Mei hasn’t seen the depth of changes Bastion has, but there’s one quite significant change to her kit which changes a lot about her play. She still has her walls and her Cryo-Freeze, and her Snowball Ultimate hasn’t changed from its area denial and freeze effect. Her right click ice projectile icicle is still the same, too.

The main change made to Mei is that her primary fire weapon, the Endothermic spray, will still slow opposing Heroes hit by it, but not as much as before. The biggest change is, no matter how much they’re hit by it, it will no longer freeze the target. The only freeze Mei now has for opposing players is tied to her Ultimate.

Mei is still a good counter to those annoying, zippy Heroes that like to dive into your backline, kill your Ana, and charge right back to the safety of their own team. However, Mei’s predominant combo won’t be to wait until that Tracer is frozen and then right click her head anymore. You need to alternate between your primary weapon to control their movement capabilities, then track your target for the right click assassination on the move.

From a meta perspective, this makes a lot of sense. Mei is still great at babysitting those healers. Getting into range of a Mei for that Genji is still dangerous, and she adds a good layer of control to the fight. Mei still makes an excellent counter pick if you have a troublesome opposing Sombra. But she isn’t as hard a counter to these Heroes, and it takes a bit more skill to pull off the kills.

I completely understand why this change was made. However, from the perspective of someone who enjoys playing Support with some frequency, I hate it. I hate it so much.