The Queue: A Watery upset 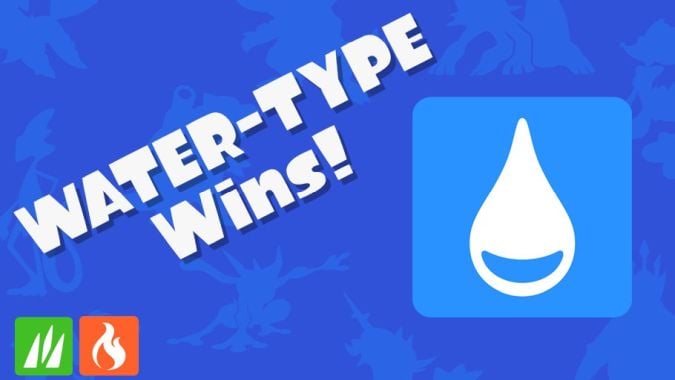 Welp. Shiver’s win streak is not only over, but it was ended with a complete knockout. #TeamWater took every. single. win. The irony, of course, is that I almost always go with Water starters — but I just can’t resist Sprigatito (or Shiver).

Anyhow, I at least managed to make it to Ruler at 5am in a hotel hundreds of miles away. Frankly, I wasn’t sure if I’d get to even play, so I’ll still call it a personal win.

Anyhow, that’s the past and this is now. And now is The Queue.

TELWAR STARTS US OUT WITH SOMETHING ODDLY SPECIFIC:

How often do you get a haircut?

Y’know, this was something my best friend asked me about a few years back. We lived together for a year, and, not surprisingly, he got to see how long I went between haircuts — roughly 3-4 months apart, to answer your question — and seemed to think it was very not-often.

For him, he likes his hair to stay roughly the same. If it starts to look different, it’s haircut time. For me, I like to get it cut fairly short so I can style it for a while, then over time it’ll grow out and I kinda let it do its own thing. There’s usually a point where I go from “totally happy” to “omg I need this cut yesterday” and it happens overnight. But it pretty consistently happens every 3-4 months.

The other factor here is that I go to a stylist I trust, but she’s neither close nor as cheap as a barber. So I usually make an afternoon/evening out of the whole thing and enjoy my time in her neck of the woods.

…ngl, I don’t think I was expecting that long of an answer for that question but hey. That’s the way things Mitch.

KALCHEUS GIVES US OFF-BRAND 2BE:

Violet, and it’s entirely because of Ceruledge.

Well, not entirely. Purple is my favorite color and I was probably always gonna go with it anyhow. But Ceruledge definitely sold me on that choice.

RED NEEDS ME TO PICK A NEW PATRON:

Yogg tells you that he really appreciates your devotion, but he can’t be your Patron God anymore. Which Old God is your 2nd pick, and why?

I always have a hard time here, because Social Media N’Zoth is the GOAT. But in-game? I’m torn between C’Thun (the OG OG) and Y’shaarj, who I find fascinating and want to know more about. Sorry, G’huun, but your best moments are when I’m writing your adorable attempts at horror-scopes.

Growing up, it was almost always scrambled — easy to make, easy to top, easy to mix with. But in recent years, I’ve been preferring them fried over-easy/medium.

I think as a kid, I always assumed that if the yellow part was runny, you were going to get salmonella and die. I’ve come to realize that’s not quite the case, and I enjoy a good skillet with a fried egg I can mix together.

ARTHONOS HAS ANOTHER OLD GOD QUESTION FOR ME:

Q4tQ: If you could design your own Old God, what features would you give it?

This is one of those questions I love to include because it’s a great thing to think about, but it’s also one of those questions I wish I’d given myself more time to think about. Old Gods currently cover a lot of the typical Lovecraftian features, but I also don’t know how I’d feel about changing up Old Gods so much that they feel like an off-shoot.

For instance, what if there were an Old God infused with the Light? Or really any of the other schools of magic? Did the Titans do more messed up experiments leading to more G’huunies? If yes to any of that, how much like Old Gods do they really feel?

So I don’t have a great answer that I’m 100% committed to right now, but I think I’d do something to give them more depth. Not that they don’t have any depth now, but people can only relate to ancient horrors so much. Put whatever new Old God it is in a more vulnerable position but one that also asks players to think about what will happen if they give into sympathy.

Alternatively, instead of eyes, mouths, or tentacles, give the Old God lots of feet. Just feet everywhere. Feet for teeth! That sounds pretty horrifying to me.

Why is Thanksgiving the best holiday?

What are your plans for Thanksgiving?

Will the Lions win their game?

Honestly, it’s one of my least favorite holidays : But I also just don’t really like November. It’s when fall officially ends (see: outside right now) and the world just gets darker and colder and more lonely. I am not thankful for that! I hate that! And I can’t even go outside to work off all the food I feel obligated to eat because it’s freaking cold.

This Thanksgiving is going to be two smaller affairs — one on my family’s side with basically just my immediate family, and one on the GF’s side with some cousins and such. Black Friday, however, is an annual beer trip with some friends, and THAT I am very excited for.

Sure! I know statistics aren’t on my side, but I’m always going to assume yes and be happy when I’m right.

What is your favorite limerick?

If you could create one D&D magic artifact what would it be?

I want a better answer than “Knaifu” but Knaifu is all my mind is going to. If not that, I think I’d want something that’s not a standard fantasy weapon. Make it an infusion that adds glowing lines to your body. Make it an orb you stuff into your chest like Iron Man. Something other than “Oooh, a sword — but stronger!”

CORY CLOSES US OUT WITH NOSTALGIA:

Q4Mitch Q4Anna: Q4Liz: Favorite thing from each expansion and go! It could be a memory, a piece of gear, a fight — just things that really stand out to you when you think back to those expanisons.

Oh, jeez, EACH expansion? But we’re up to so many right now. Guess I gotta go a bit more rapid-fire.

Aaaaand that’s our Queue for today! Hopefully none of these questions broke anything. Assuming they didn’t, please discuss them — and then leave lots of questions for tomorrow’s writer. Until next time!