The Queue: The adventures of Dwarf Mohawk and Elfy Stabsalot 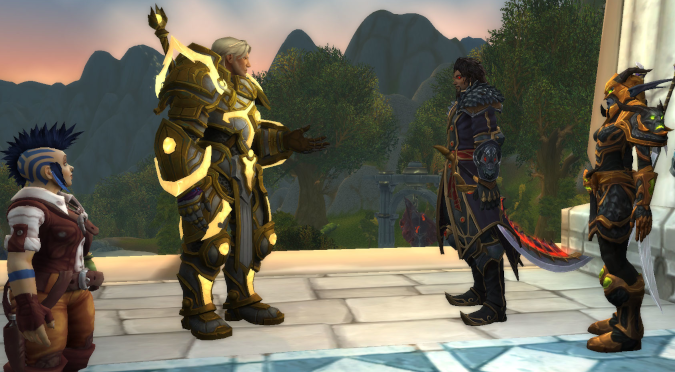 Five years have passed since the mortal races sorta-kinda joined forces, or at least didn’t directly attack each other, to defeat the forces of Death. Now, the drums of going someplace that isn’t here thunder once again, and to that end, Grand High Poobah of the Alliance Turalyon and Smouldering Intensity Dragon Wrathion have decided to fix me up on a date with a Dwarf Mohawk.

This is the Queue. Let’s go kill a bunch of elementals for catch up gear and then get on a boat and go someplace that isn’t here.

Anyways, we’re told Emberthal’s weyrn was destroyed. The other two groups are Menders and Talons/Warders, which could correspond to healers and DPS. I do admit Warders would say more tank than DPS to me, but putting that aside for a moment, do you think maybe Emberthal’s lost weyrn is the path to an eventual tank spec?

Sure, why not? I mean, I don’t know, they still haven’t put in a Demon Hunter Healing spec, so it’s possible they’re happy with 2 spec class design and maybe even secretly wish they could get rid of a lot of extra specs. Maybe they think Warriors should just have a StabSlashCtush spec and a You Leave My Little Friends Alone spec. Maybe Priests should just have a Good spec and an Evil spec.

Note that I didn’t say which Priest spec was Good and which one was Evil. Go ahead, go wild on that one, y’all.

Seriously, I doubt they intend to introduce a Tank spec for Evokers, but I wouldn’t mind at all if they did. I imagine it would be a bit difficult to balance, but it’s easy for me to ignore that since I’m just a guy on the internet, not someone actually having to do the job of balancing it. 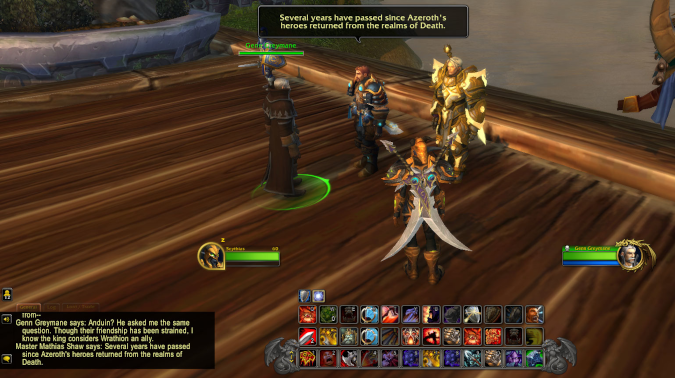 Don’t tease us, Blizzard. Well, no, tease us. Tease us until I can’t discuss it anymore for fear of the tease metaphor getting used in a non family friendly way.

I ran across a bipedal dragon figurine thingy that I probably got as a cheap impulse buy at some point in the past. It’s the kinda standard silver and black made of some cheap metal and plastic thing found all over the place.

Thing is, he looks an awful lot like a Dracthyr. I’m kinda tempted to see if there’s any way to paint him to look like one.

Have you met Joe?

Q4tQ: Any talk about them finally doing away with the silly hoop-jumping to play the Allied Races?

If there is I have missed it. But this is another change I think would be worthwhile at this point. Legion and Battle for Azeroth are well past their freshness date, making players go do that content just to get access to those classes seems silly. If a new player thinks Mag’har Orcs are cool, just let them play one.

Poor Wrathion, constantly searching for his woobie, who is apparently Quantum Leaping all over the place.

Say, has anyone watched the new Quantum Leap? Is it any good?

Wow, I was really worried about being able to earn all the gear, but between drops and 2 days worth of farming I’ve upgraded every item slot except for 2, and I now just need the water essence to make the heirloom.

Yeah, I went from ilevel 202 to ilevel 240 in an afternoon, just need to replace a ring and necklace and I think my bracers and gloves (honestly can’t remember) to hit 252. And I didn’t even really take it very seriously. The big bump you get from the Khadgar quest really helps, plus the signet you can hand in to the Quartermaster. 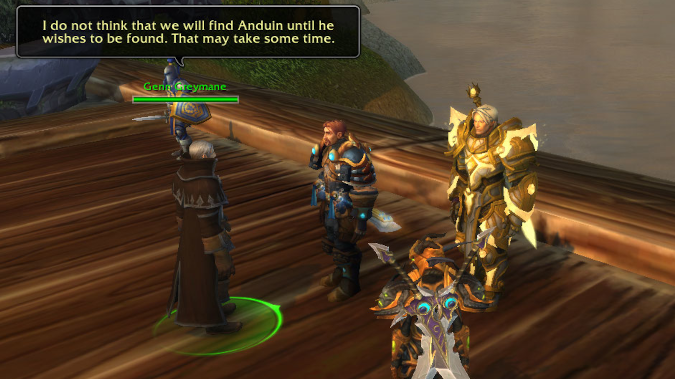 Come on, Blizzard. You gave the Horde the whole Lor’themar/Thalyssra wedding, just let Anduin and Wrathion make out already!

@MatthewRossi Q4Matt Q4Mitch Q4Anna: Q4Liz: Favorite thing from each expansion and go! It could be a memory, a piece of gear, a fight — just things that really stand out to you when you think back to those expanisons.

Okay, that’s the Queue for today. Take care everyone. Have a safe prepatch.

Blizzard Watch is made possible by people like you.
Please consider supporting our Patreon!
Filed Under: Wrathion And Anduin Have Not Gotten To Sit In A Tree Yet
Advertisement