Dracthyr Evokers have officially taken flight in WoW — show us what yours looks like! 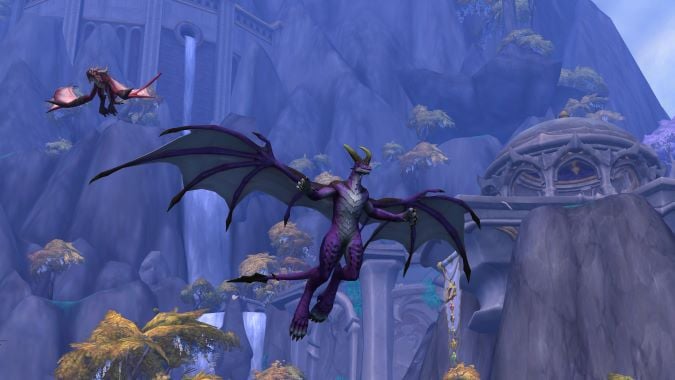 The second phase of Dragonflight pre-patch is complete and the Tempest Unleashed pre-expansion event has begun! You can now fight the elementals across Azeroth and delve in to Uldaman to earn gear and — if you missed out on the Winds of Wisdom buff — continue leveling before the expansion arrives (though keep in mind these rewards are time-sensitive). You can also now begin a new adventure as a Dracthyr and start out in one of the expansions new zones, the Forbidden Reach. With the arrival of the Dracthyr Evoker, we at Blizzard Watch want to know — what does your Dracthyr look like?

Showcasing the variety of customization options for the Dracthyr race has been a focal point for Dragonflight with the ability to let you customize your character more deeply than any other race or class before it. And like Worgen, you can customize your Visage, which is both cool and a bit daunting given all the options! We’ve already seen some folks sharing their Evokers — but we want to see more!

So, show us your Dracthyr! What are their names? Did you draw any inspiration behind their look or naming — if you did, from where? Will they use Devastation to bring ruin to their enemies or will they use the power of Preservation to heal and uplift their allies and themselves?

If you are curious about the range of opportunities for customization potential, or are seeking inspiration for creating a Dracthyr, our own Anna Bell upped her dexterity skill at the cost of sanity and randomized 100 different Dracthyr combinations!

Blizzard Watch is made possible by people like you.
Please consider supporting our Patreon!
Filed Under: Character Customization, Dragonflight, WoW
Advertisement