The Queue: It Is Tuesday, My Dudes. 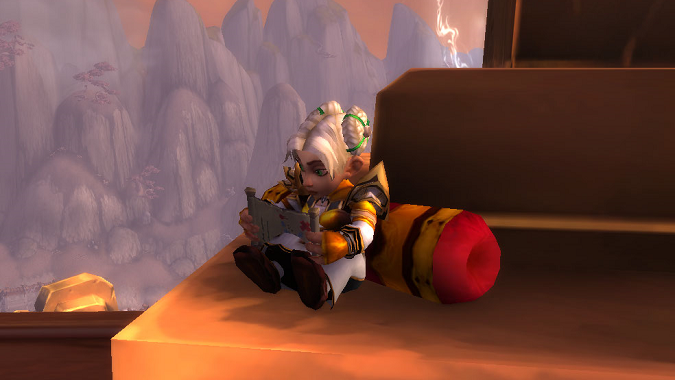 Every time my week has a hiccup from the norm, I instantly become completely unmoored from time and space. So, as I hurriedly rush to finish The Queue (for the second time, because it’s haunted and my first attempt was destroyed, which is not a joke), I’d just like to take a moment to remind you that it is, in fact, Tuesday.

This is The Queue, where you ask us whether it’s Sunday, and that seems legit to me, but it’s definitely Tuesday.

ok, finished the main storyline for GoW: Ragnarok. What’d I miss the past week and a half?

Q4tQ: Follow up to the archeology question, how would you feel if Blizzard did release some new content for it in a later patch, but with the disclaimer that this would be the final addition to archeology ever? I feel like the profession had good intentions when it was dreamed up, but it was never implemented well, and while Blizzard could spend time giving it another revamp I almost feel like the various lore and treasures hidden behind it would be better served as normal open world rewards.

I liked the idea of Archaeology, but in practice the gameplay got really stale in a hurry. This was doubly an issue when we got into things like the display room in Draenor, which were really cool but relied on incredibly specific RNG tied to endless repetition. The rewards were good for lore nerds, collectors, and altoholics, and it was a great way to inject unique rewards for offbeat uses into the system. The core issue — well, the core front-facing issue — is that gameplay loop. I’ll fully admit that when I was playing my healer character I largely neglected Archaeology, but those long DPS queues were made for repetitive gameplay you could drop with no consequence as soon as the queue popped.

That said, I don’t think it would be the best idea, just in general, to dust their hands of any particular gameplay feature. It would still be both useful and fun if they decide to bring it back, and I completely understand why both the Dragon Isles and the Shadowlands wouldn’t be the best place to hunt for relics.

The unknown on bringing it back is, I have no earthly idea how much development time would be wrapped up in Archaeology. They’d need a narrative designer to write dozens of short relevant blurbs, a rewards designer to make a BOA or five, and an environmental designer to place the bunnies to find under the ground properly in dozens of locations. And every time there’s something in a game which seems simple, if I mention how simple it seems to an actual developer who’s ever so much as booted Unity, their eyelid keeps twitching long after I’ve changed the subject.

Why on earth would they cut Dredger punching power in “Secret Service?”

It used to take six punches to kill a rat. Now it takes 11.

Drakkenfyre answered this thoroughly, but it’s an important enough quirk that I want to make sure it’s brought back to the top.

This is a part of one of those between expansions quirks, where they’ve reconfigured numbers in the background in order to smooth things out while they tack another tier of level-related power gain on top. In this case, the punching power hasn’t decreased, but mob HP has scaled, so it takes more hits to kill stuff, pretty much across the board.

QftQ: When is the last time you read Fantastic Mr. Fox? If never, what children’s/young adult novel do you remember chiefly for the food? How do you feel about the liverwurst and cream cheese sammiches from A Wrinkle in Time?

I’ve never read Fantastic Mr. Fox, but I am a very food reward driven person, so almost any mention of food is memorable to me. The cream cheese and liverwurst sandwich from A Wrinkle in Time stands out as being uniquely awful, but the mention of red pepper being added to pasta sauce in A Wind in the Door was also memorable for me. There’s a lot of food in L’Engle’s works, and I read a lot of them — shout out to Zachary’s vichyssoise and Mrs. Austin’s spaghetti with lots of sauce. Everyone remembers Turkish Delight from The Lion, The Witch, and The Wardrobe, but I distinctly remember Santa’s Christmas Feast, and I definitely remember the description of apples wrapped with bear meat from Prince Caspian. Of course, every millennial girl still covets something from Claudia Kishi’s junk food stash. My husband was all about the spiced potatoes from Dragonlance. It’s not YA, but the crab with the missing leg in Joy Luck Club is so freaking heartwrenching and memorable.

It’s kind of funny how, unless they’re books specifically written around food being good, “adult” fiction seems to only really highlight gross, chaotic food. Or at least, that’s how I remember it. Shout out to the stovetop macaroni and cheese with accidental cigarette ash in The Amazing Adventures of Kavalier and Clay. I think of it every time I make macaroni and cheese. No, you cannot hide that with pepper. Not even visually. Blurg.

He’s not wrong….. all this hopping around is making me dizzy.

Yeah, I don’t even know where to start with all this. I hit my breaking point Saturday, when I woke up to two phone notifications from accounts I had blocked months ago. Nope.

My Twitter account is still technically activated, but that’s mostly because I know there are dozens of places I haven’t remembered yet where I just hit the “sign up with Twitter” button. Every other social media platform has its downsides that makes it tough to adopt. I think I’m going to hang out mostly on Instagram for now, with a side of a heavily curated Reddit for more time-sensitive information.

Blizzard Watch is made possible by people like you.
Please consider supporting our Patreon!
Filed Under: Haunted Queue
Advertisement