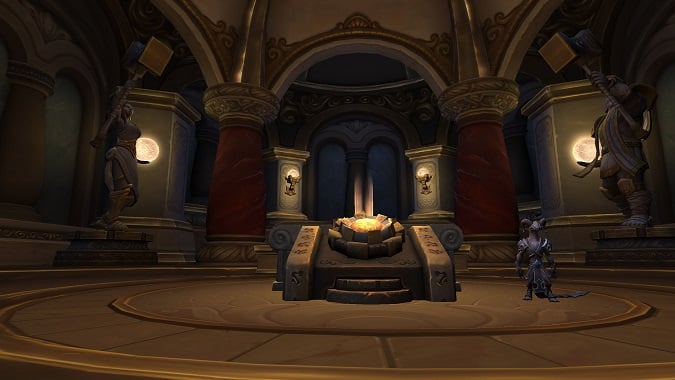 One of the more popular features in Shadowlands patch 9.2 was the addition of the Creation Catalyst which allowed players to convert several categories of armor into tier gear for their bonuses. The first raid of Dragonflight, the Vault of the Incarnates, also rewards tier gear and thus a new Catalyst has arrived in the Dragon Isles: the Revival Catalyst. While this version shares many similarities with its predecessor, there are some important changes that will make it easier to use — especially on alts — when it first becomes available the week of January 23.

The major change is that you will not need a separate currency like Cosmic Flux to upgrade an item. Instead, charges will accumulate via completion of a weekly quest that essentially combines the activities that rewarded Cosmic Flux with the automated gain of charges each week. The quest is completed via “group content” on the Dragon Isles including dungeons, raids, battlegrounds, and rares in the open world as well as events such as the Siege of Dragonbane Keep, Great Hunts, and the new Storm’s Fury event. Of importance is to note that the weekly quest does not need to be completed on just one toon and all characters on your account can contribute.

The maximum number of charges that can be obtained each week is one, and there is currently a cap of six charges that can be stored for each character. The Revival Catalyst is also going to be fully account-wide which shall be a huge boon for those of us who play a lot of alts. Each charge earned is banked on every character on the account, including those that haven’t reached level 70 or even started Dragonflight content yet. When charges are used they only reduce that character’s total by one, so players won’t have to prioritize spending among their characters. 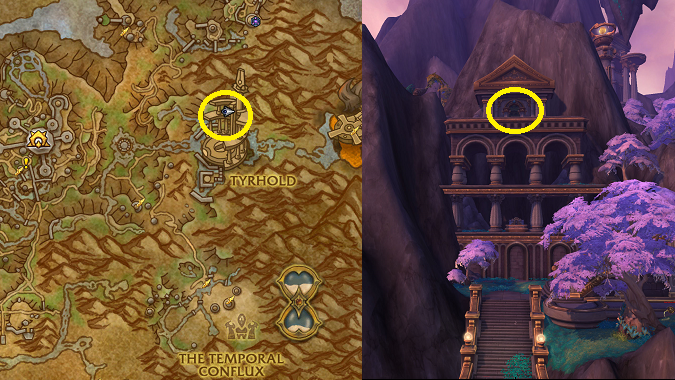 How to get to the Revival Catalyst

The Revival Catalyst is located in the Tyrhold section of Thaldraszus, on the top floor of the northernmost structure. Our old friend Watcher Koranos (still located at the Seat of the Aspects) has the quest “Reviving the Machine” which will lead you to it. While close to Valdrakken the altitude of the building alongside the lack of a nearby flight point may make it a little onerous to get to on your Dragonriding mount, but from the top of the temple where you receive the quest it should be an easy glide down. There you will encounter Antuka, the Catalyst Steward, who is there to provide advice on the use of the Catalyst as well as give the weekly quest with which you earn charges.

The gear that is transformed via the Revival Catalyst will retain the armor’s original ilevel and will unlock appearances from the raid difficulty that matches the ilevel of the gear, so besides the ability to convert gear for a tier bonus you’ll also be able to complete the class set.

The following gear is known to be usable in the Inspiration Catalyst:

The following gear can not be used in the Revival Catalyst:

There are still a few outstanding questions regarding the future of the Revival Catalyst — will charges reset? will there be a separate Catalyst for each tier? — but what we know so far is very promising. Now that it’ll be an “evergreen” feature, the Catalyst will exist alongside tier gear going forward which is great news for those of us who struggle to get our class sets completed.

Blizzard Watch is made possible by people like you.
Please consider supporting our Patreon!
Filed Under: Creation Catalyst, Dragonflight, Revival Catalyst
Advertisement