The Queue: what’s the big deal? 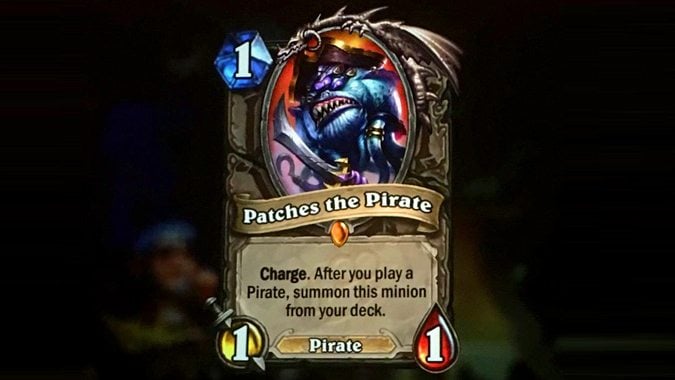 While I understand being a little excited for new stuff, we get Patches all the time. At this point it’s kind of ho hum, isn’t it? I mean, unless you highroll early and can race to tier five to grab Hogger ASAP. Even with the nerf to Murlocs, highroll stat builds tend to get outpaced by– oh, it’s not that game? oh. okay.

This is The Queue, where you ask us questions and we can definitely tell you the correct answer for the right franchise.

QFTQ: With the rising costs of goods/services do you think it’s time to remove silver & copper from the game? I can’t remember the last time anything cost less then 1 gold.

Lowbie stuff. And when I say “lowbie stuff” I mean the lowbie stuff which is still sometimes maddeningly relevant at higher levels. Though it isn’t quite as relevant anymore I can’t tell you how many times I sighed and purchased a fishing pole from some vendor or another because I left mine in the bank, or vendored the previous one.

The other point to consider is that lowbie mobs frequently do drop a copper or silver or two at a time, and in those lowbie levels, that can really add up fast.

I know we’re at kind of a tricky point here with gold. A universal resource like that will build up for some players over time, and especially since the official WoW Token is now a thing, it doesn’t make a ton of sense to immediately increase inflation by a considerable degree by getting rid of the lower value coins.

Q4TEsportsQueen: Is esports dying? Has the esports bubble finally burst?

It’s really tough to say, because there are different degrees of profitability and fan enthusiasm to consider. There’s also the fact that the larger anything becomes, the more the overhead costs begin to balloon. My husband went to one of the LCS Worlds event at State Farm arena in October, and renting that sucker out, let alone getting the stage set, or even powering the LCD displays, is incredibly expensive. By contrast, having a smaller esport means you may not even have a LAN event. What’s profitable in an esport is really subjective. Also, for the larger companies, a big esports event is less likely to be profitable in itself, and more likely to be seen as worthwhile as a marketing expense… but then, the point of the NBA isn’t to sell basketballs.

I honestly have no idea what the solution for esports is, long term. But it’s pretty clear that game company directors don’t either, so I don’t feel too bad about it. It’s clear that part of the reason legacy sports continue to thrive is because of the generational connection and the local connection. My grandma grew up in Cleveland so, god love her, she was a Browns fan. Growing up in Upstate NY, most of the people at my school had some kind of Buffalo Bills merch. It’s really hard to invest in esports emotionally as a fan when you see things like Overwatch getting shuttered in favor of a new game after its fifth season. At that rate, by the time my seven year old is eligible he’ll be learning the rules over Overwatch 4. Can you imagine if we followed that scheme with a sport like golf or baseball? Plus, the variable schedule makes thing tough, too. I already know that most of the fall we’ll be getting together with friends on Saturdays to watch Gameday. I could not even begin to tell you when — or whether — an Overwatch League game was scheduled week after week.

I really, truly want esports to not suck. But I don’t know how that could be possible.

Why does no one love Silvermoon?

and Teldrassil is all ablaze at it not being mentioned.

Silvermoon is by far my favorite city in aesthetic, but it falls flat when you think about function — but then, all the Horde cities do. Silvermoon’s organization structure is incredibly chaotic in its layout, but it isn’t awful to get around on the ground, compared to the multiple levels and ramps and elevators of all the other Horde cities. Orgrimmar isn’t too bad if you know where everything is and kind of segregate yourself off to the subsection of the city you use most often — with its own AH and bank for each quarter — but even then the barber is across the city, down a level and then back up a level from the transmog NPCs. Undercity was pretty good once you got down into the city, and oddly, it wasn’t any easier to get around with a flying mount than it was on foot, but that isn’t really an option anymore.

By contrast, Stormwind and Ironforge are both laid out in circles with well-labeled districts that are easily navigated both on foot and in the air. If you play Alliance almost exclusively you might be saying “yes, but the fishing vendor…” but just because there are a few little details that kinda suck in all cities doesn’t mean the Horde ones don’t suck far worse. See: how bad Boralus sucked, compared to the literal monument to sheer suckitude that was trying to navigate Dazar’alor on the ground. This is a hill ziggurat I’m willing to die on.

Q4tQ: what’s the highest level of old content that you can solo? Asking because I tried taking my DK through mythic Nighthold for the armor set, and it was… rough. Most of the bosses she handled without any real trouble, but it was slow going – she’s still at 60, so she can’t just melt things like my main can. I died several times to the demon boss who destroys the bridge. And when I got to Gul’dan, I got thrown off the arena twice, until I finally beat him and then had to fight Illidan’s immortal demon soul, which not only threw me off the platform again but annoyed me so much that I stopped. I’ll try it again once my DK is max level.

I haven’t tried soloing stuff myself yet, but keep in mind lots of raids have weird fights where there’s A Mechanic that can’t be overcome just by being an outleveled outgeared solo player. I’ve heard that Opulence from BfA, for instance, still can’t be soloed because you have to click that button down each hallway or you die. This is especially unfortunate, because I still desperately need to collect all the shades of crowns which drop from Opulence.

I’d just give it a whirl on LFR difficulty when you get a chance. After all, me saying, “well, Rutherford can,” isn’t always helpful, you know?