The Queue: They can’t all be winners

Look, I’m tired, I got my eye injections this week and it’s really been painful as heck this time, let’s just do the Queue without the pressure of me trying to be funny. Because I’m all out of funny this week.

Questions and answers and all that kind of thing. 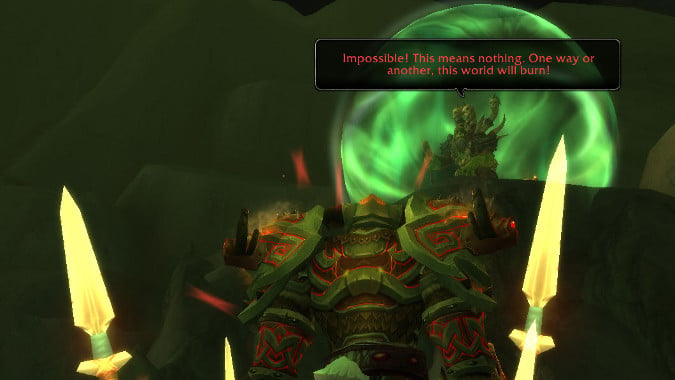 The Queue: My problem with Gul’dan’s plan

Here’s my issue with Gul’dan’s plan this time around — I can’t tell what it is.

See, hear me out. He obviously intends to get as many orcs as he can hopped up on that ol’ demon juice, summon as many demons as possible (including his Archimondeness himself) and then to rebuild the Dark Portal and take a jaunt to Azeroth. But then I started paying attention to things he says and does, and well… I don’t think he has a plan.

Okay, so he figures he’ll get the Cipher of Damnation and… destroy the world? As in, the one he’s standing on? So I foil him, and he immediately says it’s just a setback and he’s still totally going to destroy Draenor. Which is where he lives. So is he not planning on rebuilding the Dark Portal and attacking Azeroth at all? Is destroying Draenor his actual plan now? To what end? I get that’s what the Legion wants, but why does Gul’dan want it?