Plaguebearer: The Challenge (Modes) before us 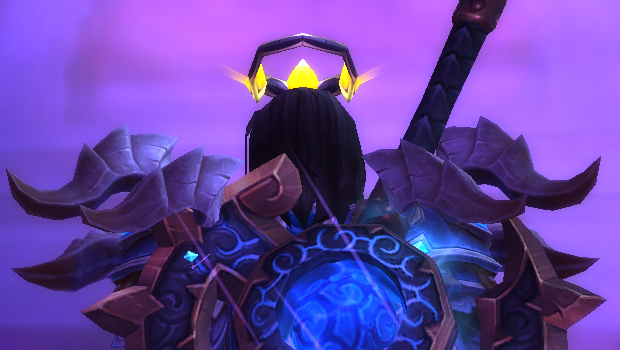 Ever since their introduction, I’ve found the implication of challenge modes in relation to class balance to be a fascinating topic. It’s healthy that some imbalance between classes exists: In a design paradigm that, thankfully, emphasizes class/spec differentiation, imbalance is inevitable and even exciting when it lets different specs display different strengths at various times. It goes without saying, of course, that too much imbalance can have very negative effects on gameplay, and that this is why we see so much effort going into tuning numbers for various classes via hotfixes and patches.

However, there’s only so much that Blizzard can do. Given that their primary attempts to balance classes (PVE-wise) relative to one another are based on their ability to perform in raid settings, it should come as little surprise that the degree of imbalance present among various specs seems more exaggerated in the concentrated 5-man, race-against-time setting that CMs offer. Fortunately for death knights, this works heavily in our favor.

I am, of course, talking about Blood: Assuming relatively equal skill, no other tank spec in the game (not even Brewmasters) can hope to come close to achieving the type of performance a Blood DK is capable of pulling off in CMs. This lead in isn’t by a small amount either — whether you’re learning CMs for the first time, or are racing for competitive top world times, the Blood death knight is the undisputed king of the Warlords of Draenor CM tanking paradigm. How’s that for incentive!

Understanding how competetive CM runs work is key to understanding why certain specs excel over others. Rather than squaring off against any single, powerful boss that requires time and many players to beat, the true test of skill in CMs revolves around completing the dungeon as quickly as possible. By default, this places a high emphasis on the ability of your group to: 1.) deal large amounts of burst AoE damage, 2.) mitigate massive spikes of incoming damage, and 3.) also have a degree of self-sufficiency that exceed the demands made by most raids.

In all three of these areas, Blood steals the show. Even after the Blood Boil nerf, it continues to bring some of the strongest AoE tank damage in the game; this is especially emphasized in a post-Vengeance era where Brewmaster Monks can no longer use avoidance strings to generate massive amounts of Attack Power. Additionally, with an 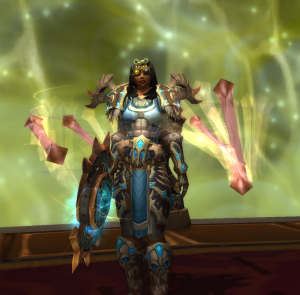 arsenal of no less than eight cooldowns and crowd control through talents like Gorefiend’s Grasp, Blood is also capable of handling the short-term burst that large packs of CM trash bring — either the mobs are dead by the time your cooldowns expire, or you are. Finally, our self-healing model coupled with tools like Death Pact and Purgatory also ensure that we are able to sustain ourselves for short periods where incoming damage proves too high for a single healer to cope with.

Since all gear gets scaled down to 630 item level in CMs, tier bonuses/special procs don’t work and gem sockets no longer matter like they once did in Mists of Pandaria, it doesn’t matter what we’re wearing so long as every piece of gear is at or above that item level, right? Wrong!

If you don’t want to reread the previous section, let me summarize: Challenge Modes emphasize strong burst damage, both incoming and outgoing. Since we already have defensive cooldown usage being the primary determining factor in our ability to handle damage intake, it is logical that we would want to gear offensively for CMs. Readers will, of course, recall that all stats are supposed to bring some sort of offensive and defensive value to the table for Tanks this expansion. Unfortunately, with the notable exception of Bonus Armor (which is  our strongest stat in both area), these values don’t always line up. As such, our highest damaging stat priority looks something like this: Bonus Armor > Multistrike >= Critical Strike > Haste = Versatility > Mastery.

For those wondering, Strength does indeed outweigh Bonus Armor in terms of damage gain (thanks largely to Rune of the Fallen Crusader, which boosts its average AP value to 1.2x that of Bonus Armor’s), I just haven’t listed it because, as our primary stat, it’s never in direct competition with the ones listed here.

Now that we have our stat basic priority in order, what does that mean when it comes to actual gearing? This is where it gets tricky. First, let’s recall that Bonus Armor as a stat only appears on Cloak, Neck and Ring slots, as well as the occasional trinket. We’ll always want it appearing on these slots, with its ideal companion stat being Multistrike. Additionally, because no Bonus Armor enchants or consumables exist, we’ll need to tailor those towards Multistrike as well. Following Multistrike, we’ll usually aim for a secondary pairing of Critical Strike in cases where Bonus Armor isn’t available.

I’ve spent the past few days scouring various databases for lists of readily available raid or PvP gear that contain our desired stat combinations, and here are some pieces that I found:

Looks sparse, doesn’t it? The full spreadsheet, if you were curious, doesn’t add much to the existing list.

“Mag,” you say dolefully, “I can’t access even half these bosses on Normal difficulty, I hate PvP, and I certainly don’t plan on doing CM daily quests. Also, you have two blank sections on that list!”
Ah, but wait! I’ve purposely discounted three major sources of gear acquisition in this list due to their random nature.

The first and probably largest source of 630 gear continues to be Heroic Warlords dungeons. All these require to access are a proving grounds silver medal in your chosen role (tanking in this case) and a 615 item level, which is fairly easy to obtain via quests and dungeons alone. Why not list gear from there? Simply because of its random nature. The guarantee that you’ll be able to get a piece with the exact stat combination you desire is low — far lower than it’s ever been, in fact. This is counterbalanced by the fact that you can endlessly chain run Heroic dungeons. The laws of RNG dictate that eventually you’d have to get pieces that fit your needs.

The second source of 630 gear is garrison missions. The idea here is simple: ensure that you’ve successfully leveled and properly itemized followers, and you’ll easily be able to acquire the gear tokens. Unfortunately, we run into the same problem of RNG again. There’s no assurance that you’ll get the stat combination you desire. This is fairly ironic in one sense, because up till 6.1, garrison missions were also the only way in the game to get a true “Best in Slot” item at 630 item level. By this, I am referring to the chance that your item will come out with only one stat that has double the normal budget — in this case, hopefully Multistrike or Bonus Armor in the appropriate slot. The chances of this happening are so rare, however, that you can consider yourself lucky to even see Crit/Multistrike combos.

The third and final source that I’ve left out of the spreadsheet is crafted gear. Although subject to the same laws of RNG as our first two options, it has one key difference: the items it generates aren’t soulbound until equipped. Because of this, it’s entirely possible to scour the auction house until you find the correct combination of desired stats on specific pieces. Remember, you’re limited to equipping three pieces of crafted gear at any given time.

At the end of the day, all three of these methods can and will eventually net pieces for your CM set — it just becomes a matter of luck and persistence.

Item Suffixes and RNG: It’s all in the name

I’m belatedly adding this section as of Patch 6.1 to account for some important changes. Since I expect this article to be used as a reference point for the future, I wanted to ensure it still remained valid.

This patch sees the addition of new Savage Satchels of Cooperation as the Call to Arms bonus for in-demand specs (almost overwhelmingly Tanks) queuing for Heroic dungeons. Each satchel will contain a Bind-to-Account 630 gear token, identical to the tokens I referenced in my previous section.

Although still subject to RNG, this greatly increases our chances of seeing true “Best in Slot” items for various slots. To help with this, here are the suffixes attached to any item with the appropriate stat:

Remember that getting any double-budget item is largely dependent on RNG- don’t be too disappointed if you only see a few of these over the course of this expansion!

Why haven’t I bothered mentioning things like talent or glyph choices? Wordcount aside, because the situation for Blood DKs is fairly constrained, regardless of what PvE situation you might be tackling. Thus, existing resources on the matter are likely to satisfy the majority of questions many of you would have. The only prominent differences I’d mention, compared to raids, is that: 1.) Glyph of Dark Simulacrum‘s value jumps tremendously thanks to how many spells you can copy in dungeons, 2.) Defile becomes mandatory versus Breath of Sindragosa since it’s available more frequently for big trash pulls (and item level scaling means lower Breath uptime), and 3.) Gorefiend’s Grasp becomes mandatory due to how powerful it is for most trash.

As an added bonus, my friend Jace has created excellent narrated video guides to all eight Warlords of Draenor CM dungeons from a Blood DK perspective; he tells me that some of these strategies might be a little outdated, but that they will tide you through till his next update.