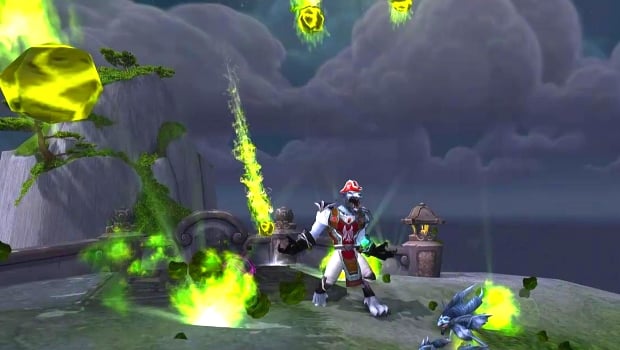 The above image was submitted by a commenter, Monkeygreen. I haven’t yet figured out how to source the image via caption or otherwise in the header. But I feel that worgen’s expression best represents Warlock reactions everywhere to 6.1. Less of the “ta-da!” sort and more of the “whyyyyyy” or “???? what the fel???” sort.

Warlocks got only talent changes for 6.1, and true to the paragraph in the talent change section, nearly all of them were buffs. Let’s look at the changes:

Half of the changes gather an “eh, OK” reaction from me. Some won’t be happy with Kil’jaeden’s Cunning until it’s back to 100% passive. Grimoire of Service is now more competitive — cool. I’ve yet to see a Destruction Warlock run Charred Remains, period, so maybe that’s a PvP thing I need to look into.

Grimoire of Sacrifice only affects Affliction or Destruction Warlocks, but that’s not really the problem for choosing this level 75 talent. The level 100 talent Demonic Servitude is so strong that there’s almost no point to choose Sacrifice over Supremacy or Service.

I’m puzzled by the Cataclysm change. Perhaps it’s useful to apply Affliction’s two most powerful DoTs to all targets in an area on a fight like Operator Thogar or Tectus (Mythic strategy), where at least some of the adds will be up for a few ticks. But on fights like Beastlord Darmac, where adds are more likely to die within a few GCDs, Cataclysm is still pretty useless for Affliction. Affliction’s main AoE, Seed of Corruption, is also DoT-based, and a Warlock needs targets to live at least for a little bit to set up the chain Seed explosion. Affliction just has a dearth of the instant AoE that is usually called for on AoE-type add fights. We get another DoT that won’t tick in time, on a spell that takes quite a bit of time to cast on anything — yay?

The big nerf to Demonbolt’s damage is what has the Warlock slice of players complaining in the middle of a patch of talent buffs. We knew it was coming, but it doesn’t hurt any less. As much as the developers hate “feelings” it feels very much like pushing the fun Demonbolt playstyle down to the muted levels of the other Warlock specs and styles.

The nerf to Demonology’s damage is perhaps more from having to change the entire rotation up and less because a single spell hits a little more softly. Sparkuggz of EU’s <Method> summed up the new Demonology rotations in a couple of tweets: 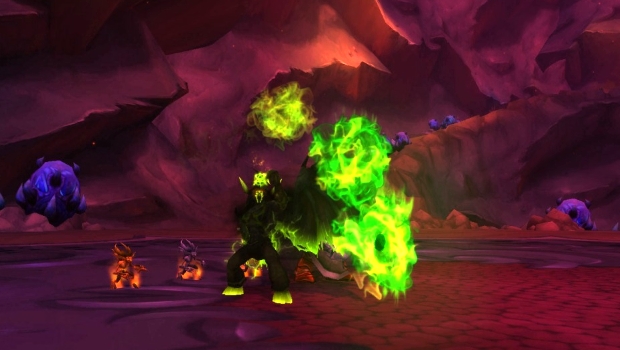 Image by Dravvie of US-A Wyrmrest Accord

What specs should I choose?

Demonology is still by far the best of the Warlock specs, nerfed or not, and will parse the highest of Warlocks on every fight in Blackrock Foundry. If you’re focused on doing the best damage possible rather than playing the spec you enjoy most, you’ll be playing Demonology.

Affliction rises up to the better half of raid DPS specs when facing a fight that plays to Affliction’s strength — that is, twin bosses like Hans’gar and Franzok or Iron Maidens, and heavy movement like Oregorger and Blackhand. However, Affliction never catches completely up to Demonology.

Destruction…poor Destruction sits on the bottom of Normal and Heroic parses all raid long. Even altering skill percentiles, Destruction is found at the bottom of universal parsing. The one fight it claims the middle Warlock spec performance spot is Operator Thogar, because Fire and Brimstone will beat Seed of Corruption every single time (and Affliction’s infinite Soul Swap days have long been over).

Note: Destruction will become the top spec for parses on a few Mythic fights. However, the numbers of parses recorded for most Mythic fights are just now reaching the thousands on some specs, and still remain less than 100 on others (like Destruction!). By contrast, Normal and Heroic modes have at least 2,000-10,000 parses per spec per fight. Therefore, I don’t completely trust these results for useful commentary.

“But in MY raid” — yes, sure, your personal raid results may differ, especially if your Warlocks have vastly different skills in the different specs. Some readers already know that I have played Affliction since my Warlock began breathing the virtual air, so I’m quite proficient at pushing that spec to its DPS ceiling than I am at other specs. I’m less an accomplished Demonologist, and often make numbers only slightly higher than what I’d have done as Affliction on comparable fights (Demo > Aff on any AoE fight ever, no matter your skill). However, once I get a few fight attempts under my demonic belt, I can usually push Demonology a little higher still, simply because it’s performing better than Affliction, currently.

And example of my own is Beastlord Darmac Heroic. When my guild first killed him, I pulled an epic 88th percentile Affliction DPS of 32k DPS, in my gear level bracket. Later, my earliest Demonology kills on the same fight were for about 30-31k at about the 30th percentiles, and my latest kill was at 41k DPS in the mid-60s percentiles. I might be a better Affliction Warlock, but going Demonology will still yield significantly better DPS in my raids. 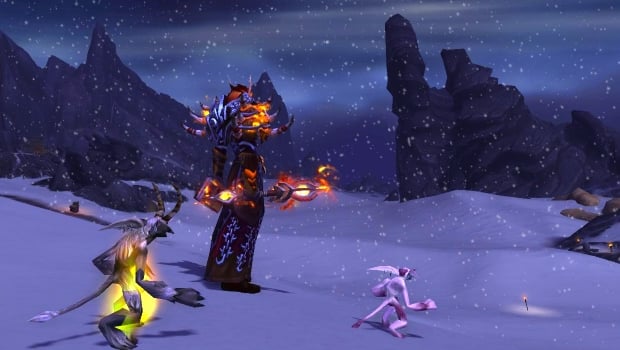 How do I gear for my spec?

First, let’s go over the spec stat preferences. Intellect/spellpower is always your top stat as a Warlock in most reasonable situations.

You’ll notice that the best or technically second best stat for any of the Warlock specs is Mastery. This means it makes your life easier for enchants and gems — just go Mastery. Affliction Warlocks can eat Haste food, and even gem or enchant Haste if they have alternate pieces for their other spec.

Fortunately, Blackrock Foundry performance lines up with how the Warlock specs share stat preferences. If you main Demonology, you can continue to do that and pick up another spec for another activity (or perhaps you want to go back to Highmaul where Affliction and Destruction have had better times).

Maining Affliction means your Demonology play will have a better time in AoE performance. Haste makes for faster DoT or channeled ticks — Hellfire, Immolation Aura, and Hand of Gul’dan’s Shadowflame DoT, Corruption, and Doom — and faster casts, so you gain more fury faster to keep up with spending it faster. Maining Destruction means your Demonology will have a better time with single-target or focused damage, as Crit directly buffs Soul Fire damage and Wild Imp spawns off Doom.

Before I leave you this week, I want to clarify some things about submitting screenshots for Blood Pact. I love the screenshots submitted so far, so thank you. Feel free to keep sending them in — I can always take my own S.E.L.F.I.E.s but it feels better to see the community join me in the column.