The Queue: Starting Over 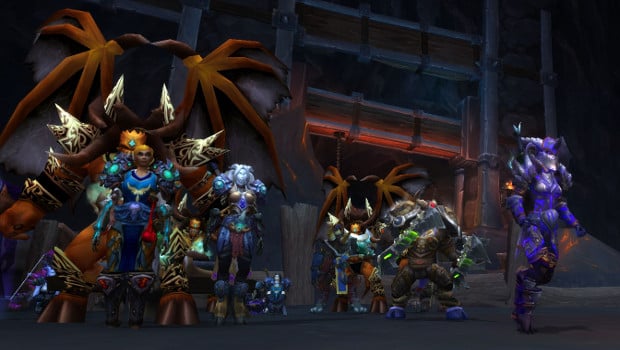 Hi. Welcome to The Queue, where Blizzard Watch answers your questions. Today The Queue is under the control of Matthew Rossi (@matthewwrossi) and here we go.

So last night was my first Blackrock Foundry run, assuming you don’t count LFR (which I’m not) and it was interesting. My DPS went from really bad to sorta okay once I got two Taner’s Terrible Spine‘s off of Gruul. Expect a warrior column about raiding as Single-Minded Fury soon. It’s definitely interesting to gear switch from the days of 25 man heroic raiding to the new normal/heroic flex system – I doubt I’ll even look at mythic this expansion, and I’m fine with that. Getting my alt (who I guess is now my main?) geared up for raiding and getting him into BRF was interesting, it feels a lot like I just started playing WoW after a long break, although I didn’t actually take much of a break.

Anyway, on to your questions.

Could you post a picture of Sasquatch? It’s been a while since we’ve seen him. 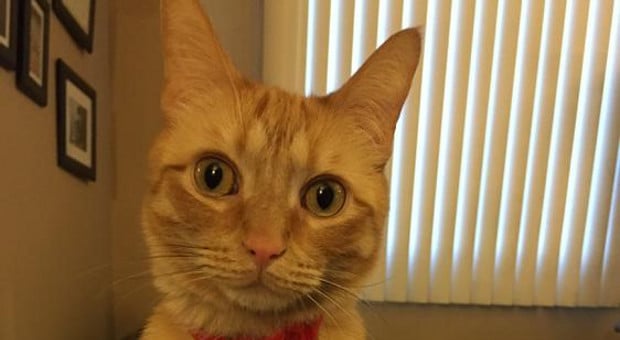 There you go. He’s deeply concerned that you may have missed him.

So I’m leveling my horde ret paladin up, going through Gorgrond.

Did the last quest in the main lore chain for it called ‘Strike while the Iron is Hot’, and near the end of various things going on, things are said:

Commander Gar yells ‘NO!  I will DIE before I let you take what is mine!  YOU… WILL NOT… WIN… THIS… WAR!  AAARRRRGHH!‘

Draka says ‘The Artifact!  Has he gone mad?!  We must restore it.  We must get it to safety.‘

Now.. I was in theory, holding onto this artifact, and using it every 30 seconds to crush his assault forces, thanks to it summoning a giant genesaur to help us out.

And then everything wraps up, quest completes.

Just what exactly did Commander Gar do to the Artifact  How did it break in while it’s in my hands?  Did his all caps (mostly all caps) yell shatter it in my hands?

Felt like a chunk of lore/story should have been there, but it weirdly jumped over 30 or so seconds of it and kind of said ‘That’s a wrap, lets go back to our base and do things.’

The artifact wasn’t in your hands.

If you look around while you’re doing that quest, you’ll see a large object behind you, like a cask. That’s the artifact. It’s about as big as you are. That’s what he attacked and damaged. As to how you managed to be using the thing while it was behind you, I don’t know – perhaps it had a remote control of some sort, or perhaps it had a magical link to you. No idea. But it wasn’t on you, personally, you brought it along.

At least that’s how it worked when I did it, but I had Yrel with me, and in general it was all much cooler because we were cool draenei action buddies together.

What do you think of the current state of tanking, especially as a warrior? Got simpler, more boring since at least WoTLK?

If you want to go that far back, I feel like warrior tanking was nearly perfect by the end of Cataclysm and I’ve never been entirely sold on Active Mitigation as it works for warriors – I feel like we end up taking a bit more damage than other tanks and being a little harder to heal, and we over-rely on Shield Block. Shield Barrier keeps getting nerfed – I certainly think warriors are viable tanks right now, but I’d like it if we had another mitigation trick in our arsenal, something a little stronger and more interesting than Shield Block. But a well played warrior can tank anything right now.

Q4TQ: How well do Death Knights remember their past lives?

Based on my play throughs of the DK starting area, and then hanging out with Thassarian in the Borean Tundra, I’d say they remember it all. And that’s part of the problem – they remember who they were, but they can’t ever be those people again. If you combine that with the old AskCDev answer about death knights needing to feel the pain and suffering of others to use their gifts… well, there you go. You can’t go home again.

I’m getting close to finish playing Dragon Age: Inquisition… so I’m gonna start playing some Diablo 3. Thing is, I don’t have the expansion. Is it worth buying it, or I can have some great fun without it and later buy it when needed?

You can absolutely play without it, but it is absolutely worth getting. The crusader is all kinds of fun to play (much as I feel like the Diablo III barbarian is the warrior done right, the crusader is the paladin done right) and the story of Malthael’s attack on Sanctuary is a rollicking good time of you smashing or burning or shooting your way through a whole lot of monsters. Some of those monsters are angels. I think RoS greatly improved on Diablo III, but a lot of those improvements (no RMAH, for instance) are just baked into the game, and even if you don’t have the expansion you’ll get them.

But yeah, get the expansion if you can.

Has ANYONE obtained exalted with a SINGLE damned Draenor rep yet? The grind is real.

It is, but a couple of my guildies have done it. I fear them.

I can’t help but wonder …Is there any practical use for all those spikes and horns and tusks that adorn our shoulder armor? Even clothies have them – and it’s not like they will do a quarterback tackle into someone, right?

When I was a kid, I put a whole lot of spikes through the shoulder of my leather jacket because it looked cool. It’s like that.

So that’s The Queue for today. So, man, how about those spoilers, which are incredibly spoilery and if you go to that link you will be spoiled. What link? This spoiler packed link of spoilers.

Blizzard Watch is made possible by people like you.
Please consider supporting our Patreon!
Filed Under: Answers, Diablo, Questions, The Queue, Warcraft
Advertisement