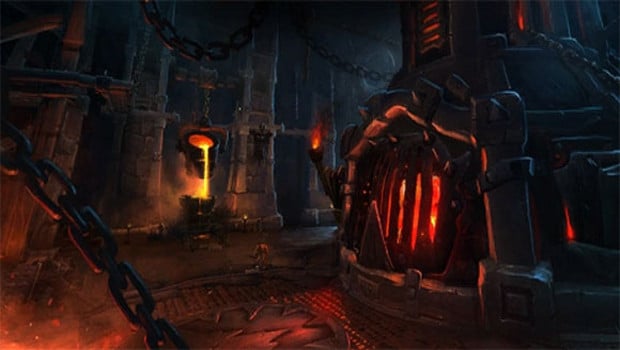 Update: This change is live on US realms as of Wednesday afternoon, March 18th. As of this writing, tier gear has not gotten the 5 ilvl bump, but Bashiok has confirmed that this is in error and will be fixed soon. 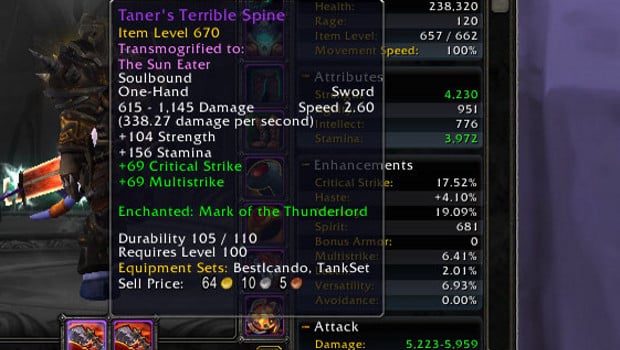 In a change absolutely no one saw coming, Blizzard Community Manager Bashiok announces that a hotfix for the Blackrock Foundry raid will be going live at some point next week to slightly raise the item levels of all raid drops on all difficulties in the instance.

Originally Posted by Bashiok
We are preparing to deploy a hotfix next week that will increase the item level of all raid drops from all difficulties of the Blackrock Foundry raid.

The main purpose of this change is to ensure that killing new bosses in the Blackrock Foundry raid feels appropriately rewarding. We are finding that groups coming out of a couple of months in Highmaul could often have an average item level that was just barely shy of the loot dropped by the appropriate difficulty in Foundry. A core part of the experience of progressing through a new raid tier lies in the sense that even if you didn’t manage to kill a particular boss this week, the upgrades your raid group gathered along the way will make things smoother and improve your chances the following week.

This change will be retroactive, affecting existing items that players may have in their possession. Thus, instead of an item level range of 650/665/680/695 for Raid Finder/Normal/Heroic/Mythic Foundry, the loot awarded will now be item level 655/670/685/700 respectively. At the same time, we will be increasing the item level of the new highest-tier crafted and Apexis vendor items by 5, in order to keep their power unchanged relative to the Foundry raid itemization.

I’m wondering if this is a response to a number of top end guilds who have ceased competitive raiding (such as Blood Legion). There has been some feedback that Mythic Blackrock Foundry was tuned a little too tightly. It may not seem like much, but those item level increases will add up in the event you and your raid group have been struggling on a boss!

EDIT: Game Designer Watcher posted a few follow up comments in response to the discussion and feedback.

Originally Posted by Watcher (Official Post)
A few comments in response to some posts so far.

First, I wouldn’t read much into the use of the word “tier” in the post – it’s being used as a synonym for “zone” in this case. The point stands regardless: When you go through a series of learning attempts and wipes to defeat a new boss for the first time, you expect a commensurate reward for doing so. Many players coming out of 2 months in Highmaul were in a situation of having to work to learn and defeat new bosses that dropped loot of roughly the same quality as what they already were wearing. That isn’t satisfying and doesn’t allow for much power progression.

Second, the primary point of this change is not to nerf Foundry encounters. If that were the goal, it would have been much simpler to simply nerf the encounters, and we’d taken a more surgical approach to specific encounters. The aim is strictly to improve the reward side of the difficulty:reward ratio.

To use an example, consider a guild that primarily does Normal mode content and eventually progresses into Heroic. This guild may have been 6/7N Highmaul by early January; they ventured into Heroic and killed 2-3 bosses there, and then went back and finished off Mar’gok on Normal. Along the way, they also got some item level 670 loot from garrison mission caches. Now, Foundry comes out. Just because this group killed a couple of Heroic Highmaul bosses after two months in the zone doesn’t suddenly make them a Heroic guild – they will, appropriately, begin in Normal Foundry. But their average item level with mostly 655 items (some 661 warforged), and some 670 items from Heroic Highmaul, is likely around 661 or 662 as a raid group. And that simply doesn’t leave much room for meaningful reward. And replacing a 670 non-set piece with a 665 set piece is likely a power upgrade, but also does not feel particularly satisfying. You can change the difficulties in the example above, and we see the exact same situation with Heroic guilds coming into Heroic Foundry with an average item level in the 675+ range, which again didn’t leave much room for improvement.

(Note that this logic really does not apply to Mythic Foundry, but once we’re buffing loot from the other difficulties, we must also adjust Mythic in order to keep Mythic drops feeling like an appropriate upgrade over Heroic. Mythic Foundry is still plenty challenging and ranks among the overall hardest raid zones we’ve designed – an extra few item levels is not going to change that.)

Edit: And yes, the actual stats on the items are of course increasing along with the item level. The point is to improve the actual reward, not smoke and mirrors creating the illusion of one.

Blizzard Watch is made possible by people like you.
Please consider supporting our Patreon!
Filed Under: Blackrock-foundry, Hotfix, Item Level
Advertisement