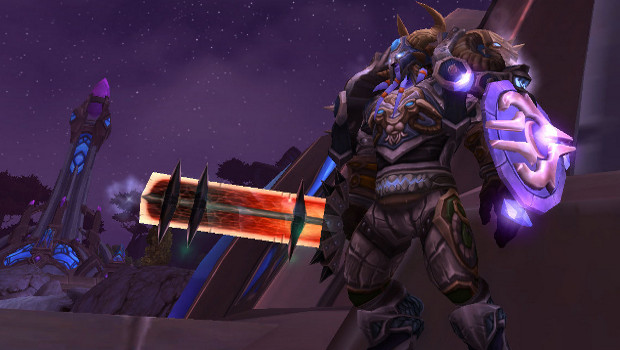 Gladiator’s Resolve is probably the best level 100 talent for Protection Warriors whether or not they intend to use Gladiator Stance. Anger Management is conceptually brilliant, but in practice doesn’t provide enough of a reward to make it worth the selection — getting Shield Wall up maybe 10% faster than it otherwise would be up doesn’t compare to a flat 5% less damage. Ravager is a nice combination of an AOE damage and 30% parry for Prot warriors, but again, 30% parry for 11 seconds every minute (and you’re not going to use Ravager on cooldown for the parry, you’re going to save it for AOE situations) just seems weak compared to that 5% damage reduction that will always be there when you’re tanking.

Combine this with the fact that the talent allows you to go into Gladiator Stance, and for my money you have the clear winner for level 100 talents. However, the level 100 talent tier illustrates some clear weaknesses in the current talent scheme, in that I feel both Anger Management and Gladiator’s Resolve should be default for Protection.

For starters, Anger Management should probably be default for all warriors. It’s simultaneously nice across the board, an ability that just feels like something warriors should inherently be able to do, and it’s too weak to spend a talent point on it. If Anger Management was powerful — if the rage spent cooled your abilities down rapidly — then I could see spending that talent point on it. But Ravager vastly outperforms it on AOE, Arms and Fury will get more use out of Siegebreaker, and I’ve already mentioned why Prot would rather have Gladiator’s Resolve.

Now for Gladiator’s Resolve. Why should it be default for all Prot warriors? Because it emphasizes the hybrid nature of the class, completely does away with the issue of having to gear up an offspec when you want to do anything but tank, and because it’s too good. As long as Gladiator’s Resolve remains a talent, what other possible talent choice can Prot warriors effectively make? Using Ravager as a tanking mini-cooldown is weird and antithetical to it being a DPS cooldown, either you save Ravager for moments when having an extra 30% parry will keep you alive, meaning you don’t have it for AoE situations, or you use it in AoE situations and don’t have it when you need that burst of parry. It’s never going to be as attractive as an extra bit of damage reduction that you don’t even have to think about.

In terms of how Gladiator’s Resolve fulfills its function, it’s certainly not a bad talent. Gladiator Stance is a solid DPS option for raiding — it starts out on par with Fury, although as Fury gets better geared it pulls ahead. Gladiator Stance is still superior to Arms for single target DPS, but falls behind to a degree on AOE because of arms overall toolkit. You can certainly raid as a Gladiator Stance DPS warrior, if you’re so inclined. Just be aware that you don’t see as much benefit as you gear up as your Fury rivals, especially Titan’s Grip Fury, which really takes off once it has the right weapons. 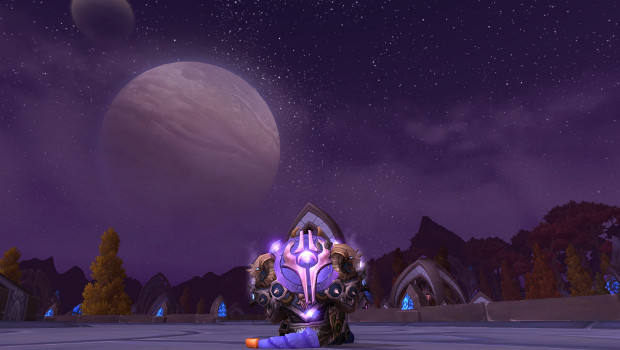 There are a few mechanical limits that hold Gladiator Stance back as a DPS spec. For starters, there’s no baseline DPS cooldown for a gladiator. Arms and Fury get access to Recklessness, which at level 100 will increase critical strike chance by 30% and critical hit damage by 10%. Gladiators don’t get that, they can only have a DPS cooldown if they select Avatar or Bloodbath as their 90 talent, bypassing Bladestorm. I suppose it’s just as well gladiators can’t get Anger Management. Secondly, gladiators are still pretty crit dependent. Enrage is a big part of your damage mechanic, meaning that you want to crit on as many Devastates and Shield Slams as you can, and your critical strike chance is going to start off pitiful and get up to maybe 20 to 22% in Heroic BRF gear. Even with Berserker Rage there to help you pop into an enrage on demand, it’s still not doing a lot for your damage output. There’s also the fact that Bladed Armor is one of our better attack power boosts, but you’ll only see bonus armor on necks, capes and rings for the most part. Bonus Armor trinkets like the Blast Furnace Door and Knight’s Badge are to be prized for gladiators. (A fully upgraded Knight’s Badge is ideal for any gladiator, due to our need for crit.) I think the bonus armor benefit of Bladed Armor is fine for gladiators on the whole, we just need to be vigilant in getting and upgrading our gear.

This limitation is by design. There’s zero deviation between the best gear for a tanking protection warrior and a gladiator. You can be tanking an instance or raid and switch to gladiator as soon as you are out of combat, if there’s a fight that only needs one tank a Protection Warrior can go gladiator and put out reasonable DPS, and if a third tank is needed for something a gladiator can swap back and tank in the exact same gear. This does risk Protection Warriors being seen as the tank you ask to switch to DPS more than other tanks, who still need to get separate weapons, rings, necks, trinkets and cloaks for their DPS specs. Overall, though, it’s a good design choice.

I go with an Unyielding Strikes build when I’m going for gladiator stance as a DPS spec. I sometimes switch it with Heavy Repercussions, just because I like the idea of huge Shield Slams, but Unyielding Strikes is better damage and if you’re speccing Gladiator’s Resolve to actually be a gladiator DPS warrior, that’s what you’re looking for.

Next up, we’ll probably talk about either Titan’s Grip or Arms. Depends on what I can get to drop.