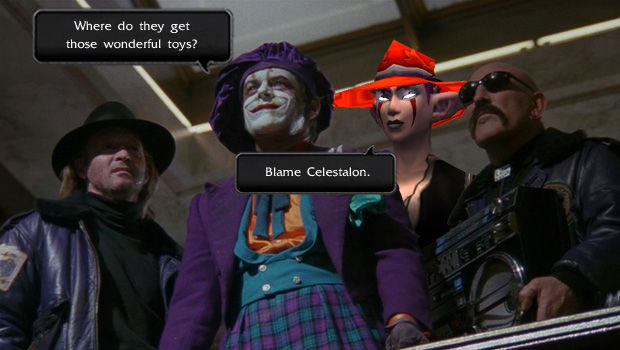 With the unveiling of the Patch 6.2 PTR this week, Warlords of Draenor appears to be approaching its midway point. How’s about we grab a moment to dole out some mid-term grades for the newfangled set of toys rogues receive upon hitting Level 100?

Our Level 100 talent tier introduced three new spells to the rogue lexicon: Venom Rush, Shadow Reflection and Death from Above. I’ll offer my own brief assessment of how well I think each talent has met expectations so far this expansion (very generally speaking, of course; it’s hard to get too deeply in depth in a single column). I hope you’ll join me in the comments with your own grades — as well as stories about how our new talents have treated you!

Originally named Lemon — ah, that is, Venom Zest — Venom Rush is our only passive option in the Level 100 tier (i.e., there’s no button we need to press to make it work). It also happens to be a strong choice in most raid situations, particularly if we’re in combat spec or if we need to damage multiple targets at the same time. Over in PVP, it tends to be a very popular choice — currently the most popular overall among high-rated arena rogues.

Though it’s a passive talent, Venom Rush has a noticeable impact on our gameplay. The extra room on our energy bar means we can pack more abilities into a short burst window, and when we’re doing AoE damage (usually via Fan of Knives, Crimson Tempest or Blade Flurry), the poisons we apply to nearby enemies result in a noticeable bump to our energy regeneration, speeding up our gameplay — which is especially a plus for Combat, given Blade Flurry’s tendency to slow our rotation to a crawl. (Combat’s Instant Poison applies an invisible debuff that makes an enemy count as “poisoned,” thus allowing Venom Rush’s energy regen boost to work.)

Given that one of Blizzard’s missions heading into Warlords was to reduce the number of extraneous spells we needed to learn, Venom Rush has proven to be an elegant way to add a little extra flavor to rogue gameplay without making us set up another keybind or keep track of another cooldown. Passive talents often end up feeling boring, but Venom Rush — even though it doesn’t have any kind of visual effect — manages to avoid being dull. It’s also been balanced carefully enough to ensure that it’s a strong talent in most situations without being an overwhelming favorite. 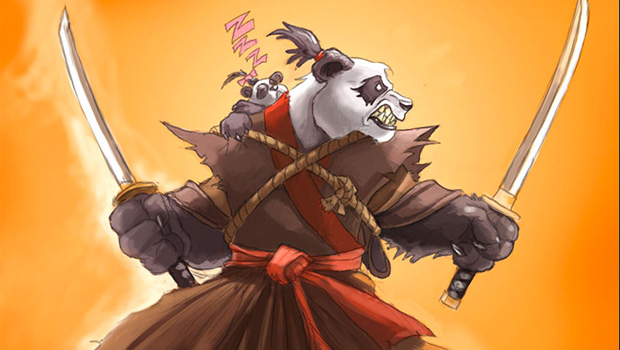 When Shadow Reflection was first introduced at BlizzCon 2013, it brought considerable excitement, particularly among class designers and red-hatted rogues.

It also brought a significant amount of skepticism. Some raiders predicted that despite its catchy gimmick, the talent would either be ignored (if theorycrafting found it was too weak) or would simply be macroed to our DPS cooldowns (if theorycrafting found it was worth using), which is basically a different kind of ignored. Some PVPers worried that the talent would encourage too much of a fragile “all or nothing” approach in which the shadow’s use would either be timed perfectly to execute a kill, or would completely fail, potentially causing a huge momentum shift for the opposing team.

Thus far, the skeptics and the hopefuls have largely split the difference. For much of the expansion, number-crunching has maintained that Shadow Reflection is generally the best choice for raiders in single-target situations (though it currently falls behind Venom Rush slightly if you’re in combat spec, and falls behind significantly if you’re facing multiple targets with Blade Flurry up). Mythic-level assassination and subtlety raiders overwhelmingly prefer it — and, as a result, they tend to simply macro it to Vendetta or Shadow Dance.

One could argue this is a success for the talent, since it’s frequently being used. But there’s no soul behind that success; ShadRef is chosen because it’s the best pick for DPS, not because it does anything particularly interesting or alters gameplay in any way. It’s a “set it and forget it” talent, which gives it questionable value as a new spell in an anti-bloat era.

In PVP, the talent’s fragility and innate complexity does indeed make it difficult to use successfully — and can be downright frustrating for less-experienced players. However, it has proven to be popular among all three specs. It’s generally regarded as strongest for assassination (due to the sheer amount of damage the shadow is able to copy) and weakest for subtlety (since much of sub’s damage comes from debuffs and passive sources that the shadow doesn’t inherit).

My own experience with Shadow Reflection falls more on the negative side, for one reason: Most of the time, I can’t even see the poor thing. In raids or dungeons, the only reason I know I’ve even activated the talent is because I can see the icon appear within my cooldown-tracking add-on. Otherwise, the dimly translucent figure of my own silent reflection is typically lost amidst the cacophany of ground effects scattered around me. Kind of like my real-life shadow, except my real-life shadow can’t murder people every two minutes. Usually.

While I’m alone and questing out in Draenor, it’s far easier to see my shadow come out to play. Except that when I’m out in the world, I’m rarely fighting any single enemy for the full 16 seconds I’d need to get full use out of it. It can have some fun niche uses, but so far the talent doesn’t deliver on the fantasy the tooltip promised.

The question, posted in the official rogue forum, was innocent. “New rogue here,” it began, “just hit 100 last night.” The player was tinkering with their talents, and was wondering about their Level 100 options. “I really enjoyed and [had] a lot of fun with Death from Above,” they wrote, but asked: “Would it be viable to use as combat for PvE?”

The responses, though few, were generally stark.

“DFA is beyond horrible for combat.”

“DFA not worth it, neither in PvP nor PvE.”

“Downright clunky in a rotation.”

“I think they added it just to satisfy the people asking for more interesting animations.”

The player was deflated. “I really have fun with it though, pity :(,” they wrote. 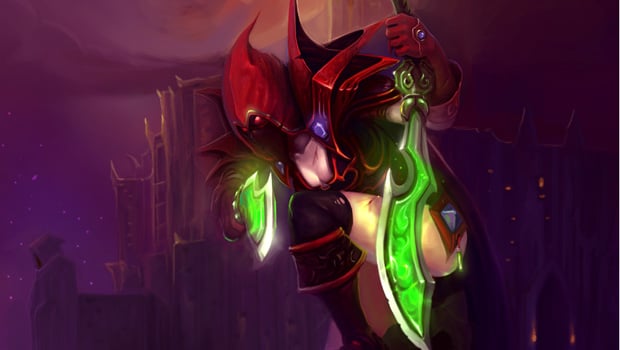 I was among many rogue players who got pretty durned excited about Death from Above when the ability’s tooltip was unveiled at BlizzCon 2013. Finally, I thought, we might be getting a useful ability that actually looks awesome to use!

But DfA spent the first few months of the expansion crippled by inferior damage relative to Venom Rush and Shadow Reflection — and, even worse, by a plague of bugs that left many rogues feeling they’d have more luck hitting a piñata with a blindfold on than successfully hitting their target with DfA.

Most of those bugs were fixed in Patch 6.1, and the talent got some hefty buffs to boot. But although it now stacks up fairly well against the other L100 talents in raids (particularly for subtlety, where it’s arguably as good as Shadow Reflection), it still tends to be highly unpopular. I think there are two reasons for this: One, it’s deeply disrupting to a DPS rotation; its high energy cost often leaves us unable to use another ability for a couple of seconds after using it, but its quick cooldown requires us to use it frequently, so it can feel awkward to use. And two, most boss fight designs make the talent difficult to use consistently on cooldown.

In PVP, the talent clings to a toehold of popularity; while its high energy cost is a major downside, it has a significant upside in its value as an extra gap closer (since it teleports you to your target).

Man, though. It is such a satisfying button to press. And therein lies what may be the greatest disappointment of our Level 100 talent tier at this point in the expansion: The talent that feels the coolest to use has been the one that’s least useful.

So, how about you? How would you grade our Level 100 talent choices, and how have your preferences evolved during the expansion so far? Meet me down in the comments and let’s chat.

Blizzard Watch is made possible by people like you.
Please consider supporting our Patreon!
Filed Under: Death From Above, Encrypted Text, Level 100, Rogue, Shadow Reflection, Talents, Venom Rush, Warlords Of Draenor, World Of Warcraft, WoW
Advertisement