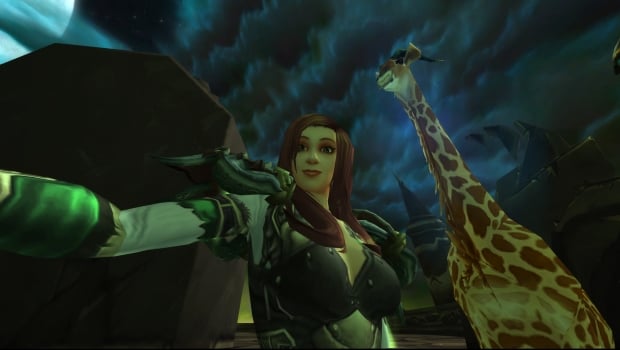 I hate Draenor Perks. I hate how they took functionality I knew was there before Warlords of Draenor, split it off from the tooltip, and gave it back to us at level 100 as a “reward,” so I sometimes brainfart and forget that Chaos Bolt’s cast time for any max-level Destruction Warlock is already 2.5 seconds baseline. So that set bonus, like many others, was clearly just a placeholder. Silly me!

It’s a new week (or two), and the set bonuses have been tweaked to more reasonable numbers. A few commenters asked to see how we’re doing on the PTR. I’ve had Real Life interference with my PTR time — whether that’s because the PTR client wants to throw me errors when I have the time or work perfectly when I don’t have the time. Besides, the gear numbers still aren’t done through datamining, so I don’t have a clear answer and I don’t want to spend a thousand some words on some muddy Cow King level manure about it.

So, I’m going to talk about warlock-themed battle pets. I’ve been getting into Pet Battles more because of Anna’s brilliant to-the-point guides, and while I know there are better pets out there to use, I’m partial to expanding my army of demonic minions. Thankfully, most of these are drops I can farm rather than tameables out in the world, so it almost doesn’t require pet battling skill at all.

Any Demonology Warlock will tell you that imps are a dime a dozen, but maybe you need an extra walking around to do your bidding. Imps, like warlock minions, come in many color combinations, so you can even pick one to match your transmog. Gregarious Grell is possibly the closest to player imps. 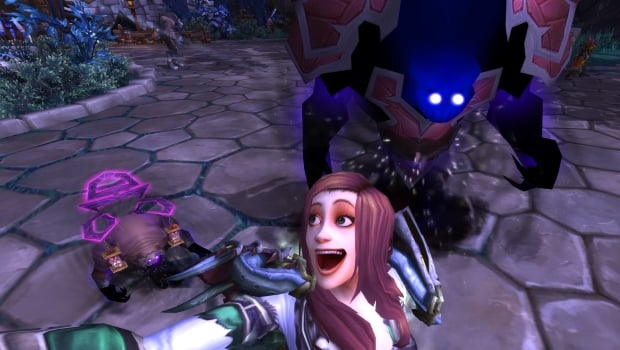 I included other voidwalker models that might be more elemental-like because maybe you’re roleplaying a newbie Warlock, or one transitioning to the dark side with your water elemental. Hey! Warlock is the best class after all. Just don’t use a Water Waveling, OK? That’s too far mage-like.

Or perhaps you’re like me, and you name everything of that model off your old voidwalker’s name. My Lesser Voidcaller is Ormmon — at least until I can get my hands on Servant of Demidos. My Kirin Tor Familiar is Airmmon and my Felflame is Felberry, like how voidwalkers are sometimes called “blueberries.” You get the picture.

There aren’t any true felhunters that Warlocks will recognize, but you can dig into a StarCraft reference for something similar. The Zergling looks like the model of the felhunter, just with a very different skin, and you don’t even need StarCraft 2 to get it — just have the World of Warcraft Collectors Edition.

There’s only one Succubus pet that I know of, and that’s the Sister of Temptation, which drops from Mother Shahraz in Black Temple. Unfortunately, there aren’t any Shivarra to match Shahraz, so you’ll have to stick with your Grimoire of Supremacy minion as a Warlock. 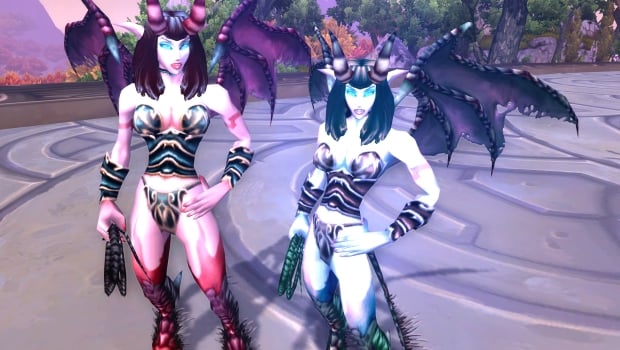 There’s no ‘i’ in team, but there’s an eye or two in every Warlock’s arsenal, whether you’re talking about the Grimoire of Supremacy version of a felhunter or the Eye of Kilrogg. The Eye of the Legion is the closest to the Warlock ability, though there’s no exact Observer pet replica.

I still curse about cross-realm zones when it comes to the Minfernal, for it continues to taunt my incomplete set of Infernal battle pets. 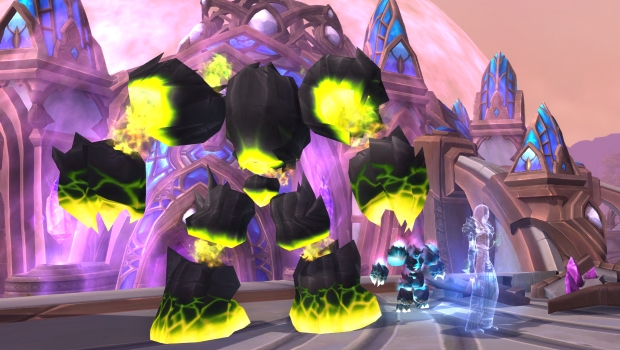 A long time ago, Warlocks didn’t get their Dreadsteed through the trainer or leveling up. Instead, they had to complete a long and expensive quest chain that rewarded the epic ground mount. Nethaera’s Light does refer to the nicest Community Manager in Azeroth, but when combined with the Nightmare Bell, it forms two of the three old quest items required in the old Dreadsteed quest chain — the Doomsday Candle and the Bell of Dethmoora.

Now we just need something for Xorothian Stardust.

The pets listed here aren’t true Warlock pets that you can summon, but I consider them tainted or shadowy enough to be suitable Warlock companions.

Sunwell and other Fel-Tainted creatures — The Sunwell is a great place to start a Warlock transformation, and many of the fel-tainted things come from either Draenor or Outland drops. The following battle pets might not be Warlock-only models, but they are certainly tainted enough to consort with a Warlock.

Fel-Tainted Machinery — A Warlock can certainly play the part of a mad scientist, usually by being a sadistic one that tortures the soul of one’s enemies or some kind of power-hungry demonic knowledge seeker. But maybe your Warlock is a mad engineer — wouldn’t you create some fel-tainted machines? I’ve also included some of the “clean” machines that match some fel machines, just in case you want a full transformation. 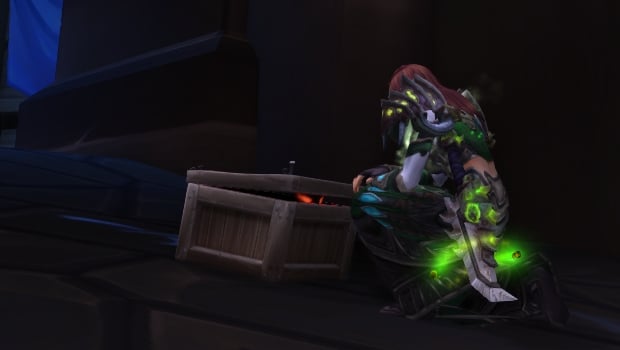 Shadowy, Old Gods type — Our initial Mists of Pandaria tier was modeled after a Sha, after all. In case you’re still rocking that transmog, it’s only fitting to have some Sha minions roaming around with you. If you play less like the fel-tainted angle and more like the shadowy, corrupting Old Gods angle, you will probably also want more Old Gods-style minions.

Floating Props — Hey, if you’re a former mage converted to the better, darker side, nothing says you can’t still make books float and follow you. The Grimoire is the more Warlock-y one, but a Libram will do in a pinch.

Have you thought or or used a battle pet for Warlock roleplay that I haven’t listed here? Do you have any Warlock-themed battle pet teams that take down specific fights really well? Share it in the comments!