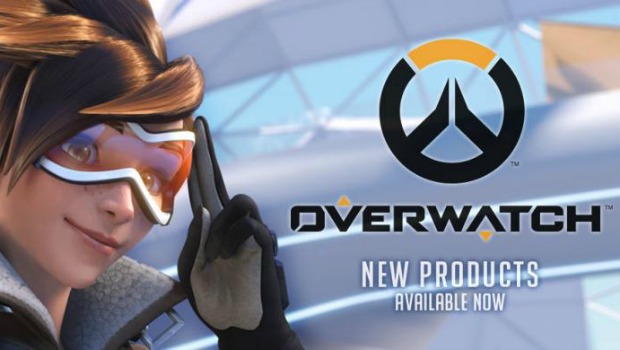 After a few weeks of downtime, the Blizzard Gear store is back. In addition to fan favorites like the Wind Rider cub plush (which comes with matching in-game WoW non-combat pet) and Hearthstone throw pillow, the store now features an Overwatch track jacket for $55 and a Diablo 3 Treasure Goblin piggy bank for $30. Blizzard Watch fans can get 10% taken off the purchase price at check out using the code BLIZZARDWATCH10.

Though not eligible for our discount, you should also check out the pre-order for the Grommash Hellscream statue. At $350 it’s one of the pricier items on the new Gear store, but for the WoW statue collector (and Grommash fans) this 18″ polystone figure is going to be a must-have. Look closely at the images of it on the site, and you’ll see that he’s actually stepping on the head of Mannoroth.

If you are looking for deals, check out the Blizzard Vault tab for discounted merchandise. You can snag everything from a Diablo 3 skateboard deck to a Mega Blocks World of Warcraft Goblin Zepplin Ambush Set at a deep discount. Many of the Blizzard novelizations are also on sale, but my favorite item would have to be the World of Warcraft Blood Elf Prosthetic Latex Kit for about $9. Just in time for some Heroes Kael’Thas cosplay, right?

If you have your eye on the World of Warcraft 10 Year Anniversary Messenger Bag or the Hearthstone Pint Glass set, Blizzard Watch will be giving away both of these items soon. Check the front page of our site tomorrow for details!