The Warrior’s Charge: Patch 6.2 and itemization 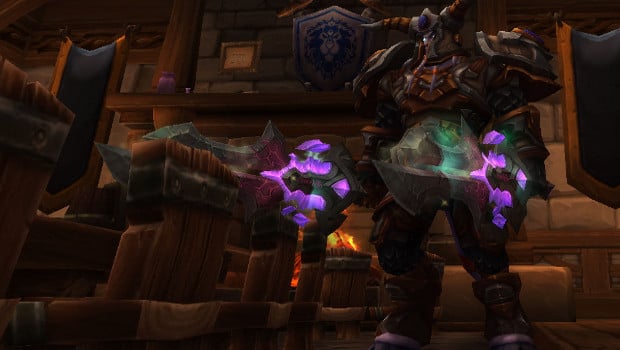 I am aware that fury DPS is pretty good in Patch 6.1. When I say warriors need something I’m not necessarily arguing for buffs. However, that good fury DPS is contingent on critical strike and mastery — if your drop luck doesn’t give you those two stats, in that order, then you are essentially boned. And it’s worse for arms or gladiator’s resolve DPS prot warriors. As for tanking prot, the situation in gear is basically the same, although I’d weigh mastery over crit for them. Let me put it this way: I would be happy with a design change that temporarily cost fury some DPS, as long as it made stats more useful for us. Right now, if gear doesn’t have crit on it, it’s automatically never ever as good as gear that has crit, and that’s boring design.

Obviously the personal loot changes don’t really affect us more or less than they do anyone else. If they mean more gear gets into player hands, then well and good. If they don’t mean that, then it’s a bad change. Personal loot’s biggest problem is how it causes a feeling of drought — you can easily run an entire raid and see absolutely nothing drop. But that doesn’t mean any more or less to a warrior than it does to anyone else.

What’s really important is this: The change to secondary stats simply means that we will stack crit more than ever. If there is a piece with high crit, it’s going on. There’s really nothing interesting or compelling about this design. Since only the stubborn raid as Gladiator Prot right now (and only the truly stubborn raid as Arms) there’s no reason to do anything but stack crit. Crit will remain our unchallenged king, and mastery will remain our number two. I’ll be honest and admit I’m not even entirely sure that this is a bad thing — it depends on how much more expansion we have to go. Hellfire Citadel feels like an end raid zone. So it’s probably just as well that we’re going to want gobs of crit. Looking at the Battlegear of Iron Wrath, the tier bonuses seem attractive enough and there’s crit on three out of the five pieces, so we’re likely to suck it up and wear the gauntlets (they at least have mastery) to get the four piece. The chestplate we’ll probably skip, as it has haste and multistrike on it.

Here’s a look at each set bonus for arms, fury and prot so we can analyze them more closely. 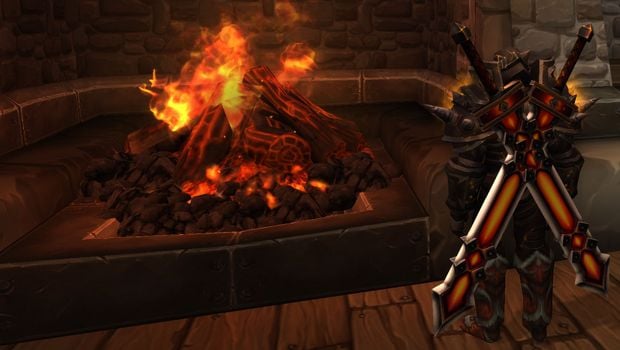 Arms: The two piece set bonus is interesting. Your Rend ticks having a 30% chance to reset Mortal Strike is cool as long as you have the rage to make use of that change, since MS costs rage now. The four piece bonus is just 30% more damage, ultimately, on Rend. This emphasis on Rend’s importance means that haste might actually spike for arms, increasing those Rend ticks even more and giving it even more of a chance to refresh Mortal Strike.

Fury: A solid but unremarkable choice for the two piece bonus. It makes the level 45 talent choice lean away from using Wild Strike as a rage dump (and thus, away from Furious Strikes) but otherwise just increases the damage of Wild Strike when Bloodsurge is active. But what’s interesting is how well it works with the four piece set bonus, which is why I think fury DPS warriors are going to wear those gloves despite the lack of crit on them. An extra 12 percent crit on every Wild Strike means an extra chance for that Wild Strike to reset Recklessness by 20 seconds. Imagine getting to pop Recklessness once a minute, or even less if you get lucky and stack crit high enough. That’s very interesting.

Protection: Protection has been shaping up all expansion to be the bearcat of old, and the two piece doesn’t disappoint. Twice as many Last Stands are great for tanks who don’t mind a bit of the mana sponge effect when it’s really necessary, and 20% more damage from Enrage is pretty nice for Gladiators. The four piece set bonus is weirdly contingent for tanks — sure, getting massively buffed Shield Barriers is really nice when you’re using Last Stand, especially since you’ll be using it a lot more, but it definitely caught me off guard. The Gladiator bonus, having Shield Charge enrage the warrior, that’s pretty solid. All of these set bonuses work in synergy, which is nice to see.

Overall they’re decent set bonuses. I may even try raiding a little as arms to see if the Rend changes from the set make it feel any better. Still, 6.2 doesn’t offer a lot for us. I guess that’s the difficulty with a design that works, even if it is inelegant — it can block sight of what doesn’t work.

Blizzard Watch is made possible by people like you.
Please consider supporting our Patreon!
Filed Under: Arms Warrior, Battlegear Of Iron Wrath, Itemization, Patch-6.2, The Warriors’ Charge, Warrior
Advertisement