Obviously, while you’re out there in the world, your character is completing a mountain of quests and objectives, and learning a lot of lore in the process. But how do you reconcile questing in roleplay — how do you play a character that has done so many extraordinary things? How do you take that into account, especially when every other character you encounter has likely done those same quests, experienced that same lore? The answer’s simple: You don’t. But it requires a little more explanation than that. 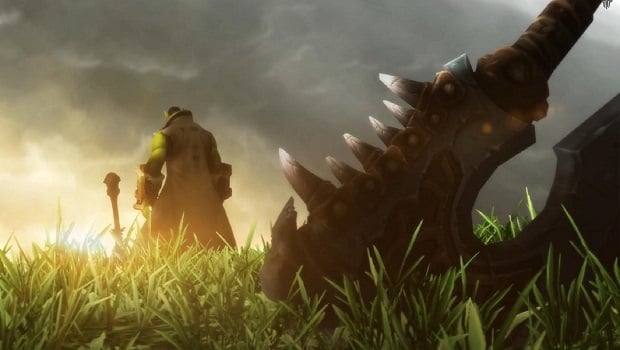 In roleplay, quests and their content aren’t really necessary to acknowledge as something your character has experienced. Sure, you might do a lot of different things with your day — you might go participate in PVP, you might go grind out some Apexis Crystals, farm for a mount, or any number of other things. But you don’t have to justify that as an in-character action at all. Just as you’ll sometimes find yourself interacting with other roleplayers out of character, you’ll find yourself interacting with the game out of character as well.

And that’s a good way to look at it, and a good thing to be doing, because otherwise you’re going to be overloaded with more information than you can possibly handle. Yes, in the grand scheme of things, the arbitrary template for our characters has them performing a set series of tasks, and we all do them. The game itself has set up our characters as these amazing heroes in the world of Azeroth, heroes that are able to take on just about anything and succeed.

But that’s just that — a template — it’s not a hard line we have to follow when we’re roleplaying at all. And if you try to absorb everything your character has done, make notes on every quest you’ve completed and make that a part of who your character is, you’re going to find yourself quickly overwhelmed with so much information you don’t know where to begin. There are thousands upon thousands of quests in World of Warcraft, and just like you aren’t required to do them all to reach max level, you aren’t required to include those quests in your character’s back story, either. 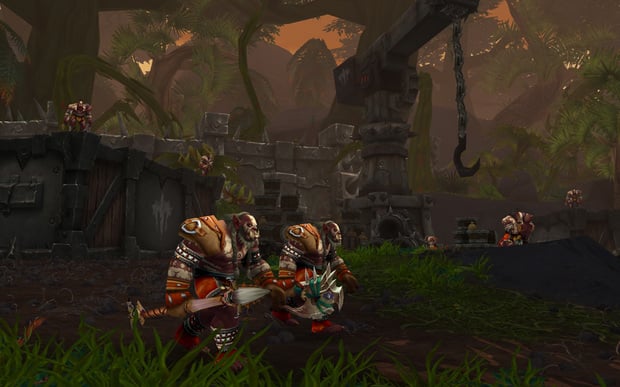 If you find yourself wanting to do so, that’s fine, too — as long as it’s something  your character would feasibly do. That requires a little knowledge of who your character is supposed to be, and what drives them in the world. The quests you could never picture your character doing can be safely considered an out of character activity. If you feel your character never would have realistically cleaned up an ounce of dung in their life, you can safely shove those quests to the side, along with any reference to their existence.

But sometimes when you’re out there questing, you might find a quest that really resonates with who your character is, and what they’ve set out in the world to do, something that would affect them greatly in character. These are the kinds of things you want to absorb, because interaction with other players doesn’t have to be the sole reason or time that your character sees any kind of development. They’re allowed to have off-screen moments where they have a change of heart, or a sudden revelation that pushes them in a different direction. 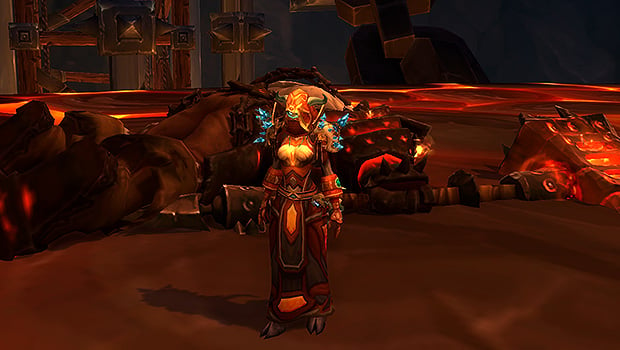 Along with using quests in roleplay, there’s always the age-old question that comes up particularly near the end of an expansion — with raids and raiding being so prevalent in end-game, how do you pull from those experiences for your character? If it’s the last boss of an expansion, when is that boss “officially” dead in terms of roleplay? Obviously Hellfire Citadel is now open for raiding, and that leaves the question of Draenor’s status open for interpretation. Is the world saved yet? Did the Blackrock Foundry get shut down? When does Garrosh Hellscream actually die, where your character is concerned?

And it all boils down to the same concept — picking your moments. Just because Garrosh was felled in a quest chain, it doesn’t necessarily mean your character was there to witness it. And in an expansion with funky timelines like this one, it can be hard to determine exactly when the really important events play out. When is Archimonde really defeated? When was Blackhand taken down? These are the kinds of questions you want to discuss with your fellow roleplayers and sort out, largely so you’re all on the same page.

In general, it’s almost a rule of thumb by this point that no one roleplayer claims they were the one who felled the final boss of a raid or an expansion. Instead, these kinds of heroics are left deliberately vague — your character may have participated in the attacks, they might have been on a side mission in the area at the time, or they might just have been in their garrison dealing with other issues entirely. This is one of those situations where you’re skirting the line as far as official lore stands, and you don’t want to get your character too closely involved in official events like this, because you don’t want to run the risk of an eventual lore reveal that invalidates something your character supposedly did.

In addition, you’re also working with other roleplayers, here, and they likely don’t want to run that same risk either. In cases like end bosses and raiding, it’s usually better to just assign your character a vague side role, if you want to include them at all. That way, you’re not stepping on anyone’s toes, and you’re not risking the chance that your character’s very important role in it all could  be written out at some point in the future.