Interview with a Hearthstone pro: CoL.TheJordude 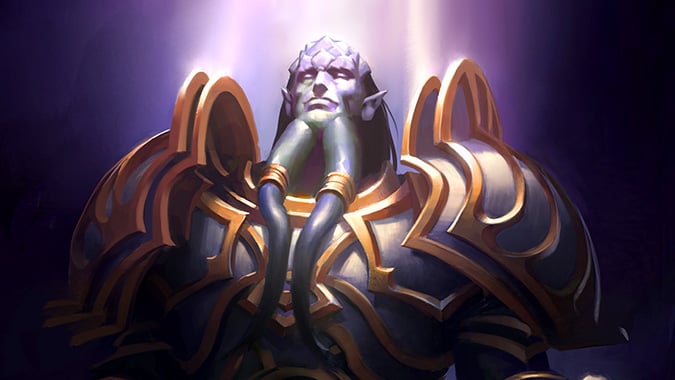 Being a professional Hearthstone player isn’t the easiest job in the world. This week, I sit down with pro player Jordan Hong “TheJordude” Tai of Complexity Gaming. Our topics broach his gaming history, his thoughts (and tips) for competitive play, the differences between online and live (in-person) events, and areas of the game that Blizzard could improve in.

Tell us briefly how you became interested and involved with Hearthstone. Did you have a history with card games?

Before Hearthstone, the only other video game I played was League of Legends. Other than League, I went outside and skateboarded. During the time of closed beta some of my friends were talking about getting their beta keys. They told me it was similar to Yugioh so I was a bit interested. I looked the game up and it became open beta so i tried it out. My first day I was already beating my friends and winning against other players in constructed so I just got into it. I eventually started entering tournaments, making guides, and grinding ladder enough that I decided I wanted to try to take it to the next step and try to play professionally. Before I joined compLexity I was on a couple small teams such as Momentum and Ascension. I’ve been playing card games since grade 1, starting with Pokemon, then Yugioh until end of high school really, and a little bit of Cardfight Vanguard. I played Yugioh semi-competitively but the game is pretty expensive to keep up with the meta.

How did you sign with Complexity? Did they approach you first?

I don’t want to get too much into those kind of details. I’ll just say that I was able to talk to the right people at the right time. 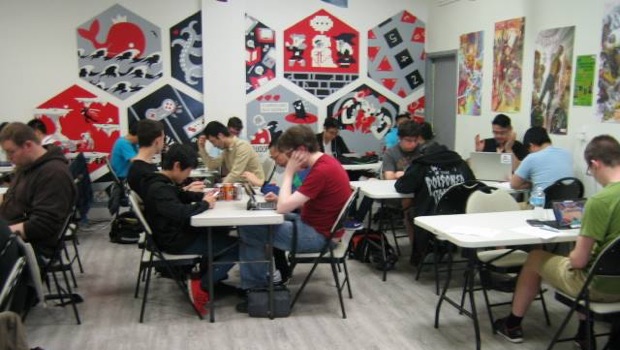 You’ve won three straight Fireside Championship Qualifiers in a row. How different (or similar) is it for you to compete in a live, in-person event versus an online event? Do you have a routine or pre-game ritual?

It is different in the sense that I can be salty out loud and you feel real people watching you so there is a different type of pressure. However, I do enjoy the in-person events as I feel like it forces me to concentrate harder since the feeling of accomplishment is greater. I don’t really have a pre-game ritual or routine, usually before a tournament or big game I just relax and take my mind off Hearthstone. I’ve done my research and my decks are locked, so it’s best for me to not get anxious about it or tilt from playing beforehand.

What goes through your mind leading up to a tournament? How do you normally prepare? Extensive practicing or scrimmaging against specific decks?

I’m usually telling and reminding myself to not screw up, and to take my time and think about every option I will be given. I normally spend most of the time thinking about the decks I want to bring. I’ll think about the top decks at the moment and which decks I can play the best. I consider what other people will be playing and tech accordingly. I will also ask my team or other pros what they think is good or their opinions on a deck I want to bring. I’m actually starting to get predictable to other people so now I am going to be focusing on mixing things up a little bit. I really should, but I don’t practice too hard for tournaments, the most I’ll do is test my lineup on ladder, or scrim with a friend a little bit. 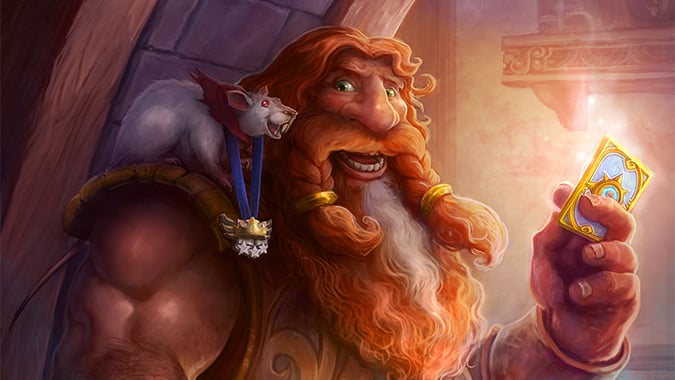 Walk us through your deck selection and card selection process for an event.

For decks, I will look at the top tier deck archetypes and ask myself how good am I with it, and what are the matchups like. If I like the deck and I agree it is strong, I’ll play it. For example, Patron Warrior is probably the best deck right now, I can play it fairly well, so I take it. For card selection, I will look at numerous deck lists from other pros or high ranked players, test it, and tweak it to my liking or if I think there are certain techs needed.

Talking about the ladder for a bit, there’s been some concern over the way ranked play is structured and the rewards system it has. Many players (like myself) hit Legend once and then make half-hearted attempts in later seasons to get back in there again. Do you think the ladder is fine the way it is?

I think there can definitely be changes in the the ladder system. I agree, the ladder is not rewarding for the grind you have to make. However, I’m not sure how Blizzard can change the system to be more rewarding; even a few packs isn’t that great. From rank 20-1 there is really no difference besides the level of play. At legend, you are really only fighting for blizzard points to get into the world championships. For the average player, they get legend for the card back and that’s enough for them. Most pro players I feel only grind legend for the intrinsic motivation of getting a high rating and bragging points. 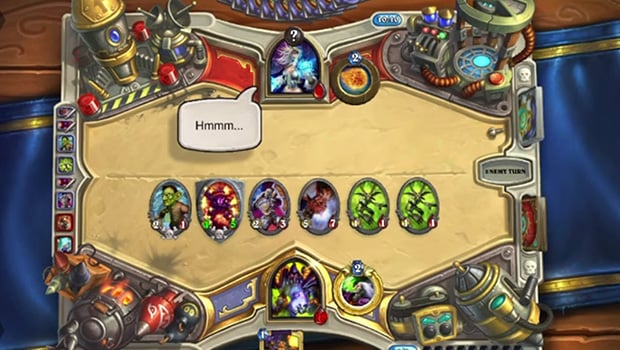 Losing streaks. How do you handle losing a string of games?

Sellout moment, I’ve actually written an extensive article about this topic. Even though I explain it there, I do face times where I tilt, know about it, but continue playing. But I’ve gotten better than in the past, and once I drop a few ranks, I force myself to get off Hearthstone, play a different game, or go do something else entirely.

What feature would you like to see implemented in Hearthstone? What can Blizzard do to improve the game further?

I’d really like to see Hearthstone implement a tournament mode. Something where people can just set up a fun or competitive tournament with different rules and just play. Sometimes it’s a pain doing online tournaments where you have to email or submit results, take screenshots, deal with salty people that don’t report, etc. I would also think a tag team mode would be pretty cool. Double the life, and swap decks between players when it’s their turn. Blizzard also needs to fix those spectator bugs.

What do you feel is the weakest class in the game and how would you improve it?

I’ve openly talked about how I really don’t like Shaman. I’ve got about 25 ranked wins with the class, hah. The reason I feel Shaman is weak is because the overload mechanic really hurts you in the current meta that focuses on control and tempo. Shaman’s hero power is also the only class with RNG, and a lot of the class cards are RNG based. To improve Shaman I would give them more consistent class cards, or higher impact cards that can give them more of an advantage for all their risks and tempo lost they have. 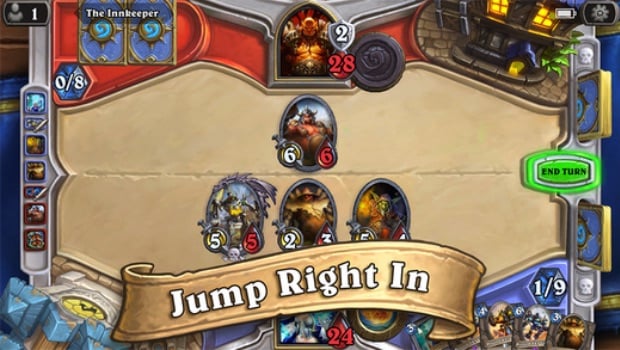 Favorite deck to play competitively:  Patron Warrior and Midrange Hunter because they perform really well for me and can win any matchup.

Favorite deck for fun: Freeze Mage and Mill Rogue because they have cool win conditions.

Deck you hate playing against: Druids with a god opening curve are the bane of my existence and tournament experience. There’s just nothing you can do when they have big mana push plays and when you finally catch up they just combo you down. Some people will say they hate playing against Patron, but that deck has such a high skill cap, rewards good plays, punishes bad ones, that I respect people that do well with it.

Alright, thanks for your time Jordan! Any shoutouts you’d like to make?

It was a pleasure! Shout outs to all my friends and family for supporting me through this, as well as my teammates Dog, SuperJJ, and Ryzen for helping out with their suggestions and feedback. A big shoutout to the management of compLexity for giving me a great opportunity and helping me out. Shoutout to our sponsors Soundblaster, G2A, Newegg, Creative, Twitch, Powercolor, XPG by Adata, DXRacer, and Pwnit Wear. I’d also want to give a shoutout to local Hearthstone buddies Noobberry, Itzbolt, and Faithful101 for making Hearthstone not just an online thing.

If anyone wants to find me or hit me a follow, the best places are on Twitch and Twitter.

Blizzard Watch is made possible by people like you.
Please consider supporting our Patreon!
Filed Under: Complexity, Hearthstone, Interview, Jordan, TheJorDude
Advertisement