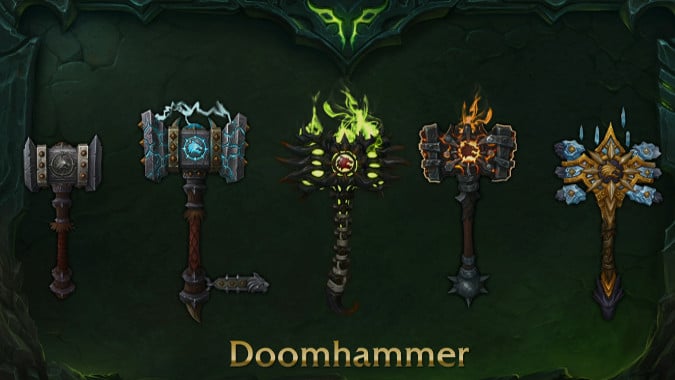 What are artifact weapons? Rumored since the early days of World of Warcraft these are weapons that transcend even legendary status, and in World of Warcraft: Legion we’re going to go after different ones per class and specialization. You’ll recognize some old favorites — for example, Ret Paladins will finally get to wield the Ashbringer, while Enhancement Shaman will be picking up the fabled Doomhammer. But how will this process work? How do we get artifacts, and are they just weapons or something more? 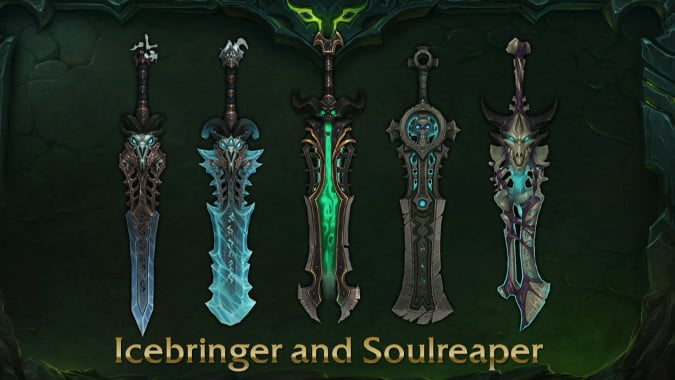 Artifacts are different from most weapons. They’re almost more of a class and spec based mechanic — to begin with, each class and spec will have a different path to greatness. The examples given at Gamescom included going back to Icecrown Citadel for Frost Death Knights, in order to harvest the shards of Frostmourne and use them to create two swords, with other classes getting similar unique storylines to explain where they got their artifacts from. Other examples included finding a sword and shield made from the scales of Neltharion before he was corrupted into Deathwing, plundering the tomb of an ancient Vrykul lord, or retrieving a weapon from a fallen hero or a hero who has lost the will to fight.

Once you have your artifact, you empower it through your own accomplishments. 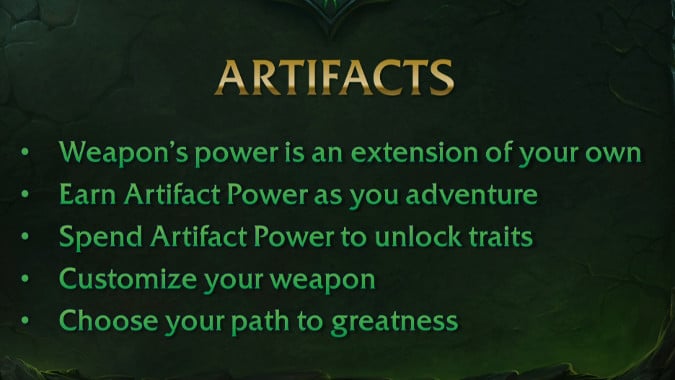 Through your actions in the Broken Isles you’ll earn artifact power, which comes from questing, dungeons, PVP, and other means. This artifact power is the means through which your Artifact levels, growing in strength and uniqueness. While speaking on the subject Ion Hazzikostas mentioned that Blizzard is aware that having all Ret Paladins using Ashbringer can hurt uniqueness and immersion, and so there are traits that can be unlocked via artifact power that help you not only customize your artifact’s abilities, but its appearance. (The header image of the various Doomhammers gives you an idea of how this will shake out.) 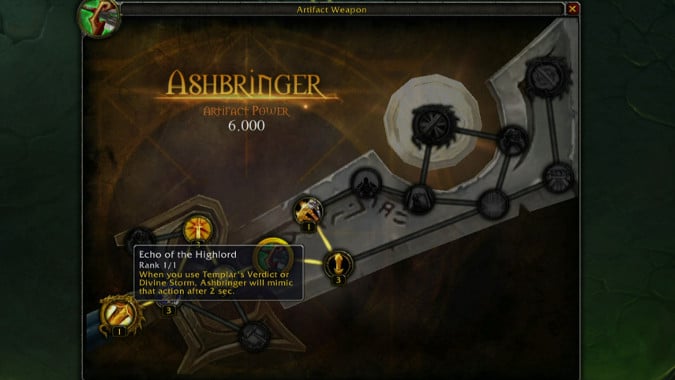 How does artifact power work?

The Ashbringer above gives you an idea of the Artifact UI and how it will work. You can buy various traits — some increase your power or allow you to duplicate abilities you already have, while others are purely cosmetic. We don’t know every classes’ artifacts yet. From the website we have five, and more were shown at the presentation. One of the best ones is the Feral Druid artifact, Fangs of the First Nighsaber, because for once, Feral and Guardian Druids aren’t getting left out of the visual flair that the artifacts grant other clases and specs. Observe. 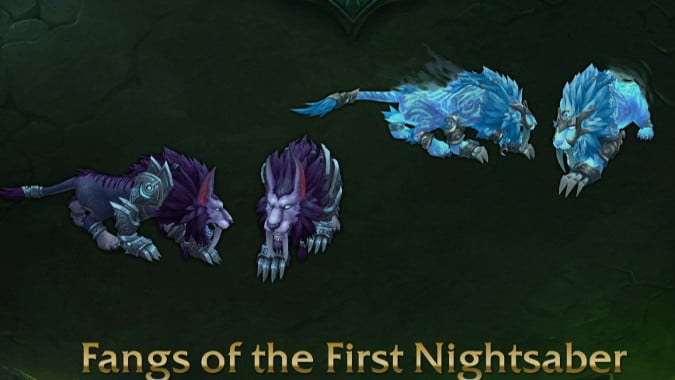 Yes, instead of merely customizing the appearance of the Artifact, the Feral and Guardian Druid artifacts will customize your forms, giving you options like the ones shown above.

It’s a very interesting variation on the idea of class quests, as every class and spec will have their own unique weapons. Frost DK’s will be dual-wielding Icebringer and Soulreaper (shards of Frostmourne), while Blood DK’s (and perhaps Unholy as well) will be using the Maw of the Damned, a 2-haned weapon. Fire Mages will gain Felo’melorn, the sword of the Sunstrider dynasty. The concept is that you gain one of the most storied weapons wielded by one of the greatest members of your class order. And so far, it’s shaping up to be pretty amazing.