The Queue: No sleep ’til BlizzCon 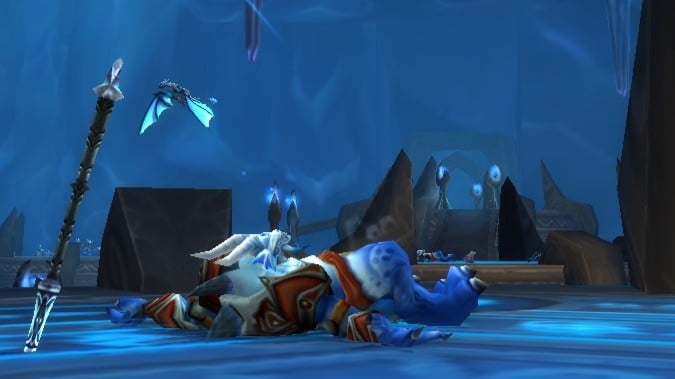 Conventions like Gamescom make for long days and lots of writing on very little sleep — this post is no different. Plus, by the time you see these words, we’ll know what the next WoW expansion is, so you’ll probably want to catch up on that — and then come back here with your questions and discussions for the Queue.

So let’s get on with today’s somewhat-sillier-than-usual questions, which may all be obsolete by the time the announcement’s over.

So… I’ve been playing the latest Hearthstone’s Tavern Brawl, and all I can say is that’s not as compelling to play as its previous iteration.

The main reason? You have to build a deck for it.

I’ve got no cards besides the basic ones on my game. How I’m supposed to play against someone who has plenty of cards and, idk… have fun? I understand that buying cards is maybe the main thing about this game, otherwise, how Blizzard would make money out of it, right? But I thought last week’s Brawl was aimed at people like me, and that’s why I’ve played more than 15 hours last week, but only one hour on this week.

Too bad, I’ll be back at playing yet another non-Blizzard game, sorry pals… =/

I feel your pain. I play a little Hearthstone, but not enough to have an amazing collection of epics and legendaries… which tends to mean my advancement in all areas of the game is at a glacial pace. For me, the fun of a brawl is that it doesn’t matter how my card collection is — I can jump in and have fun playing a weird, oddball gameplay mode.

The modes that involve lots of random cards or abilities, or don’t require a constructed deck, are great for this because they just let you play and don’t punish you for not having the best cards. But so far it feels like about half of the Tavern Brawl matches are that kind of fun while the others, those that seem to require you to have a complete set of legendary cards, are so frustrating that I don’t even bother with them.

This week it’s one of the latter. But, hey, there’s always next week.

Q4TQ: Is anybody even going to read the questions you answer today or will everyone explode about the expansion instead?

Good point! Maybe I could just lorem ipsum this whole thing and no one would notice. Do you think my boss would mind?

WHAT’S THE NEXT EXPANSION AND HOW MANY SPIKES WILL IT HAVE?

We’ve been going through years of heavy spike inflation, and I expect this year will be no different, with the number of spikes on screen increasing exponentially. Just compare old Orgrimmar to new Orgrimmar! Lately, spikes have even become increasing prevalent beyond the walls of Orgrimmar and on player armor as well.

While spikes have great menace value, there’s a point where your spikes are adorned with their own tiny spikes that are adorned with their own tiny spikes and it all becomes a form of self-parody. If we want in-game spikes to maintain an appropriate threat level, it’s important they not be overused — thus, this spike inflation needs to stop. If it doesn’t, the economic consequences — as spikes become less valuable, so more and more must be used — could be dire indeed, resulting in heroes and armors riddled with the things while being no more menacing than a puppy.

Only you can stop spike inflation, so take care with your armor choices and garrison decor options. 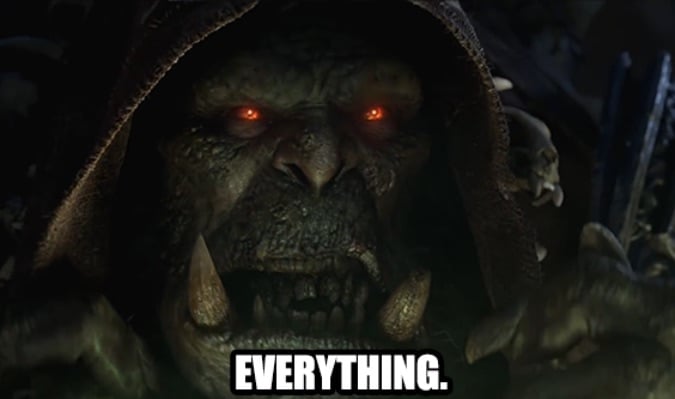 Ahem. Okay, obviously I should give this question a serious and contemplative answer. Obviously, a commandojack’s entire reason for being is the obliteration of wood and wood byproducts, so it only makes sense that their long term goal should be the control of every piece of wood.

It’s probably best for the world if we don’t allow them complete dominance.

With all of the negativity for WoD, what do you think Blizzard would have to do to make amends with the player base?

I actually think it’s really easy for Blizzard to make amends: all they need to do is make great content. For all of Blizzard’s failings and my own disappointment with how Warlords of Draenor turned out, compelling gameplay is something Blizzard is really good at. It’s just that after finishing the initial quest and leveling experience in Warlords, the game kind of stopped for a lot of players. Sure, there were dungeons and raids with ever higher difficulty levels, but that’s not content that appeals to everyone.

Despite two content patches since, including patch 6.2 which Blizzard boasts is a huge expansion to the game, I don’t think it’s added much for the players who aren’t into high-end raiding — and I think the end game is especially disappointing because the leveling game was fantastic, offering some great quest and story experiences (in my opinion, the best we’ve seen in the game’s history). We’re left in an odd end-game situation where there’s tons of content to do, but not much content that players necessarily want to do. Errand running for Khadgar? Sending another fleet of ships to their inevitable doom? Continuing to do garrison chores and missions even as their rewards dwindle to nothing? No thanks, I think I’ll do something fun like organize next year’s tax paperwork instead.

Players’ dissatisfaction is clear, not only in ongoing complaints (which I expect we’d see regardless), but also in the game’s drooping subscriber numbers. While I don’t fall into the camp that thinks fewer subscribers means the end of the world, I do think it sends a clear message that players aren’t invested in the game right now. But, really, I think all Blizzard needs to do to bring people back is give them something fun and interesting to do. The game always rebounds for patches and expansions because there are new things to do and long-time players come back to check them out.

If you build it, they will come. Make a great game, and players will follow. It’s as simple (and, because no one defines “fun” in quite the same way, as complicated) as that.

That’s all for today’s Queue. Be sure to leave your questions for tomorrow (they’re all about the new expansion, right?) in the comments below, where Mr. Matthew Rossi will be answering them.