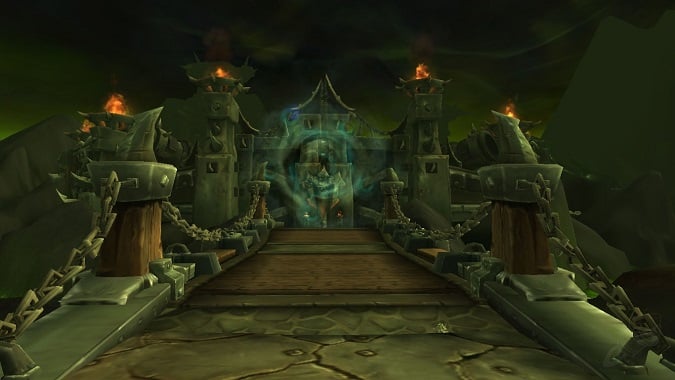 Leading a pick-up group (PUG) raid is a different type of challenge than leading a guild-only raid. You’re taking a group of strangers and trying to forge them into an effective tactical unit over the course of a few hours.

PUG raids sometimes have a bad reputation in WoW. Much of that reputation comes from the abysmal way some leaders handle PUGs: setting ridiculous barriers to entry, kicking players for not knowing every nuance of an encounter, etc. Being a good, respectful leader means good, respectful raiders will want to raid with you again. Here are 10 tips for leading a successful PUG raid.

1. Don’t set requirements that you don’t meet. A PUG’s purpose isn’t to carry you through content you’re not equipped for or aren’t familiar with. Don’t rely on the PUG members to know the fights. If you’re leading the group, then you have to know the encounters. It’s ideal to know the strategy for all three roles, not just your own. That way, you can adjust the raid’s approach when needed to make up for deficiencies or leverage strengths. Regarding that…

2. Be willing to be flexible. Just because a specific strategy is “how you’ve always done it” doesn’t mean that it’s the best way for this particular group of raiders. Like the coach of a losing team at halftime, sometimes you need to change your approach on the fly in order to succeed. Players are more likely to drop group if you keep trying — and failing at — the same strategy over and over again. If you vocally make adjustments and try to brainstorm better ways of handling a mechanic, the group will remain engaged and hopeful longer.

3. Create an environment where asking questions is encouraged, not punished. I’ve heard of PUGs where asking a question gets you kicked out of the run. Doing so may save a little bit of time right now, but it could also cost you time, both now and later. It’s very possible that someone who didn’t speak up doesn’t actually know what to do on this boss, and someone else may not understand a mechanic on the next boss. Instead of asking for help, they’ll just fail in silence out of fear. Explaining a confusing mechanic is a reminder that can help the entire group, and it only takes a moment.

4. Don’t be afraid to admit your mistakes. If you screw up versus a boss, trying to hide the fact will only make you appear dishonest and insecure. And trust me: somebody saw you, even if they don’t say anything. Apologize for the mistake and explain what happened so other people can avoid doing the same thing. You might think that confessing to a screw-up will cause your raiders to lose faith in you, and thus in the run. On the contrary, most players will have greater respect for you and more confidence in the run because you have the confidence to admit that you’re not perfect.

5. Delegate or find time-saving alternatives when possible. You often have to do raid-leadery things before the first pull of the next boss such as setting up vision groups for Kilrogg, creating an interrupt rotation for Socrethar’s Exert Dominance, and so on. If there is something that another raid member can do while you’re setting that up, ask them to do it instead of taking everything on yourself. For example, one healer needs an explanation of a boss. Ask another healer to whisper them what they need to do. That way, you won’t have to accomplish both tasks yourself and the group can pull sooner.

If a large portion of the raid needs to learn the fight, instead of explaining an entire encounter point by point, you could provide a link to a strat video. It’s a bit much to ask everyone to stop and watch one of Fatboss‘s exhaustive 10-minute+ explanations, but Line of Sight makes excellent and mercifully brief 2-minute versions. After everyone has watched the vid, you can emphasize certain points. It’s also usually more effective for people to see what the abilities and raid movements look like than to get a verbal description from you.

6. Don’t “reserve” drops. We get it: You really want your four-piece tier set or your class trinket from Archimonde. So does everyone else. People argue that this is fine because you’re saying it up front and because you’re making the effort to organize and lead the group. I believe it leads to more problems than it’s worth.

For one thing, it shades the run with a negative feeling from the start. Group members may already have a less favorable opinion of you and less patience for the run knowing that you’re keeping a potential drop for yourself. Also, someone may have signed up who didn’t notice or understand the reservation. They might become extremely angry when they don’t have a fair shot at the loot, leading to potential distractions and delays. Also, I would argue that you’re diluting the pool of talented raiders who might join when you don’t give everyone a fair chance at coveted drops. That can mean the whole run takes longer or that you don’t even get Archimonde down — and then no one gets a trinket.

7. Don’t play favorites with guildmates. It’s OK to ask them to carry a heavier burden during encounters because you trust them to do a job correctly, such as dispelling the bombs versus Iskar. However, it’s not OK to kick a tank halfway through the run because your guildy wants to tank instead. It’s not OK to assign Warforged loot to a guildmate in violation of the stated loot rules of the PUG.

8. Don’t badmouth players after they drop group. You don’t have to sing their praises, either, but badmouthing them as soon as they leave fosters a negative environment. People will wonder what you might say about them after they leave, and that’s not a great feeling.

9. Don’t allow excessive AFKs. One person should not repeatedly hold up the raid for long periods of time. It’s unfair to waste the time of all the other players, and nothing will make people think about dropping out faster. Those minutes you’re sitting around remind your raiders of all the other things they could do or need to do with their time. Ask frequent AFK’ers to drop out and come back when they can stay at the keyboard.

10. Remember the players you enjoyed raiding with. Friend them or write down their character name for future reference. It’s always handy to have a list of players to call on when you’re setting up the next run. If you’ve been a good raid leader, they’ll be far more likely to join you again in the future. It’s also a great way to recruit for your guild.