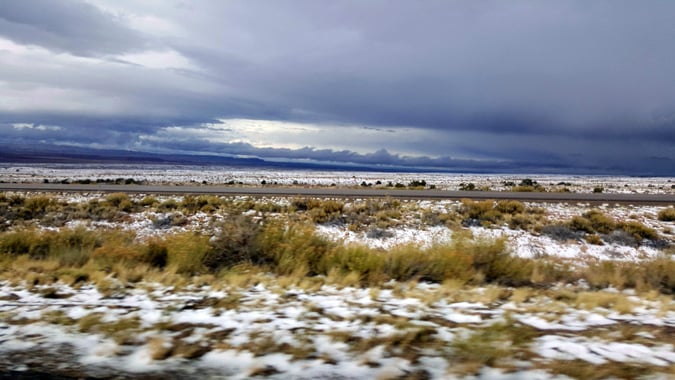 Road trips are fun, even if I didn’t have an Alex Ziebart with me this time around. Solo road trips are fun because you can bring your own music and totally rock out and sing as loudly and horribly as you’d like. And the scenery is great. If you’ve never gone on a road trip anywhere, take a weekend and just go drive. You never know what you’ll see on the way! Now that I’m finally home and at my own computer again, let’s see about answering some questions, shall we?

From what I understand, you keep the level 90 boost, and it will not upgrade to the level 100 variety. You’ll just have a level 90 and a level 100 boost to use at your convenience. It’s still early though, so they might change the call on that one, you never know!

Can I delete armor sets that I kept from quests, then get them back when Wardrobe comes out? What about pieces I bought from AH and have equipped/mogged? Do I have to keep my bank bursting at the seams until Legion?

If it was a post-Cataclysm quest, I’d say you’re safe to delete it for now, as they said they will populate the wardrobe with the rewards from all the quests you’ve completed. I believe this also includes pre-Cataclysm revamp quests, because those quests still exist somewhere, they’re just listed differently because they are depreciated quests. However, I wouldn’t take my word on that one — so I’d say just to be on the safe side, hang on to your non-quest reward items, and any pre-Cataclysm revamp quest rewards.

Q4tQ: Is there a Warcraft novel coming out between now and Legion?

Yes! World of Warcraft: Illidan will be out next spring. They’ve even released some snazzy cover art for it. In addition, we should see World of Warcraft: Chronicle Vol. 1 in the spring, as well as Warcraft, the prequel novel to the movie — that one is listed for a May release, currently. The Illidan novel is a tie-in to Legion, while Chronicle is book that details WoW‘s lore, and the movie novel is for the movie — it’s not related to the new expansion.

Q4tQ: Did “demons” exist before Sargeras formed the Burning Legion? Or all demons essentially corrupted members of other planets’ species?

They did! Sargeras’ original job within the Titan Pantheon was in part all about hunting down demons — he was the Champion of the Pantheon, defending the worlds that the Titans created. In fact, it was observing all of these demons that eventually drove him mad. The world that fresh Demon Hunters are sent to, Mardum, is the world on which Sargeras imprisoned all those demons. When he began the Burning Legion, he went to Mardum and shattered it, essentially freeing everything he’d spent all that time locking away.

QFTQ: Anyone else wonder if we’ll get a DH class preview blog on Thursday afternoon? Only the Rogue is scheduled for Thursday morning, leaving lots of time then to surprise us with a post we’re not prepared for.

That’s doubtful. At BlizzCon, only the Havoc spec was playable in the Demon Hunter demo — they aren’t done fully developing the class just yet. I’m sure we’ll see something eventually, but I don’t think we’ll see it quite this soon.

Q4tQ, dancing on the RP edge of things.

Which major events/boss kills/etc,. has your main been involved in directly?   Like … I know RPJ was only involved in the AQ war at the top peripheral level, since she was only level 54 or something. I figure she was furiously smelting copper bars like a good girl the whole time.

I could go on, but you get the idea?

The only one I consider my rogue to have been actively involved in is Deathwing’s defeat, and that’s because she was doing some errands for this black dragon at the time…he was pretty insistent about the whole thing, you know? Really though, for RP purposes in particular, I try to omit any references to being there for “the” boss kill of the expansion. Sure, I’ll say she was there insofar as being part of the forces that assaulted the place, but I’m not going to say she struck the final blow or anything like that.