Cataclysm Timewalking dungeons and you 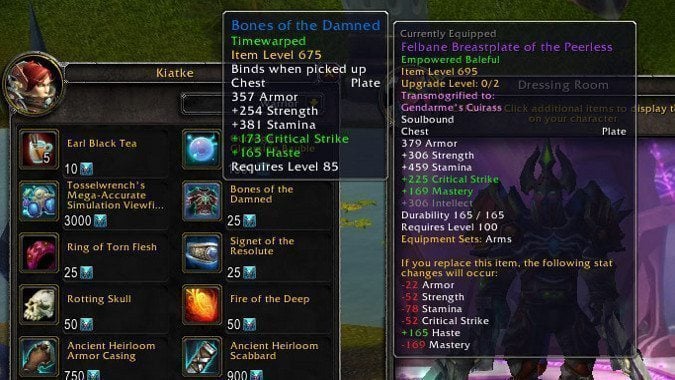 Tuesday’s Patch 6.2.3 brought Timewalking to various Cataclysm dungeons, as well as reintroducing Valor to World of Warcraft. The currency can be earned and used to upgrade current Hellfire Citadel gear, Tanaan Jungle Baleful gear, Mythic dungeon drops, and crafted Epic gear from professions. With this week being a Cataclysm Timewalking week (from November 18th to the 23rd) it’s as good a time as ever to start getting your feet wet in Timewalking dungeons.

We’re taking on a lot of clocks

Let’s do the Timewarped again, for loot this time

Each Timewalking dungeon offers Timewarped badges. These are not the same as Valor points, and aren’t used to upgrade existing epic gear. Instead, each Timewalking weekend event opens a new vendor who accepts Timewarped badges. For the Cataclysm Timewalking event that vendor is Kiatke, available near the portals to Cataclysm zones in Stormwind and Orgrimmar. Kiatke sells a variety of toys, Cataclysm reputation items for various factions like Therazane, and even some gear that scales up to ilvl 675 if you’re looking to supplement an alt — including the often hard to find rings and trinkets for said alts, for every spec. These items are essentially the old gear available from Cataclysm Valor points, scaled up to be useful now.

You can also upgrade your heirlooms using Timewarped badges. Kiatke sells both the level 90 Ancient and level 100 Timeless Armor Casings and Scabbards. She also sells two toys, the Tosselwrench’s Mega-Accurate Simulation Viewfinder (which allows you to basically summon Deathwing and have him breathe on everything) and Gurboggle’s Gleaming Bauble, which turns you into a Gilblin. 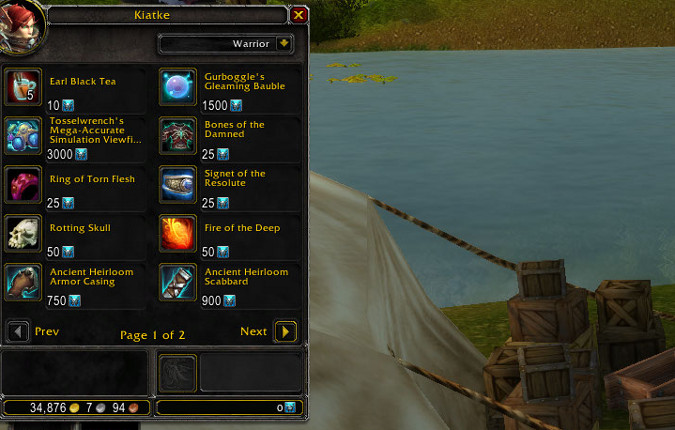 The Dungeons of Cataclysm Yesteryear

There are six Cataclysm dungeons in the rotation for Timewalking now. Grim Batol, Lost City of the Tol’vir, The Stonecore, The Vortex Pinnacle, and Throne of the Tides were all launch dungeons, while End Time was one of the last three dungeons released for Cataclysm. Like all Timewalking dungeons, these require a certain amount of respect, as you’re not there as an overpowered level 100 — the mechanics, while not prohibitively hard, can and will kill you if you try and ignore them. Vortex Pinnacle and Stonecore in particular benefit from some active CC on certain trash pulls to lock down healers and keep the spellcasters at bay.

In addition, the quest A Shattered Path Through Time gives you an Iron Fleet Treasure Chest with a Normal mode drop, a Seal of Inevitable Fate and 500 Valor for gear upgrades. Since you’ll be running the Timewalking dungeons anyway, it’s worthwhile to pick up the quest.

We could use a stirring theme song and a swirly tunnel

To run these dungeons, you just need to wait for a Cataclysm Timewalking weekend (which is live as I type this, November 18 through 23) and then use the LFD tool. Queue up for a Random Timewalking dungeon in your preferred role and you’re good to go. Remember, your gear scales down to ilvl 300, so anything you have above that (which includes most Cataclysm gear and all Mists of Pandaria and Warlords of Draenor items) will scale just fine, and while you’ll be considered level 85 you will have access to all of your abilities. So have fun and grind out those Timewarped badges.