Officers’ Quarters: A burned out leader 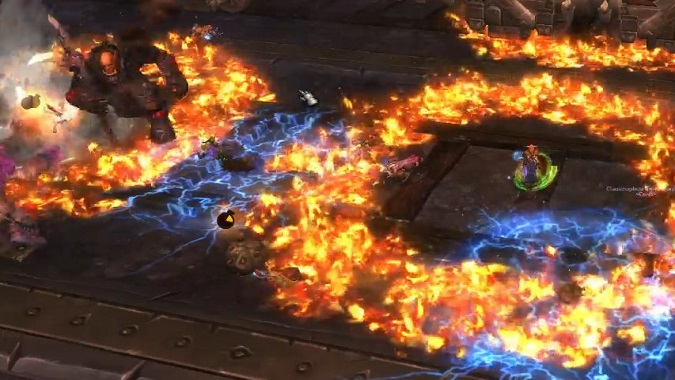 Today’s question comes from a guild leader and raid leader whose team has fallen on tough times. As a leader, what should you do when you no longer feel motivated to lead?

SticksBSI asked
I’m guild-leader and raid-leader of a previously very successful guild. We were in the top twenty raiding guilds on our server during 5.4, and when WoD came out, we were talking about top-10 status. Then came the Draenor Duldroms, we lost a lot of great people to real-life issues, issues with the raid schedule or just folks losing interest in the games. Over time our large and powerful raid team has been whittled down to a few skilled and dedicated members and a series of regular PuGs. The problem is that we can’t push content anymore, we’re still on Normal HFC and can’t reliably down any boss past Gorefiend on a given raid night. When we do succeed, it’s due to outside help from more successful friendly guilds.

I’m losing my confidence and don’t really want to lead anymore, but there’s nobody I feel I can hand the reigns to who is both a strong leader and willing to keep to the original spirit of the guild. Before any raiding is done, my guild is a place where people can be themselves and not feel pressured to act any different. I took a two-week break from playing to try and get my head straight for the guild, but when I returned I found it even harder to be a leader. It’s harder and harder to log onto raid and I’m looking for excuses to bow out early, I feel bewildered by the fight mechanics and can’t explain them clearly any more and my raid-calling is falling behind, in particular on Iskar.

What can I do?

Sticks, many raid leaders have found themselves in your situation. The first thing to do is acknowledge that you are burned out. That’s the core of the problem here. You don’t have the same motivation that you once had. If you did, you wouldn’t be feeling this way. Let me also say this: It’s 100% OK to feel this way. It happens. In a game that’s 11 years old, that you’ve probably been playing for a decent chunk of that time, it’s natural to reach this point. When your team hasn’t lived up to expectations, when your raiders are dropping their subscriptions, when everything seems to be falling apart around you, it’s natural to feel like giving up.

Indulge me in getting esoteric for a moment and quoting from the Imperial Rescript (or The Wheel of Time if you prefer): “Duty is heavier than a mountain. Death is lighter than a feather.” Right now you’re feeling the immense weight of your leadership duties. Letting them go and stepping down, or quitting WoW altogether, would be a huge relief. But can you live with the potential consequences?

Your players will only come back to your guild for Legion if there is still a guild to come back to. Your raid team is balanced on a knife edge right now. The loss of a raid leader and/or one more key raider could tip it toward oblivion. I’m not saying this to guilt you into staying. I’m just assessing the situation as it stands.

Normally I would say to take a short break of a week or two, but you’ve already taken that step and it didn’t work. The way I see it then, you have three options.

1. Find a new guild/raid leader and stay on as a raider.

You say that there isn’t anyone who is “both a strong leader and willing to keep to the original spirit of the guild.” I know that such a person would be ideal, but in this situation you will have to compromise and choose someone who is either one or the other. I would recommend the “strong leader” side of the equation. No matter who volunteers or whomever you pick, they’re going to want to put their own stamp on things. No one is going to run things exactly the way you ran them. The spirit of the guild may indeed change. But honestly it’s a better alternative to captaining the ship as you want it captained while the ship sinks to the bottom of the ocean. Also, a different leadership style may prove to be just what the guild needs right now to get back on track.

Make no mistake: this choice could lead to disaster. But if you stick around as a raider, it has a better chance to work. You can answer questions that the new guild/raid leader might have. You can also be another quality raider on a team that sorely needs more of those. Just make sure you let the new person lead. If you’re constantly whispering him or her about the ways things “should” be done, you’re going to stifle their initiative and creativity just as they’re starting out on this path.

It might help you to enjoy the game again if you go back to being a regular raider who just has to worry about logging in and doing their job well.

2. Focus on being the guild leader only.

As the guild leader only, you can focus on that side of things. You can stop worrying about the raid leadership part and bend your efforts toward supporting the new raid leader by finding recruits and making alliances with other guilds. Many guilds are in a situation right now where they want to progress but they’re short on bodies from, as you put it, the “Draenor Doldrums.” They’re looking for a guild like yours that has willing, experienced raiders but not enough.

Ask the raiders in your guild to help you with these recruiting/alliance efforts. Coordinate them to put everyone’s skills and friend networks to best use.

Keep this in mind also: We’ve got Valor points now. The content is, in essence, nerfed — if your raiders are willing to put in the time to grind Valor and upgrade their gear. Maybe your guild can use this opportunity to down some new bosses under a new raid leader. Maybe with some fresh progression and new team members, you’ll rediscover your enthusiasm for the game.

3. Take a longer break from WoW.

Your burnout may only truly be cured if you take a longer break. We’ve already talked about the risks involved here, but at the end of the day, you’re no good to your guild if you’re leading them but lack the motivation to do so. I think choice 1 or 2 is a better course of action right now. If these steps fail to revive your desire to raid, however, then choice 3 may be your last resort. The guild and the raid team are better off in the long run when they’re led by someone who actively wants to lead them, regardless of their current abilities. Many excellent new leaders are born of necessity.

Whatever you decide, I wish you luck!