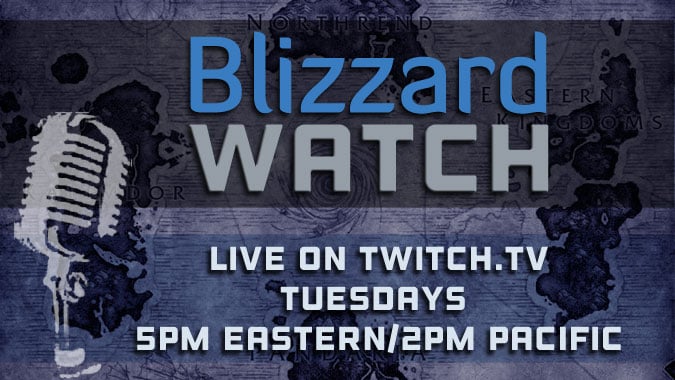 The Blizzard Watch podcast has been going strong with over 50 episodes of Matt, Alex, and Anne discussing Blizzard Entertainment and answering your reader emails. Starting this week, the live show is going to move from its customary Monday night position to Tuesday afternoons. If you’d like to catch the live show, we’ll be broadcasting live on Twitch every Tuesday at 5pm EST/2pm PST for listeners.

As always, we’ll be releasing and posting the show for download, however it will be shifting a day over as well to accommodate the new schedule. Show posts will now be going live on Thursdays. And if you’re interested in catching absolutely everything we have to say, Patreon supporters receive an uncut version of the latest episode — including the preshow — shortly after we’re done recording it. Have a question for the show? Just send an email to [email protected]! We’ll see you tomorrow for the live broadcast, and thanks for listening!