Blizzard’s approach to class design in Legion centers around the “distinctive identity” of a class and its specializations. While past expansions have pruned abilities from classes, Legion looks to diversify a class’s specs with spec-unique skills and talent options. That has heralded the return of many iconic abilities, some of which are radically different from their original versions. What did those abilities look like in their first incarnation, and how have they evolved?

Last time, WoW Archivist examined Divine Intervention, Innervate, Volley, and Heart Strike. Today, we look at four more. Note that the Legion alpha is constantly in flux, build after build, so we can’t be certain what will actually return. All we can do is give feedback and hope our favorites make the cut!

Then: In classic WoW, one of the Shaman’s most powerful abilities in both PvE and PvP was their Windfury Totem. It provided the Windfury buff to everyone in your party, giving their melee attacks a chance to hit two more times. Windfury was a massive buff to DPS. Totems only affected members of your party, so Horde groups would stack their best melee players into parties with Shamans to make sure they always had Windfury.

Windfury proved difficult to balance, however — particularly when a player was using a two-handed weapon. People who PvP’ed against Horde back in classic WoW still have nightmares to this day of getting one-shot by a Windfury’ed Arcanite Reaper. To combat this, Blizzard eventually took away Enhancement’s ability to wield two-handed weapons at all. They’ve been a dual-wielding spec ever since.

The totem itself underwent several changes. In Wrath it granted a 20% haste buff to melee players. In Cataclysm it was nerfed to 10%, but the buff extended to ranged attacks also. While it was still technically in the game, it was a shadow of its former fearsome self. Blizzard finally cut it completely in Warlords of Draenor.

Now: This beloved ability could return in Legion! In the alpha Windfury Totem is very similar to the classic WoW version, although it’s a bit weaker. It only provides one extra attack, not two, and it has a 10-yard range. Sadly for PvE players, it is only available in the PvP talent trees. It’s a tier 3 PvP talent for all Shaman specs. 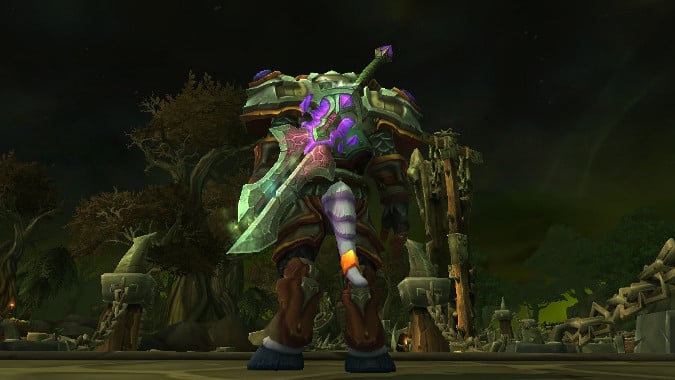 Then: Overpower has been a Warrior favorite through most of WoW‘s history. Whenever your target dodged an attack, Overpower became available. It was an extra, low-cost attack that couldn’t be dodged, blocked, or parried. Overpower was very useful for soloing and PvP but also came in handy against raid bosses. During the classic era, the now-defunct weapon skill stat allowed you to lower the dodge rate of an enemy, but it wasn’t typically possible to 100% negate a raid boss’s ability to dodge your attacks. For Warriors, Overpower turned that into an advantage.

Blizzard nerfed and buffed the ability several times over the years, but Overpower remained essentially the same skill. For most of WoW‘s history it was available to all Warriors specs but required Battle Stance. In Mists, it became an Arms-only ability and no longer had a stance requirement.

Arms was hit hard with Warlords pruning and Overpower was one of the abilities to go. Players have been asking for it to return ever since, particularly to help with Arms leveling and soloing.

Now: Overpower evokes a Warrior’s ability to overcome a foe through sheer willpower and strength. So it makes sense that Blizzard may bring it back for Legion. In the current alpha build, Overpower is a talent for both Arms and Fury. Instead of activating on an enemy’s dodge, however, all of your attacks have a chance to make Overpower available. For now it also keeps its Mists-era buff: a 60% increased crit chance.

Then: Warlock curses were a big part of their gameplay in early WoW. Each target could have just one curse on it, so Warlocks in groups had to coordinate who would put which curse on enemies — and there were a ton of options back then. Tongues was one of the more unique curses. It had a sort of anti-haste effect, causing enemy cast times to dramatically increase. The fantasy behind the spell is that the target could only speak Demonic. Blizzard actually coded the spell to cause targets to speak in that language. Warlocks loved to use it on Alterac Valley bosses so that their zone-wide announcements would become Demonic gibberish.

Blizzard has removed most of the Warlock curses over the years: Weakness, Elements, Exhaustion, Shadow, and Recklessness. Tongues was removed in Mists. Only Agony, Doom, and Havoc remain. The loss of curses took away one of the strongest class-identity elements of Warlocks — their unique role as debuffers.

Now: Legion is set to change that, at least for Warlocks who enjoy PvP. Curse of Tongues is a tier 3 PvP talent for all Warlock specs in the alpha. Curse of Weakness is also potentially returning, as a talent choice in the same PvP tier. Weakness has a shorter duration in the alpha but a stronger effect. Tongues is much the same as its classic version, but with a shorter duration. Let’s hope it also comes with classic’s Demonic language shenanigans. 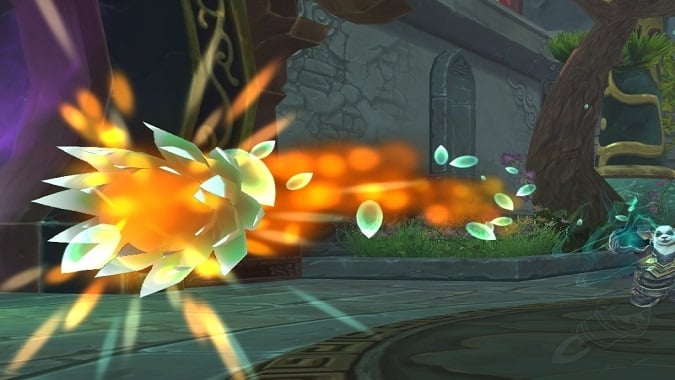 Then: Even though Monks have only been a thing for about three years, they haven’t been immune from ability pruning. When Monks were added to WoW, they were the first new class since Death Knights in 2008. Blizzard may have overcompensated what the class needed to make up for 8 years’ worth of abilities — monks launched with a massive number of them. Blizzard pruned many away in Warlords, including an obscure but much-loved Windwalker ability called Spinning Fire Blossom. Like Chi Burst, SFB wasn’t a tab-targeted spell. It was a “skill shot” that you had to aim. It didn’t hit hard, but it had a number of uses.

Aside from the cool visual effect, SFB was a way for solo Windwalkers to pull mobs at a distance. It also added a root effect if you hit from outside of melee range, which was useful for kiting and crowd control, especially in PvP. Landing a long-distance root with a well-aimed SFB was an exciting moment that rewarded raw skill.

Now: Spinning Fire Blossom looks to be another class ability returning for PvP only, as a tier 6 talent for Windwalkers.

The PvP “Honor Talent” trees have given Blizzard a new way to bring back old abilities that won’t affect PvE encounter balance, and they are making the most of it. Will these abilities make the cut and go live with Legion? What other iconic abilities will Blizzard bring back? We will continue to watch and wait as the alpha rolls onward.