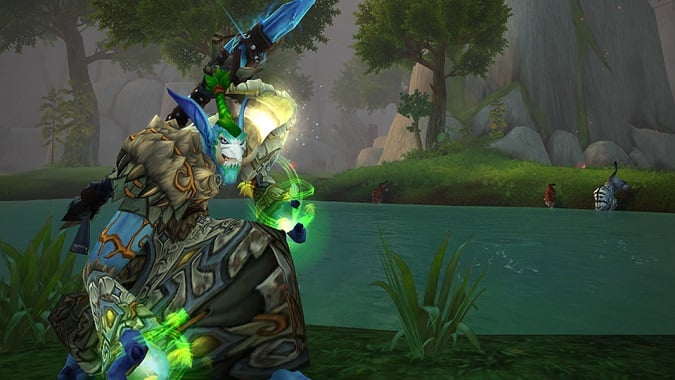 The Legion alpha rolls onward, and we learn a little more about the expansion with each iteration. While nothing is guaranteed to make it live, it certainly looks like some of the iconic abilities that were pruned away during previous expansions, especially in Warlords of Draenor, will return. Some long gone abilities, like Detect Magic, have not been mourned — but others are dearly missed.

It’s great to see Blizzard’s response here. They’ve recognized the players’ desires and they’re actively trying to bring back a number of the iconic abilities that players miss most. Here’s a look at four such abilities: what they began as, what they evolved into, why they were cut, and what they currently look like in Legion.

Then: DI was a last-minute ability added to Paladins as WoW went live in 2004. Originally, it placed a shield on a member of your party to make them invulnerable but unable to use abilities. The tradeoff for such a powerful spell was that … you died. You sacrificed your life to save an ally. It was perhaps the most iconic Paladin spell in WoW, perfectly suited to the selfless and defensive themes of the class.  It had a massive 60-minute cooldown at first, but this was later reduced to 20 minutes and then 10.

It was a great spell not just for saving a crucial raid member from death, but also to preserve a player with a rez spell in the midst of a wipe. That player could click off the buff after the boss reset and start the rezzing process. Older raids had relentlessly respawning trash, so being able to rez in the boss’s room sometimes meant the difference between continuing attempts and calling it quits.

Blizzard eventually axed the spell with the launch of Cataclysm because it caused too many issues with bosses, who sometimes wouldn’t reset properly. Exploits with DI were also possible in certain situations. Most famously, you could skip the first phase of Razorgore in Blackwing Lair by casting DI on him. At the time, the community debated whether or not this was in fact an exploit or just “creative use of game mechanics.”

Now: In Legion, Divine Intervention will be a passive ability instead. It will cast Divine Shield on you and reduce you to 20% health whenever you would otherwise die. If Divine Shield is on cooldown or you have Forbearance, DI won’t trigger. It’s a nice survivability boost for those who may not have the reflexes to hit Shield in time. It will also prevent dying to a one-shot mechanic. In PVP, enemies will have to account for this automatic shield when they’re trying to kill you.

Then: At launch, Innervate was the Restoration Druid’s ultimate 31-point talent. It restored a percent of the target’s mana, which was a big deal in classic. Healers or even DPS going “OOM” was a frequent cause of wipes. A Resto Druid with Innervate could keep someone from running on fumes. Knowing when to call for an Innervate was a key part of a healer’s job. Toward the end of the classic era, Innervate became a baseline ability for all Druids, significantly increasing the raid utility of non-Resto specs. Blizzard tweaked the numbers back and forth over time until they eventually removed Innervate in Warlords of Draenor, along with other classes’ mana-restoring abilities.

Now: Legion‘s version of Innervate doesn’t restore mana, but it serves a similar purpose. It will be a powerful mana-conserving cooldown. It allows the caster to spend no mana on spells for 10 seconds, on a 3-minute cooldown. We don’t know what the mana situation will be like in Legion, but if your healers are running low, a timely Innervate could be quite useful. Blizzard originally stated in the BlizzCon Q&A that Innervate would be Balance only, but in the current alpha iteration Resto also has access to it. 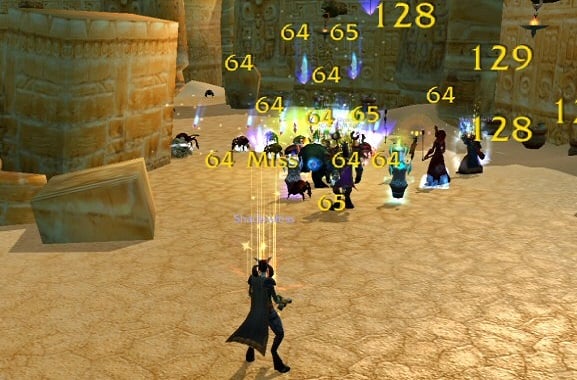 Then: Volley was a baseline Hunter spell at launch. It was targetable and fired an impressive hail of arrows at a large circular area. Unfortunately, the damage was less than impressive — it was no Arcane Explosion or Rain of Fire during classic WoW. Although it wasn’t used often, Volley was all a Hunter had when facing a huge number of enemies. (And it helped that the animation was so cool.) Hunters also used it in PVP to reveal stealthed enemies.

Blizzard removed Volley in Cataclysm with the idea that Multi-Shot was a good enough AOE ability for the class. Volley always had weak damage, especially since you had to channel it. But many Hunters enjoyed the spell regardless and have been asking for Volley back ever since.

Now: Volley is back, in its original form! Instead of a baseline ability, however, it’s currently a level 90 talent, for both Beast Mastery and Marksmanship. Hopefully this time it’ll be worthy of those cool purple arrows.

Then: Heart Strike began as a talent in the Death Knight Blood tree, replacing Blood Strike. It went through several iterations during the awkward Wrath era of repeated Death Knight redesigns. Originally it only hit one target but removed all haste effects — a rather unique debuff. Unfortunately, Blizzard couldn’t quite get Heart Strike’s code to behave. The debuff never actually functioned as advertised.

Blizzard soon ditched the haste debuff and allowed Heart Strike to hit two targets (and eventually three), with bonus damage for each target’s diseases. In the original version of the Death Knight, all three trees could be spec’ed for either tanking or DPS. Blood’s Heart Strike served as a multi-target aggro tool for tanks and an important cleaving ability for DPS.

Blizzard removed Heart Strike during the Great Pruning of Warlords of Draenor. Many DKs have lamented its loss ever since. Its intended replacement, Blood Boil, never felt as satisfying for many DKs, since it is a spell rather than a weapon strike.

Now: Legion‘s Heart Strike is very similar to the original, but with some added twists. The ability once again replaces Blood Strike, as it originally did, but now it also infects all three targets with Blood Plague. Heart Strike won’t be baseline, either. In the alpha it’s currently in the first row of Blood talents. Now if only Blizzard would let us DPS as Blood again…

Several other iconic abilities are making a return in Legion. Let me know if you enjoyed this Archivist and I’ll write up a few more next time!