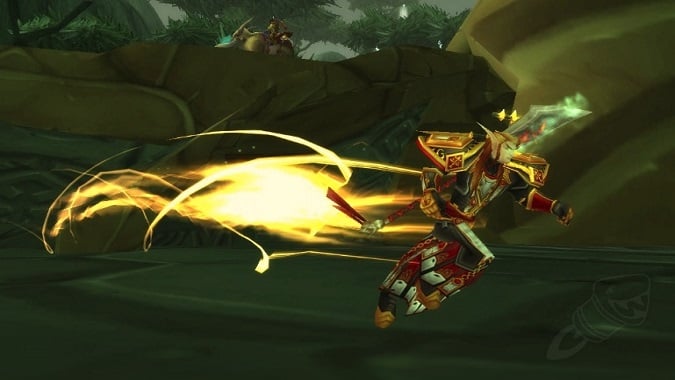 Recruiting for a raiding guild, especially one with Mythic aspirations, is one of the toughest jobs out there for WoW officers. This week, an officer is happily taking on that responsibility, but can’t get away from hordes of new recruits who want to chat. How can this officer escape and get some downtime in the game? And will Blizzard ever offer a solution?

Mahunreah asked
Our Guild is done with heroic hellfire citadel and wants to start raiding mythic sooner rather than later. We’re searching since about two months for a handful of ranges, using the usual outlets. […] I’m an officer of this guild and kind of took the lead in searching for new recruits, since I’m the one with the most time. That’s alright, I enjoy searching :)

What I don’t enjoy (and this is the problem I have) is: People interested in our guild tend to use me as their sole source of entertainment :/ At least it feels that way.

Mahunreah asked
Usually, if a new person answers one of our postings (usually one or two persons per week), we first talk for a while to get to know each other a little bit better (why do they want to join, what are their hopes, how much do they know about raiding current content). […]

But it happened quite a lot of times during the course of the last two months, that potential recruits started to whisper me nonstop. About… everything. I get to know their family, their problems, that new recipe (?) they tried out. About the drama in their last guild from about six years ago, about that loot ninja in their current dungeon group. About the cut they got on their little finger this morning while folding laundry. Seriously, I feel they treat my chat window like a psychiatrist’s couch.

Several times it happened that, if I didn’t answer immediately, they whispered me stuff like “Hey, still there =)?” followed by “oh, okay, so you’re not interested anymore? It’s fine, I have a second guild who wants me to join them.” This feels… like a slap to the face to me. And yes, I know this is stupid – no one wants passive aggressive people in their raid. And if they tick me off big time, they might not be the right fit for us, either. But I always have my raiding group in the back of my mind: We want to start mythic. And yeah, he might be my next nemesis, but maybe he’ll find his place in our group and be a good addition to it? And last but not least: we _really_ need a couple of other raiders >.<

[…]If I have the time, I will make sure to have a bit of small talk with them, too. But me being online doesn’t equal I want to chat. Especially if I set my status to “AFK” (“Hey, are you still afk?” “It says you’ve been afk for 20min, everything alright?”) or “DND” (“Hey, I have problems with this minor thing my child did two weeks ago, I just HAVE to tell you!”)

[…]So my question is: How do I get people to understand that yeah, they are very welcome to join our guild/raiding team and if there are urgent questions, we can help answer them, BUT I don’t always have time to (nor do I wish to) talk about _all the stuff_ they wish to tell me?

I would really appreciate any kind of help =/ There are now days, I don’t even want to log into Bnet at all, out of fear of another needy recrout :/

Hi, Mahunreah. Before we start, I’d like to tell you about my sister’s friend’s job situation. I really think she should quit, but she says —

Jokes aside, this can become a real problem for officers. Sometimes you log in to take care of business. Sometimes you’re just online to relax and not deal with anything. Unfortunately, some guild members will always assume that you’re in business mode whether you want to be or not. When I was a guild leader, people would even whisper me at 2 a.m. on a Saturday night with guild business stuff. I would think to myself, “Seriously? You want to talk about this now?” If I wasn’t in the mood, I’d just tell them, “OK, thanks for bringing that up. Let’s talk about it tomorrow.”

When people whisper you just to be friendly or because they’re having a personal problem, that’s another story. It feels a whole lot more rude to blow them off. This is compounded by the fact that they’re new to the guild and their relationship with your community is still fragile.

It’s easy to see why they choose to whisper you, however. You’re the only one they really know in the guild right now. You have a rather intimate application process where you personally interview them and establish a connection with them. In a desperate recruiting situation, this is a good tool to use. It helps your recruits to feel more invested in the guild from the beginning and thus more likely to stick around. But you’re feeling the other edge of that sword: you’re now their closest guildmate and your actions reflect on the whole guild.

Players have been asking Blizzard for an invisible mode for Battle.net for years. More than three years ago, Blizzard announced an “appear offline” option — and naturally they said it was coming “soon.” But this was definitely a Blizzard Soon™ and not a real one, because we’re still waiting for it. About 18 months later, Lore tweeted that they ran into “severe technical and systemic hurdles that resulted in it being put on the back burner for now.” It’s apparently been there ever since.

As Hazelnutty pointed out in a video on the topic, this kind of option is becoming absolutely critical with the now-massive prevalence of streaming and Battle.net-based tournaments, so hopefully Blizzard will move it to the front burner this year. 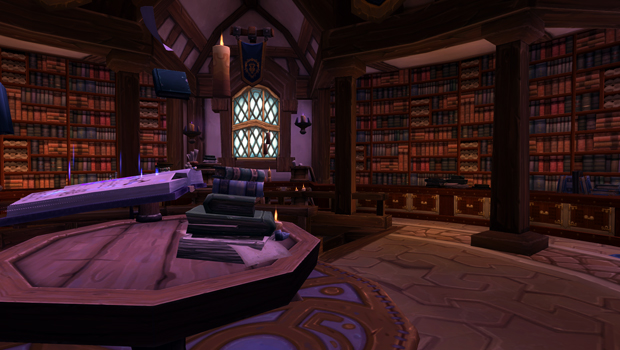 Until Blizzard helps out officers with an appear offline feature, however, you have to protect yourself from getting burned out. As soon as you start to dread logging in to WoW, you’re heading down that road, and then where would your guild be without its best recruiting officer?

As exhausting as it might be sometimes, you’ll have to do your best to stay friendly whenever possible. If it makes you feel better, think of it this way: it’s part of your leadership duties to help new players feel welcome, and while they may still be assessing you and the guild, it’s also an opportunity to continue assessing them, including whether they are a good fit for your community. The best way to do that is to chat with them. Keep in mind that they may just be excited about becoming a guild member. They may wind down their whispers over time, or find someone else in the guild who’s more open to chatting.

In the cases when you really don’t have time to talk because of some other officer duty, be friendly but firm about it. Don’t promise to chat later because that sets up an expectation that you’ll stick around just for that, which you can’t always follow up on. If it’s urgent, send them to another officer.

In the cases when you’re trying to chill, it’s better to give a plausible but “truth-light” excuse than to tell someone, “I just don’t feel like chatting with you right now.” While that might be the mature and honest reply, it will come across as extremely harsh in an inflectionless text-based form of communication — and doubly so for someone who doesn’t know you well enough to see that you just need some time to yourself. Instead, tell them that you’re in the middle of a recruiting interview, or you’re dealing with a guild issue, or that you’re semi-AFK because something else is going on IRL.

When you seem to be available at all times, they’ll continue pestering you. But if you seem like a busy person (and you probably are!) then they’ll catch on to that. Using an excuse in conjunction with a Battle.net “away” tag or the “do not disturb” tag is your best way out of the conversation without creating a negative interaction. If they still won’t leave you alone, then maybe that’s a red flag for their continued membership.