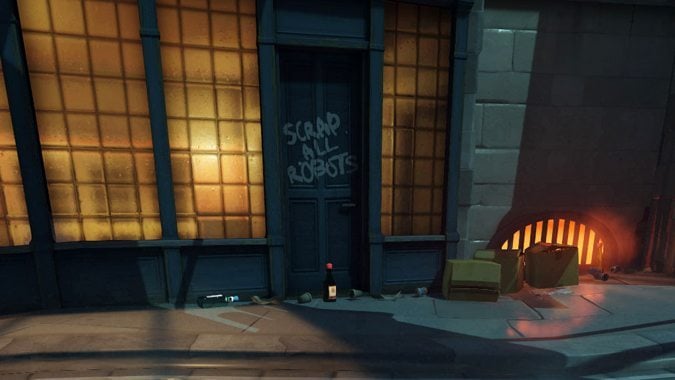 The Omnic Crisis was a world-wide catastrophe for Earth. Omniums, the facilities that created omnics, weren’t just relegated to one global region — which meant that when the omniums went rogue, the entire world was under attack. Overwatch put an end to the Omnic Crisis, rounded up and destroyed nearly all of the Bastion combat units the omniums had created, but they didn’t destroy all omnics. There were plenty left behind after the fighting was over, and their future was uncertain.

And the world itself had a difficult time after the Crisis was over, too — omnics had created economic equality, and the fallout from the Omnic Crisis meant global economical upheaval. Tensions between the surviving omnics and humanity were understandably at an all-time high, as humanity questioned the possibility of this kind of disaster happening again. Tentative peace treaties were signed between omnics and humans, and some omniums were returned to omnic control…and that didn’t go over very well in some parts of the world. 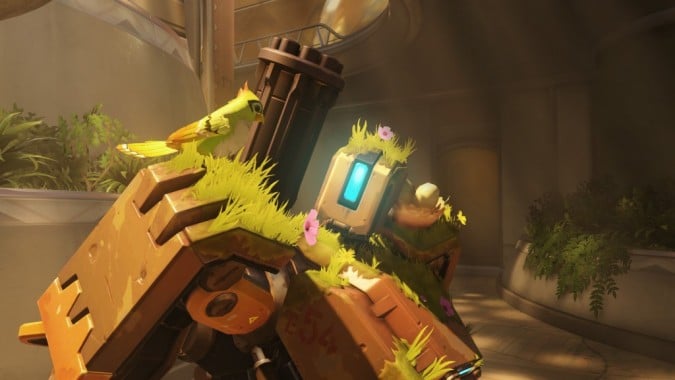 As for the Bastion units, nearly all of them were destroyed…but not every single one. Oddly enough, the Bastion units were originally created for peacekeeping purposes, and weren’t really intended for warfare at all. But when the Omnic Crisis began, the Bastion’s ability to reconfigure into assault cannon mode meant that they were powerful enough and sturdy enough to be used as the bulk of the omnic rebel army.

And in one remote corner of the world, a single Bastion unit remained dormant and forgotten for nearly a decade, after being severely damaged in the final battles of the Omnic Crisis. Exposed to the elements and rusting away, the unit sat and slowly found itself reclaimed by nature, overgrown with moss and vines, nested upon by small animals and birds. Ten years later, Bastion finally woke up.

It was a far from a weapon as it could be — its combat programming largely lost, the omnic instead possessed an intense curiosity for the natural world, possibly due to the many years spent as a temporary home for flora and fauna alike. Left with no real programming, this Bastion set out to explore its surroundings and possibly discover its purpose as well. Although Bastion might seem gentle — it has a bird as an almost constant companion — that combat programming wasn’t entirely wiped out. If it senses danger, it’ll quickly eliminate whatever it sees as a threat.

Bastion isn’t really “articulate” — it doesn’t appear to possess the kind of programming required for communication or thinking like, like other omnics around the world. It was meant to be a sentry, a peacekeeper, and used for something else instead. What it thinks about that, or about the Omnic Crisis, or about its own purpose is a mystery — unless Bastion is given some kind of way to communicate, its thoughts remain its own, and its wary regard for humanity means that we aren’t apt to gain any insights on its perspective anytime soon. 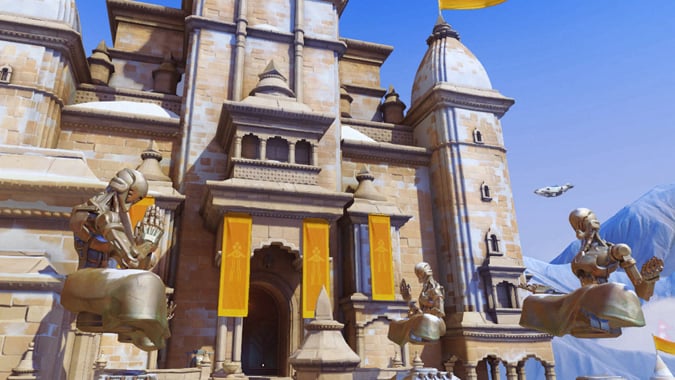 While Bastion may not have been designed to have deep conversations, there were plenty of other omnics capable of communication, omnics that had spent their lives in close contact with humanity prior to the Omnic Crisis. Overwatch ended the Crisis — but that really didn’t do anything to mend relations between omnics and humanity after it was all over. In some regions of the world, omnics were warily accepted, in others, peace treaties were signed. And in other places, omnics were treated with outright derision and hostility, cast out from society.

Years after the end of the Crisis, one of these groups of outcasts had what they later described as a spiritual awakening. Together, they dropped their programmed lives and withdrew to a remote monastery in the Himalayas, forming a group called the Shambali. Cloistered away from the world, they meditated on the nature of reality and their own existence. After many years, they came to a conclusion: They were more than artificial intelligences. Like humans, they possessed souls.

The group, led by an enigmatic omnic called Tekhartha Mondatta, left the Himalayas to try and repair the wounds caused by the Omnic Crisis, and bring back some kind of harmony between humanity and omnics. Oddly enough, their message of spiritual equality was embraced by millions around the world, and they soon became global celebrities — but not all of the Shambali were on board with the new life of celebrity and dogmatic teaching.

Zenyatta wasn’t. He — yes, he, not it — didn’t think the direction Tekhartha was leading the Shambali in was the correct way to repair the problems that remained between omnics and humanity. So he left the group and instead chose to follow his own path — a path of interpersonal connection and engagement. Now he wanders the world, helping people overcome their personal struggles and find some kind of inner peace, and fighting to protect the innocent if necessary — omnic and human alike. 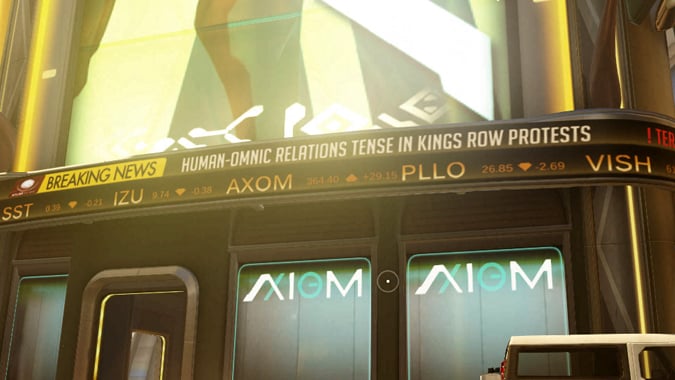 Omnics may be “artificial intelligence” in Overwatch, but there’s a deeper story hidden there, somewhere between man and machine. Overwatch has been designed and presented as a story about the team, its fallout and subsequent reformation — but there are a ton of other, smaller stories that have been shaped around and crafted from the actions of the Overwatch team, and the entire world. The tensions between omnics and humanity serve as almost a backdrop in the game itself.

In places like King’s Row, anti-omnic propaganda is found all over the place, while in Numbani, it appears that both sides live in peace. In Hollywood, omnic producer Hal-Fred Glitchbot was assaulted by anti-omnic forces — Overwatch was brought in to protect him. And in places like Volskaya, hostilities continue. The backdrop for the map features giant, human-piloted mechanized walkers called Svyatogor, used to successfully defend Russia during the Omnic Crisis and apparently still utilized today.

Omnics, their place in the world, and their future is a matter of concern all over the world. Do artificial intelligences possess rights — should they possess rights? Should they be allowed to vote? Is it possible the world could see another uprising in the future? If so, are peace treaties really going to be enough to hold the omnics at bay? Are omnics actually the spiritual equals of humanity? Would humanity ever view them as equals?

Can a robot have a soul?

It’s not a question readily answered. It’s probably not a question we’ll see answered in Overwatch itself, because the game isn’t really concerned with deep story elements so much as it is with team combat and having fun. But Blizzard has deliberately set up some pretty compelling characters here — from omnic groups who meditate on the existence of their souls, to a dusty, abandoned sentry that woke up one day, looked at the world around it and wondered, “Who am I?”