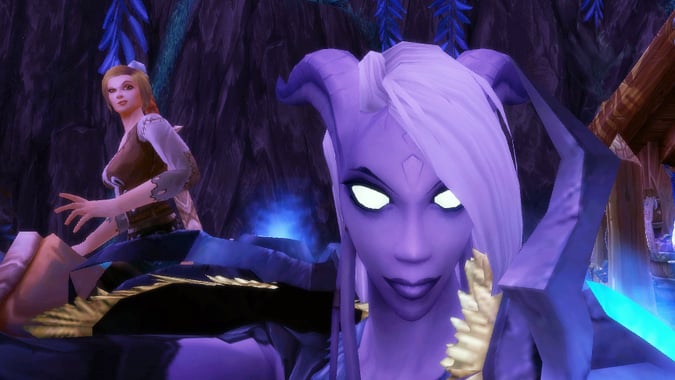 Sometimes, what you see isn’t what you’re actually supposed to be seeing. In the most basic terms, roleplaying can be considered a giant game of “let’s pretend” — and sometimes that requires some suspension of disbelief on your part, and the part of the roleplayers around you. What’s suspension of disbelief? It’s what happens when you put aside reason and logic for the sake of enjoyment. In other words, it means leaning a little more heavily on the “pretend” part of roleplaying, rather than taking what’s in front of you at face value.

There’s a few different areas where suspension of disbelief is necessary in roleplay — obviously we’re dealing with a world of fantastical creatures and situations. But beyond that, there’s the game mechanic vs. imagination side of things, the part where what’s in front of you isn’t necessarily what you should be seeing. And in some cases, there’s information you know as a roleplayer, that maybe the character you’re roleplaying isn’t supposed to know. 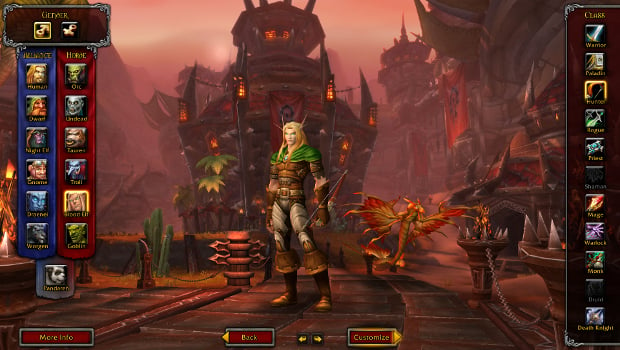 Right off the bat, the first thing that requires a little suspension of disbelief is that collection of pixels you create to represent your character in game. World of Warcraft doesn’t exactly allow for robust customization — the choices are limited when it comes to hair style or color, eye color, and facial expressions. And characters all have the same body type — there’s no such thing as body sliders in WoW, which means that everyone kind of looks a little bit the same, on some level. That doesn’t have to apply to your character, and it certainly doesn’t have to apply to the characters around you.

And in some cases, even the race you choose is up in the air. Someone might be playing a Human character, but calling them a Gilnean — and deliberately not making them a Worgen because they haven’t been affected by the Worgen curse. Or that Night Elf or Human you’re looking at is actually a High Elf, or maybe even a half breed of some kind. Or that Gnome might look like a Gnome, but it’s actually a dragon that has assumed mortal guise.

What we see on the screen isn’t necessarily what that character is supposed to be. That’s where addons that allow you to set up some kind of roleplaying profile come in really handy. You can use the profile to describe what your character actually looks like, or what they actually are. But that’s only half the solution — the other half is suspension of disbelief. Fellow roleplayers have to be willing to put aside what they see on the screen for what they read in the profile, and you have to be willing to do the same for other roleplayers as well. 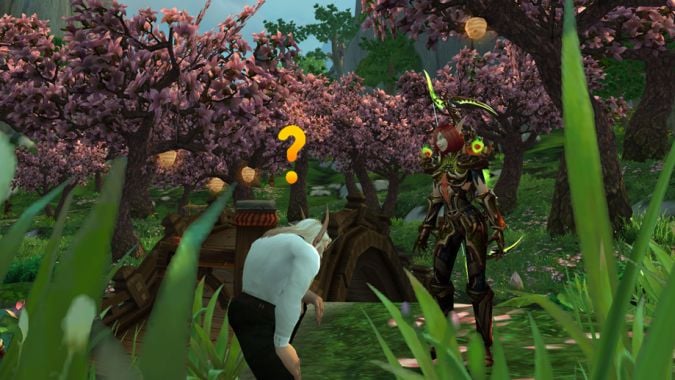 What you know and don’t know

That divide between game mechanics and roleplay extends even farther, though. Think about what you see when you target a character on your screen. You can see what level they are, what race they are, and what class they are. But just because you can see that right in front of you, doesn’t mean that your character can automatically assume the same. You might think being confronted by a level 5 character who is apparently a villainous mastermind is kind of laughable — but that character level doesn’t really matter in roleplay at all. You might know that person standing over there is a warrior, but that still shouldn’t be something your character automatically assumes.

Character level is one of those things that doesn’t really come into play from a roleplay standpoint — a character that is level 5 may have just as much (or as little) knowledge as a max level character, or even be as powerful as one — which again, requires a suspension of disbelief. It’s not about the in-game mechanics — if it were, one duel would be all you need to crush that villainous mastermind into the ground, after all — it’s about the story, what’s being written, and what’s being said. It has nothing to do with game mechanics at all.

And hand in hand with racial assumptions comes class assumptions — you should never assume someone is the class you see when you target that character. They may just be a stand-in NPC with no magical knowledge or battle prowess at all. They might be going incognito, or disguising themselves as a different class. A good way to determine just what your character knows is to alt-z out of your interface, zoom in first person, and look around you. With no tooltips to point you the right direction, what can you really tell about the people around you? That’s what your character is seeing, and it’s completely removed from what you as a player are seeing.

If that’s the case, why would you write that information in the first place? Like I said above — it gives you a glimpse into the character without having to say hello. If a character’s back story isn’t something that you feel would really lend itself to a lot of roleplay with your own character, you can safely pass them by. If, on the other hand, they have a back story that really works with what you’ve already developed for your character, then hey — they have something in common, and you might even get some serious mileage out of your roleplay.

The same kind of reasoning applies to conversations you happen to overhear while you’re strolling around Azeroth. You’ll often run into people having conversations out in the wild on roleplaying servers. While it can be tempting to archive everything you “overhear” to talk about later, sometimes those conversations you’re seeing are private, not public. Those roleplayers may be talking “out loud,” but that doesn’t necessarily mean your character can overhear them. People have conversations every day — think about the last time you went to the store, and how many people were talking to each other. Do you remember what anyone was saying? Did you even understand what the people around you were saying? 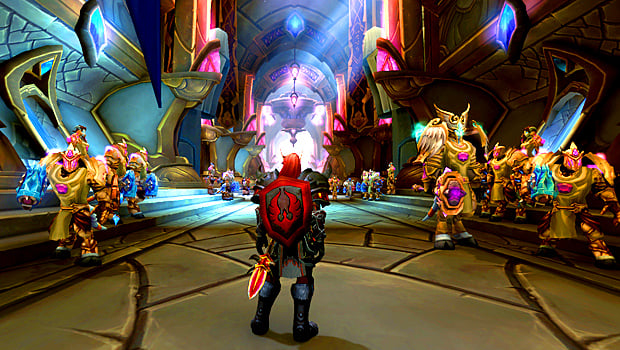 Obviously you’re not expected to believe everything you see or hear in World of Warcraft — you can roleplay anything you want, and you can roleplay with anyone you choose. Similarly, you can choose what you’re willing to suspend your disbelief for, and what you think is just too much to swallow, even in a fantasy game. Maybe you don’t care to roleplay with draconic characters or half breed characters. Maybe you want to stick with people who are completely reliant on sticking to lore.

The point is, that choice is entirely up to you, but it’s a choice you’re going to have to make. Suspension of disbelief is a natural part of roleplay, and the more you’re willing to put aside game mechanics for the fun of storytelling, the more roleplay you’re likely to encounter. So keep that in mind while you’re out in the wild and remember: in roleplay, we’re all pretending — it’s just a matter of how far you’d like to pretend.