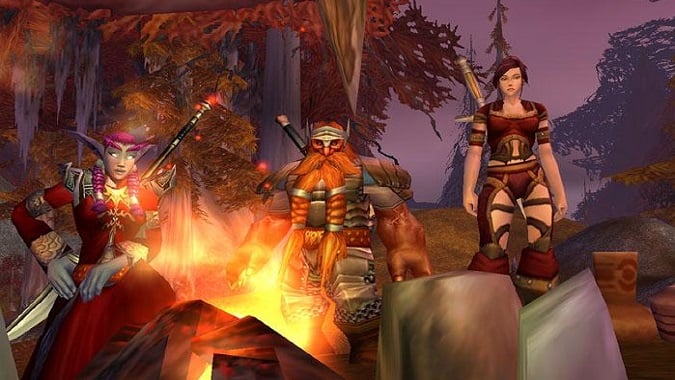 Creating a WoW guild is no small endeavor. It’s always better to go into it with a solid game plan. This week, a raiding veteran has three questions: when to start a guild, whether to lead raids as a healer, and what kind of raiders to recruit.

I have a few questions which are not very directly related to each other but I’d really like some help.

I’ve been playing wow for 9 years now, played most of my time as a competitive raider with a guild we had founded with friends (as an officer/ backup raid leader/Healing lead in different periods). During WoD most of the guild just stopped playing and I had some RL issues so I couldn’t really commit to a regular schedule so I’ve been kind of nomadic the last year or so. I am thinking of founding a new guild for the first time in Legion but I have some issues that I’d like to have some advice on.

– From the friends I am starting the guild with, a few are from our old community and are very high level raiders, however couple of them are relatively new to the game. I am afraid that they might feel intimidated to try and raid with the more experienced players. I would really like to give them the chance and time to adapt and become capable raiders, so I am really unsure what type of players I should recruit. If I set the bar high the recruits might feel like they are carrying or held back by other people, and keeping the bar very low gets me worried if I can handle teaching everyone including my friends to become better reliable raiders.

– I have mained healer classes and lead the healing team during almost all of my raiding experience and am pretty confident I’m really good at it. But I worry about leading the raid and doing my own healing responsibility at the same time because I don’t think the two roles really mix good, I always felt like healing needed more specific focus. I am considering re-rolling so I can play a class I can comfortably lead the raid while performing good as well. Still I don’t have someone I can rely on leading the healing team yet. How should I approach this problem?

– I really don’t want to start recruiting right away and start raiding HFC. I pugged it so many times last autumn that I am really sick of it by now even after a few months break from wow I can’t see myself doing HFC anymore. When would be a good time to start spreading the word on the new guild to start recruiting players.

I’m really looking forward to some advice on the subjects.

Hi, Wolfchild. I’ll answer your questions one by one, but I’m going to do it reverse order. First though, let me say thank you from the WoW community for being willing to create and lead a guild. The game needs more leaders like you who want to think things through carefully and do what’s best for your players.

The best time to create a new guild in the next year or so will be when the 7.0 patch launches prior to Legion, with the class overhaul, new transmog system, and pre-expansion events. Everyone is going to be very excited to try out their new specs in a raid setting, and many people will be resubscribing at that point to prepare their characters for the expansion. It will be a much easier time to recruit than now, when so many players have stepped away from the game.

This patch may also nerf the existing Warlords raids. Either way, you can let your less experienced raiders get a feel for it by running all of the Warlords raids for achievements and transmog gear.

This is assuming that your raiders are willing to wait potentially another six months, potentially, for this to happen. If you’re in danger of losing them, you’ll have to start things up earlier.

I’ve raided with a healing main before and I’ve led raids before, but I’ve rarely done both in the same raid. I think you’re right to have some concerns here. Watching health bars does mean you might miss seeing who’s getting the mechanics right and who isn’t. Healing also requires a bit more moment-to-moment planning and situational assessment than DPS, which can make it more difficult to call things out while maintaining focus on your role.

However, this is where you have to rely on your other team members to help you. Most raid leaders want to do everything, but they don’t have to. You can ask one of your DPS to call abilities or raid movement. You can ask your experienced raiders to whisper you if they see someone failing at mechanics or being out of position so you can correct them.

I don’t think it’s worth switching away from your strengths just because you’ll be raid leading. At the very least, you should try it for farm content prior to Legion and see if it’s actually a problem for you or not.

In this case, you can try it because you already have a potential team in place, which is a big advantage for your guild. However, everyone has to go into it knowing that the team will have varying levels of experience and what you expect from them as a result. You’ll have to make sure your experienced raiders know that it’s going to be a learning process, that you’ll need and expect them to help the new players find their bearings. Anyone who isn’t OK with that shouldn’t join the raid team. On the other side, you should make sure your new players know that they need to make consistent efforts at learning their specs, their role, and the encounters. You aren’t expecting them to perform like seasoned raiders from Day 1, but you will expect them to show improvement over time. Again, anyone who isn’t OK with that shouldn’t join the team. That goes for anyone you recruit, too. Overall, clarity and communication will be vital.

If you can’t find enough players who are happy with the two sides of that arrangement, then you should pick a single direction for the guild — progression raiding or social raiding — and bring in players who match that direction. This is also the safer bet in the long run. When you’re deciding, think about the type of raid you want to lead at this point in your WoW experience and go with that, because if you won’t be happy leading the team, it’s doomed to fail from the start.

Good luck with this!