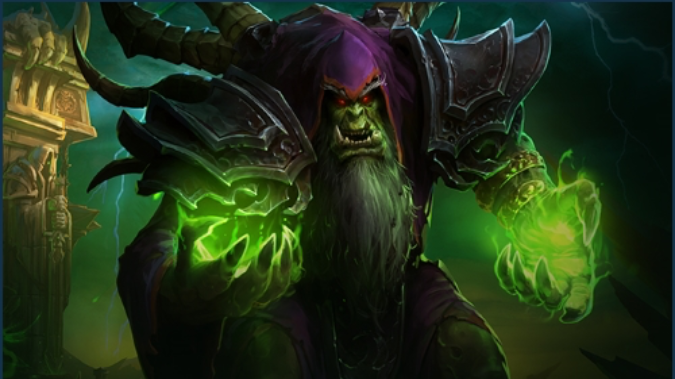 While we knew the Heroes of the Storm PTR was coming online today, we didn’t know it would come with a huge list of hero changes. In addition to tweaks to 26 heroes — from complete reworks (Zagara) to minor adjustments (Lost Vikings) — minion changes will see them dishing out more damage to structures in an effort to give them more impact on the game. The professional circuit is already in a tizzy over changes to Muradin’s Dwarf Toss while we’ll all have to be more cautious of friendly Stitches, who will be able to grab allies with Hook.

We also finally have full details on Gul’dan, who will be a ranged Assassin that plays a lot like a World of Warcraft Warlock. Check out his spotlight video below as well as the complete PTR patch notes (all 7,000 words of them).

With Life Tap, Drain Life, and Corruption, Gul’dan’s skillset seems very familiar. With heroic abilities that let you choose between a fear and a fel-based AOE, Warlocks will feel right at home with this hero. And unlike previous PTRs, you’ll be able to jump in and play Gul’dan without buying him first: moving forward the five most recent heroes will be on the free to play roster on the PTR, allowing all of us to try before we buy.

New portrait rewards have been added!

Gul’dan, Darkness Incarnate, has been added to Heroes of the Storm and is now available for play! Read on for a brief overview of his Abilities.

Developer Comments: Thank you for all your discussion and feedback on our recent Health sustain post! We are still heavily evaluating a lot of it but wanted to get the first round of changes in. Internally, we enjoyed the increased importance on Regeneration Globes and have cleaned up the system a bit. With a larger importance, denying enemies their Globes in lane has a much larger impact.

Developer Comments: Much like the changes to Regeneration Globes, we wanted to add a larger impact to the moment you click a Healing Well. Again, we cleaned up the system a fair bit (hence the ~41% to 40% Health change) and added a larger impact for heavy Mana users. The increased cooldown should make the decision of when to tap the Healing Well slightly more interesting.

Developer Comments: Our goal with this change is to make escorting Minions to Towns to be more impactful, such that they can really start to do some damage if left unattended. Before this change, Minions were primarily XP carriers that absorbed some Ammo shots from Towers. Now the armies of the Nexus are a bit scarier when they march down a lane.

Developer Comments: Catapults would often reach the Core, but have a Minion wave spawn on them, distract them, and allow them to be killed off before doing any significant damage. With increased range and fixation on a Structure once they’ve started attacking, even one Catapult will more consistently punch through a Core’s Shield and do actual damage.

Developer Comments: In an effort to reduce the game length on Garden of Terror, we’re increasing the bonus damage that Garden Terrors deal to Structures. We’re not quite happy with the way that Garden of Terror is playing at the moment, and will likely be making larger changes if the current tuning adjustments don’t make it more enjoyable.

Developer Comments: With an increasing number of CC effects entering the Nexus we found ourselves constantly asking ourselves “Should Relentless work against this?” which quickly turned into a rabbit hole of ‘what-ifs’ and ‘how comes’. We agreed that the talent was going to continue to become stronger as we moved forward and decided to limit the number of effects that it can reduce.

Developer Comments: As part of our ongoing process to improve our talent system, we are doing a pass on all heroes in the game to increase the health of their talent trees. We know that there are a fair number of talents that feel like they are either mandatory or insignificant, and this is our first pass on putting in fixes. These fixes take many forms, and can range from simply buffing or nerfing numbers to changing functionality. We’re excited to keep our heroes feeling fresh, and you can look forward to additional changes to more of our heroes in upcoming patches.

Developer Comments: Greymane is doing really well right now at all levels of play. That said, we do feel that Gilnean Cocktail should be more satisfying when used correctly. We’re increasing the cooldown in order to justify also increasing the damage of the explosion so that it is very noticeable when you chunk enemies with the Ability. We’ve also tuned up Incendiary Elixir, while simplifying its design. We’ve increased the damage bonus of Worgen form so that closing into melee range is more often worth the risk as well.

Developer Comments: A lot of these changes are designed to further emphasize what we see as Jaina’s unique role: battlefield control. We want to play up her ability to deny areas of the battlefield with Blizzard, and really punish enemies who get stuck inside it. The biggest change in that regard is that she now spawns 3 waves of Blizzard baseline. To go along with these core kit changes, we’ve also changed or moved around a few of her Talents. One of the biggest changes was Snowstorm, which increased the radius of Blizzard, as we found that it lowered the difficulty of landing consecutive Blizzard waves on enemies too much for a Talent in such an early tier.

Developer Comments: Kerrigan definitely has her place as a niche pick on a few Battlegrounds. While her win-rate is fairly healthy, she has become a bit of a one-trick-pony. We feel this is okay for some Heroes and makes for interesting draft implications, but we knew we wanted to make some tweaks to help even her out. We increased her base stats in order to offset the added restrictions we applied to her Ravage, and overall did a large number of tweaks to help level out her whole Talent Tree.

Developer Comments: Many of these changes focus on allowing Azmodan to use different Talent builds successfully. We have improved the All Shall Burn build quite a bit. The redesign of Sieging Wrath provides an alternate build for those situations where you want to focus on Globe of Annihilation but find yourself without an ideal team composition or battleground.

Developer Comments: We are excited to bring you a fresh take on our Brood Queen. She had, by far, the unhealthiest Talent Tree in Heroes and we spent months going through multiple iterations of her Design. We knew exactly what we wanted to keep in her play-style: Lane Bully, Summoner, and Scout, and we aimed all of our decisions at those three characteristics. We also decided to upgrade her talent tree to better embrace our new design philosophies. Overall, we hope you enjoy her new tools while continuing to feel like you’re playing the old Zagara that we know and love.

Developer Comments: Phase Shift builds have been a lot of fun and we enjoy the gameplay behind them but we really want to open up other potential playstyles for Brightwing. Her burst healing output is locked behind Blink Heal and although we realize that having a two-charge Blink is an incredible asset, we want to continue incentivize using disengage tools like Emerald Wind.

Developer Comments: Insight was seeing very little play, mainly because it wasn’t distinct enough. In order to both buff it and make it different, we’re making it a Quest Talent/Trait. We felt the cooldown reduction fits well with the increased Mana, as Insight is about using all your Abilities (both offensive and defensive) more frequently.

Developer Comments: The famous “Piano Uther” build (Uther with all Activated talents) has dominated his talent choices for a long time. While we understand that many players love this kind of a Support, we also want to give him more viable options for people who don’t like so many activated abilities. We didn’t touch the old build, but we have given him more options to choose from on various talent tiers.

Developer Comments: Please see the developer comment at the top of the Heroes section.

Developer Comments: It took a lot of pressure to get the balance team to make some adjustments to Dehaka. With absolutely no changes since launch, we finally have a few tweaks to help bring up some struggling talents.

Developer Comments: The Dwarf Toss changes are very likely going to spur a lot of conversation, Uther knows it did in our bullpen! The logic behind this change is as follows – We want to buff Muradin for all ranges of play EXCEPT our pro-scene. Of course this is where the Unstoppable leap is abused the most, and even though there is some great skill-cap behind knowing when and how to use it, it gives him an incredible amount of power and definitely hurts the pick-rates of our other Warriors. By replacing this with a 2 second Resistant buff, it should help the vast majority of players feel more tanky when they use Dwarf Toss, which has always been the intention.

Developer Comments: We decided to do a quick clean-up for Stitches. This consisted of getting rid of the lingering gas-cloud which hurt our visual playfield more than the enemy team. Oh, and we made Helping Hand baseline; nothing to see here, move along.

Developer Comments: Tyrael’s Talents have been stagnant for some time, and we saw an opportunity to spruce them up. We’ve added some power to his lesser-used Talents, and given him some new ways to bring more utility to his team. While we understand that many players will miss Angelic Momentum, we felt that it was best to remove it from Tyrael in order to have more design space to add other Talents that manipulate the cooldowns and durations of his abilities.