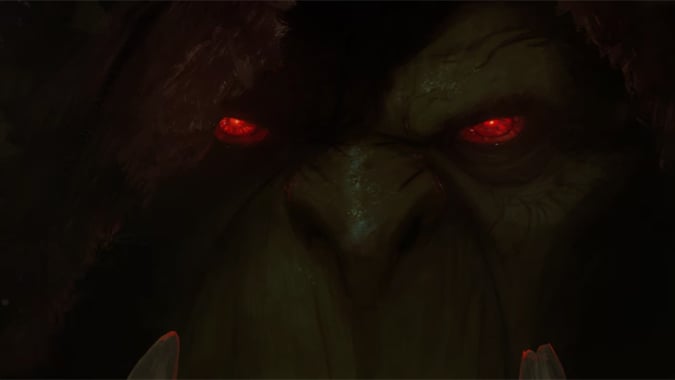 We knew Gul’dan was evil — he was responsible for the Shadow Council, the first Horde, the original invasion of Azeroth, and the corruption of the Orcs. He was in fact so evil that even after death, a twisted remnant of his soul haunted his skull, speaking to those who wielded it. There was nothing redeemable about Gul’dan, no spark of hidden good.

In Warlords of Draenor, we meet a new Gul’dan — a different Orc. While we learn a great deal about his plans in our explorations of Draenor, we never really see just where he originally came from. His origins have changed, his ties to Ner’zhul are gone. Is he the same as his Azeroth counterpart? Yes and no. 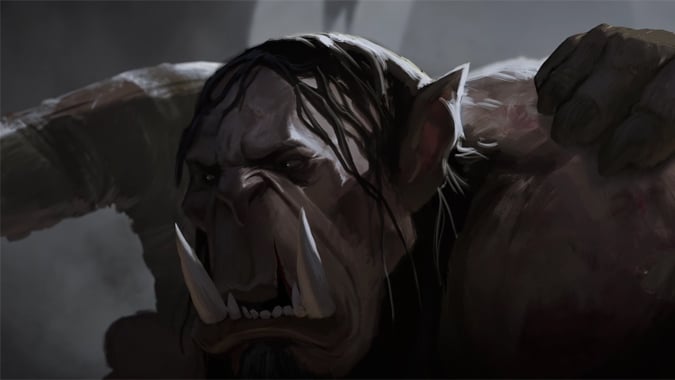 In the first episode of Harbingers, we finally witness the origins of Gul’dan. Not the Gul’dan from our reality, but the one that came from this alternate Draenor. There’s a reason we don’t know what village or clan he’s from — he systematically wiped them out. Anyone who knew Gul’dan in his youth, anyone that knew him before his association with the Burning Legion is dead.

But we also learn that Gul’dan was born weak and deformed, essentially the clan runt. And he hated it. As far as Gul’dan was concerned, he was meant for more — a greater destiny, a better purpose. He wasn’t alone in those thoughts — but despite the efforts of the clan’s elder Shaman to try and help Gul’dan find a better place, he was unable to do so.

Rebellious and unwilling to simply accept his lowly place in the clan, Gul’dan was well on the way to a swift death at the hands of the chieftain. But the elder Shaman stopped the chieftain and spoke to Gul’dan. He told Gul’dan that he’d always believed there was greatness within him. And he instructed Gul’dan to seek out the Throne of the Elements, to try and find his destiny there. Gul’dan angrily slapped the Shaman’s hand away, and the chieftain banished Gul’dan for good. 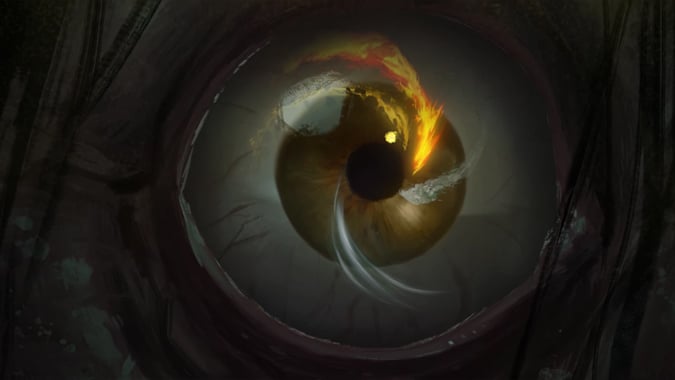 A quest for greatness

Gul’dan made his way across the wastes, slowly consumed by the bitterness that he’d carried his entire life. Starving and on the brink of death, he collapsed — and when he came to, he realized perhaps there was truth to the elder Shaman’s words after all. Left with no other options, he traveled to the Throne of the Elements, offering himself to whatever dwelt there.

And the elements, surprisingly, answered his call. But they didn’t like what they saw in Gul’dan. Maybe it was the bitterness that he’d allowed to consume him. Maybe it was that they saw what his destiny was meant to be — where his journey would take him. Or maybe it was just the blackness of his heart. Regardless, the elements refused him, leaving him with nothing at all.

The absence of the elements left room for other voices to whisper to Gul’dan. Dark voices, with dark promises of gifts in exchange for a new role. No longer weak or deformed, Gul’dan returned to his village, a harbinger of their fury. He offered the elder Shaman his thanks, for he had indeed found his destiny, as the Shaman suspected he would.

And then he burned the entire village to the ground. 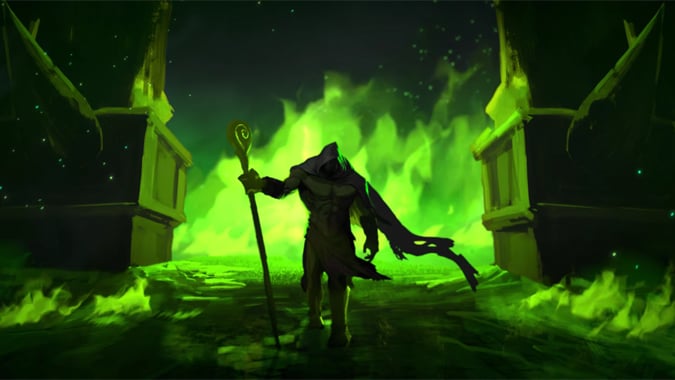 One might think this presents Gul’dan in a sympathetic light — that the cruelty he suffered in his youth was responsible for the Orc he then became. But I think Harbingers paints the opposite story, in a way — his journey is the same in any universe. We already had an inkling that Gul’dan was destined for terrible things — after all, the Gul’dan of our universe was certainly the pinnacle of evil.

And maybe Harbingers was just confirming what we knew all along. That no matter what the universe, no matter what fate he suffers, no matter what kindness he may receive, Gul’dan is rotten to the core. That moment when the elemental furies look into Gul’dan and recoil in horror tells us everything we need to know. There is no good to be found in Gul’dan. 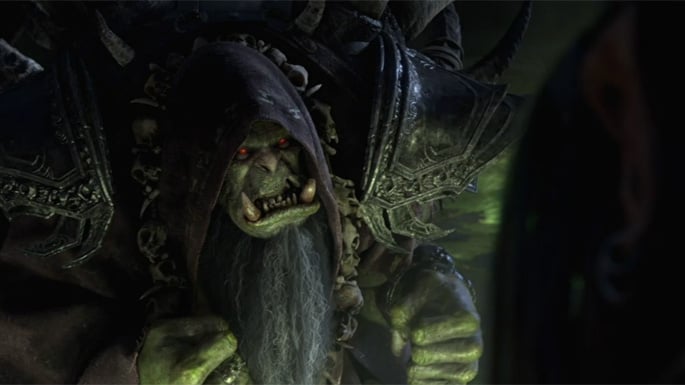 That same thirst for power is also what initially drew Kil’jaeden’s attention to the Gul’dan of our universe. An apprentice to Ner’zhul, Gul’dan always wanted more. He felt like he deserved more. And when the opportunity arose to betray his master and take that power for himself, you better believe he snatched it up and ran with it.

Gul’dan doesn’t just want power for the sake of power — he wants that power for himself. He cares nothing for his fellow Orcs. There is no love in his heart, no spark of compassion or good. What Gul’dan wants — in any universe — is what’s best for Gul’dan, and the rest of the universe can go hang itself for all he cares.

That’s why he works so well for the Burning Legion. The only thing they need from him is his loyalty and service, and that can be bought with power. Guess what the Burning Legion has a surplus of? Power — more than enough to keep Gul’dan in check. He’s incredibly easy to manipulate, a perfect pawn to carry out whatever tasks they deem necessary. 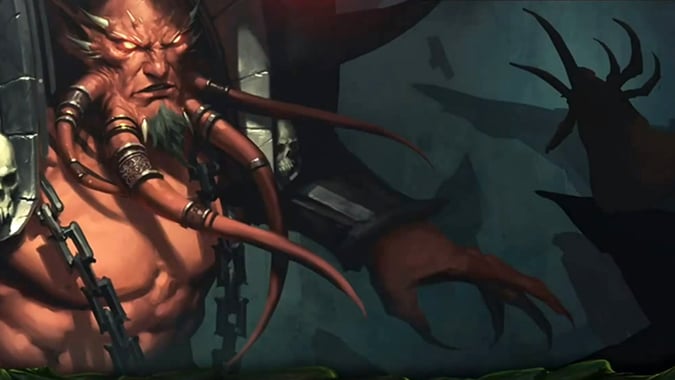 Harbinger of the Burning Legion

Gul’dan’s fate is as inevitable as the eternal, cosmic struggles between Light and Void in the Warcraft universe. No matter his origins — whether they be as Ner’zhul’s honored and best apprentice, or the runt of an unknown clan — his destiny is the same. The core of who he is never changes. And maybe that’s what drew the Legion to Draenor’s Gul’dan in the first place.

After all, the Legion is the same no matter what version of reality we’re looking at. The demons we encounter in Warlords are the very same demons we’ve encountered before. And they know who Gul’dan is — they know what he’s capable of. They discovered it in our universe, when Gul’dan so quickly betrayed his master for Kil’jaeden’s favor.

In Warlords, they simply skipped the Ner’zhul part of the equation and went straight to the source. They sought out the one individual responsible for the downfall of the Orcs in our universe, bypassing the subterfuge and subtle tactics they used the first time around. Because there was no need for it. Gul’dan would do all the work they required, willingly and without question. 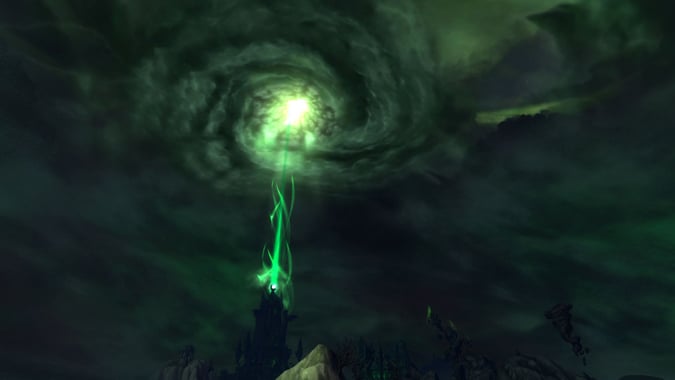 It’s these actions that make me wonder about the nature of these alternate realities in the Warcraft universe. Was the Draenor of Warlords a separate existence on its own — or did it come into existence because of the Legion’s intervention? Was the entire purpose of Warlords simply a trick of the Burning Legion, a method of bringing Gul’dan back into play?

Because that’s the interesting part of Warlords. The only thing we’ve gained from this expansion so far has been the reintroduction of Gul’dan as a relevant and malevolent figure, that harbinger of the Legion’s fury. And the entire reason Gul’dan became as powerful as he is was because of our interference. Garrosh’s arrival on Draenor set in motion the events that would see Gul’dan imprisoned as fuel for the Dark Portal.

In turn, we would travel to this version of Draenor, and inadvertently set Gul’dan free. And then we would fight the Iron Horde, weakening it to the point where Gul’dan could then become its leader. Which leads me to wonder — were we actually doing something good and noble when we went to Draenor, or were we inadvertently puppets of the Legion ourselves?

The Burning Legion plays its game on a cosmic scale — and we may be too small to see those moves for what they really are. In Legion, we’ll finally confront the Burning Legion head-on, thanks to one Orc — an Orc whose twisted destiny is as inescapable as our determination to see justice swiftly served.