Officers’ Quarters: The repentant quitter and the wandering officer 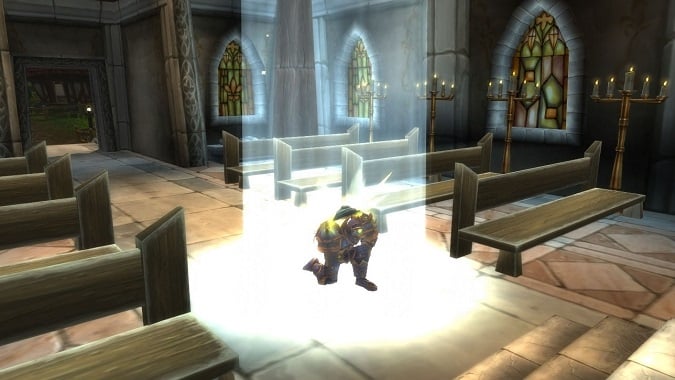 This week we have two questions. One is about a player who rage quit but now wants to return. The second question is from a former officer who can’t find the right guild because they see the glaring flaws in every community they join.

@Tega_the_Rogue asked
Any rules of thumb for allowing a Raider who Rage Quit the Guild and now wants to return?

I approve of your use of caps here. You make it sound like the worst bedtime story ever: The Raider who Rage Quit the Guild.

Clearly it was an emotionally charged situation. Emotions can get the best of us no matter how hard we try not to let them, especially with the pressures of raiding. In an online game, it’s impossible to know everything going on in that player’s life. Too often people are judged for poor online behavior without considering external circumstances. Maybe they recently lost a pet, or went through a traumatic breakup, or they’re worried they’re going to lose their job. These things don’t excuse poor behavior, but they do happen and they contribute to making emotional decisions. It’s why I believe people deserve second chances. The Internet never forgets or forgives, but leaders need to rise above that.

Before you bring them back, however, you need to address (a) why that person left and (b) why they changed their mind.

You have to consider what the trigger was for their outburst and whether they are likely to encounter that trigger again. Was it one specific player who set the Rage Quitter off? In that case, if the offending party is still around, you need to make things right between them before you can invite the RQ back to the guild. Was it because the guild stalled on progression? That happens to every guild, so you need to make sure the person is better equipped to be patient. (Note that they probably aren’t, but as long as they say they will try to do better, it’s good enough for now…) Whatever happened, you need to communicate with the RQ about what might happen this time to put them in a similar circumstance — and how they will handle it differently this time around.

I also recommend encouraging the person who returned to make a statement on your guild’s forums or social media about why they left and why they’re coming back. It doesn’t have to be an apology per se, but it’s important for that person to give their perspective on everything. It also gives your guild an opportunity to welcome them back.

But if it happens again, don’t bring them back a third time. Make it clear that you won’t. 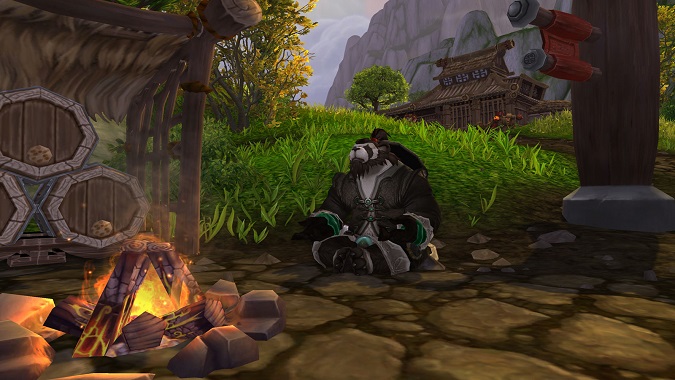 @kuryu_zar asked
I was an officer of a big and quite famous guild not only on our realm but among some others, so far so good but since some officers and I weren’t happy with how things were going and our gm never accepted suggestions we decided to leave. I tried multiple guilds, going from truly hardcore to casuals and I haven’t found a new place to call home. With my past achievements people may think is easy but in fact since I have knowledge on how usually guilds run I can easily see their mistakes while trying to achieve their current objectives on casual and semi hardcore guilds and on the other side the ego issues on most hardcore guilds making it hard for a veteran player like me to find an interesting place with potential.

I’ve been roaming for 1 year and my question is: am I wrong? Is my knowledge blocking me from having fun? What can I do to solve this issue and return to my max performance? I know I love this game and I love progression, teaching new players all that I know but not having a home where I can have fun while raiding serious has made me sour to the point where I’m starting to avoid logging and with a new expansion just around the corner it only makes me sad that I can’t enjoy it since I can’t find a home after being a successful guild officer.

Too much knowledge and experience can be a curse, it’s absolutely true. It was tough for me to transition from being a guild leader to being just another raider. You see the leader making decisions that you don’t agree with, and you want to speak up, but at the end of the day you have to let that person make their own mistakes and learn from them. Everyone has to go through their own process.

At this point I think you have two options:

1. Find the guild that’s closest to what you’re looking for, even though it’s not perfect and even though some of the things the officers do might drive you up a wall. Make the best of it. Offer advice only when asked. If you’re good at teaching players and you demonstrate your game knowledge, the officers will recognize that and in time they might come to you for guidance.

Otherwise, keep your head down and try to focus on having fun. Don’t drive yourself crazy wondering about what if’s. No guild is perfect. No leader makes the right decision every time.

2. Start your own guild. A year is a long time to go without a home in WoW for someone who enjoys the guild experience. It sounds to me like you may never be truly satisfied under the leadership of other players. You don’t necessarily have to be the guild leader if you don’t want the mantle. Maybe you have a friend who’s well suited for that job. You can be an officer and an adviser. You can avoid the pitfalls that many new guilds make. The Light knows the community needs more experienced officers.

Whatever happens, I hope you find a guild you can enjoy for Legion!