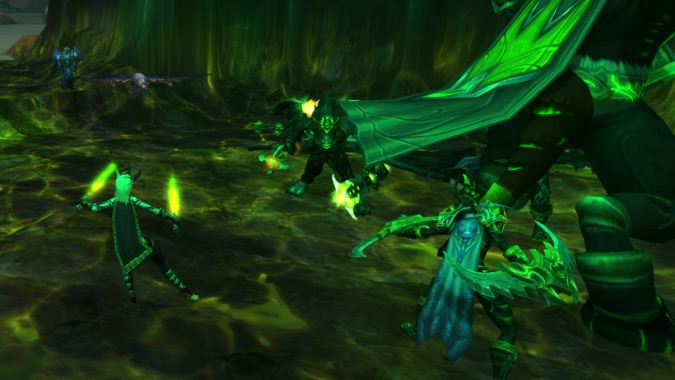 As we’ve grown accustomed to over the past decade of World of Warcraft, Tuesday means maintenance day — and that means changes. And the biggest change in today’s hotfixes is to demon invasions. The invasions are spawning in three zones (rather than two) and refreshing twice as quickly (once every two hours instead of once every four hours). However, the XP gain per invasion has been nerfed.

It’s not quite to the ground, as you should still be able to level just as quickly — if not more quickly — by clearing all available invasions, but it’s definitely a disappointment to those who have been speed leveling alts through invasions this past week. (It’s still worth it, but it will take more time… which you may or may not have the patience for.)

Along with invasion changes, we have some class tweaks including a Surrender to Madness nerf that our resident Shadow Priest is very upset over. Best not to mention it to him. Check the full patch notes below for all the details.

Blizzard Watch is made possible by people like you.
Please consider supporting our Patreon!
Filed Under: Demon Invasion, Hotfixes, Invasion, Legion, Patch 7.0
Advertisement