Hearthstone’s One Night in Karazhan: The Menagerie guide 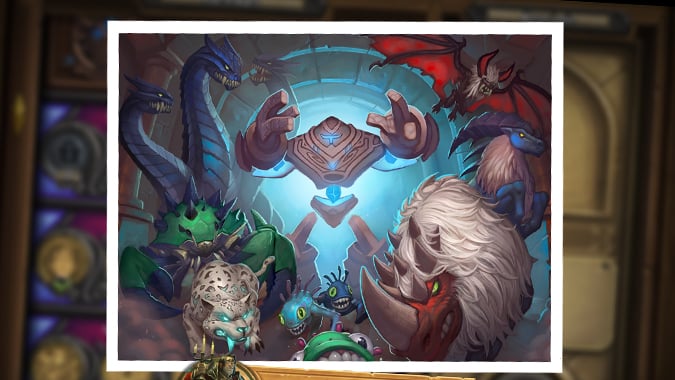 “The Menagerie is for guests only.”

“This Curator is equipped for gallery protection.”

Looks like we’ve run into the roving arcane guardian that is the Curator in the latest Hearthstone One Night in Karazhan wing. We’ve already fought through insulting mirrors, animated silverware, and big bad wolves — and now we’re about halfway through our search up the tower to recover Medivh.

If you haven’t yet had an opportunity, check out our full adventure primer and the list of all expansion cards. Though there are no new mechanics being introduced in this adventure (aside from cards like Curator which interacts with a Beast, Dragon, and Murloc or the various portals), it’s good to be familiar with the cards in play.

The Menagerie wing has three bosses to defeat: Terestian Illhoof, Nightbane, and the Curator. Try the wing out on your own, but if you need extra help, come back here for a walkthrough. And if you’re still struggling with the previous wings, we have guides for them, too:

Remember! When building your deck, remember to toggle your deck type to Wild. You do not have to use exclusively standard cards to beat these encounters.

Defeating the three Meagerie encounters will unlock class challenges for Hunter, Warrior, and mage cards. Those challenges will award you with Cat Trick, Fool’s Bane, and Babbling Book.

Now, let’s check out this week’s new encounters in the Menagerie. 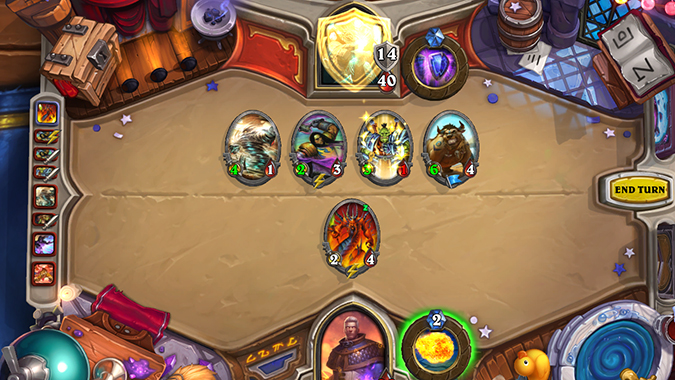 Gallery Protection provides Curator with a taunt. You won’t be able to directly trade into Curator’s minions so they’ll be able to attack and harass you uncontested. I used a Tempo Mage variant here to help control the board. Alternatively, you can use a straight aggressive deck and try to take Curator out before he takes you out. He uses cards like Stampeding Beast! and Haywire Mech! to summon completely random minions of those types onto the board. If you have a tough time, keep trying because maybe he’ll end up bringing out cards that are easier to deal with. If you can live through the first few turns and stabilize, Curator will slowly run out of cards and be much more manageable.

At the heroic level, Curator starts with 40 health and 15 armor. The aggro deck method might not work as well because he can generally outlast you in a back and forth beat down. Tempo Mage worked well here as it did on normal. Try out Trump’s Heroic Druid Beast deck as it has a variety of ways to win. Either you buff your beasts with Mark of Y’Shaarj and Power of the Wild, or you can go the token generating route with your Violet Teacher and finish the game with a timed Savage Roar. 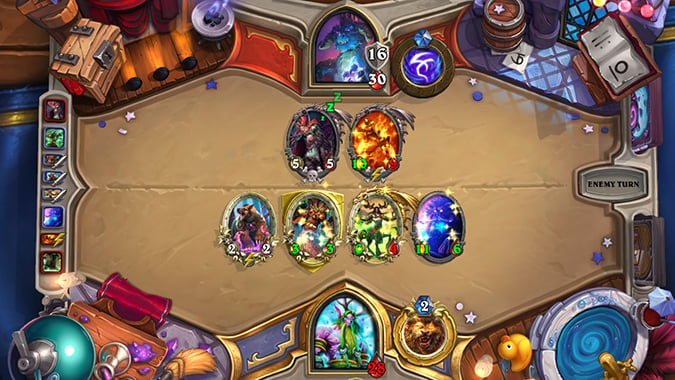 This is my favorite match for the wing. Players start with 10 mana crystals due to Nightbane’s hero power Manastorm. This means I can create and load up a deck with massive minions. If you have the wallet size or the dust, go with Kibler’s Heroic Nightbane Priest deck. You’ll eventually win just by overwhelming Nightbane because oddly enough, Nightbane’s strategy relies on playing minions and then buffing them. He doesn’t have many large minions aside from Ragnaros and dragons like Alexstrasza and Deathwing. But watch out for his nifty resurrection tricks: Ancestral Spirit and Reincarnate can catch you off guard if he chooses to recycle some of his minions.

On heroic, Nightbane starts with 15 armor and 30 health. Instead of Kibler’s Priest, I ended up creating and using a Druid deck with a similar idea of chocking as many big minions into it as I could. It still got the job done. You can mulligan for larger minions right away. You might want to consider keeping a Nourish in hand just for the extra card draw in the early game. If you can somehow open and land a Y’Shaarj that can stick around, you’ll be in great shape the rest of the way. 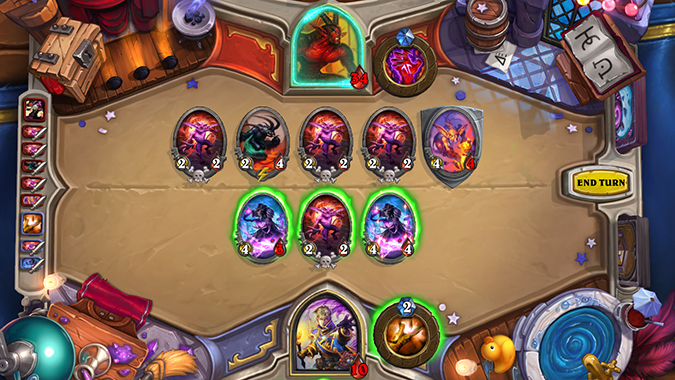 Illhoof is invulnerable due to his Dark Pact hero power, so you can’t deal damage to him conventionally. However, Icky Imps are minions that Illhoof does have an abundance of — and each Imp you kill does 2 damage to Illhoof and summons another imp. On normal the Imps are only 1/1 and can be easily cleared and contested with ease. The first time around on normal, I used a Tempo Mage deck. Cards like Arcane Explosion, Flamewaker, and Explosive Sheep helped control the imps early on.

On heroic, the Icky Imps are 2/2 and Illhoof’s health pool increases to 40. That means 20 Imps will need to get cleared and destroyed. Priest players will have an easier route to winning, not necessarily due to the healing (even though that helps), but due to the number of cards that Priests can use to just steal Imps. Note that it doesn’t matter which side owns the Imps: if an Imp dies, it will revive for the same player but Illhoof will continue to take 2 damage. So if you can steal a few Imps via Cabal Shadow Priest, Shadow Madness, or Mind Control Tech and run your Imps against Illhoof’s Imps, he will take 4 damage per exchange. Explosive Sheeps and Abominations can clear the board of all Imps on their own. If you still need a finisher, pop a Baron Geddon in there and just sit back and watch him win the game for you.

Clear out the whole wing, and you gain access to The Curator card. Works pretty well in Murloc Paladin decks (and you can add in an Azure Drake and a Stampeding Kodo as potential targets for Curator’s card fetching mechanic.

Have your own strategy suggestions? Let us know which classes or decks did you end up using to clear out this week’s Menagerie wing in the comments!

Blizzard Watch is made possible by people like you.
Please consider supporting our Patreon!
Filed Under: Illhoof, Karazhan, Nightbane, One Night In Karazhan, The Curator, The Menagerie
Advertisement