Hearthstone’s One Night in Karazhan: The Spire guide 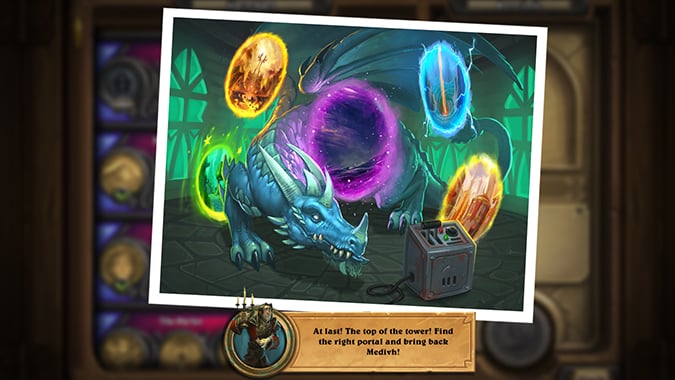 The Spire, the last wing of One Night in Karazhan has been released — we’re at the final stretch! Medivh should be just around the corner. All we need to do is get through one ghostly Mage, one eccentric dragon, and then find the right portal that will bring Medivh back home.

If you haven’t yet had an opportunity, check out our full adventure primer and the list of all expansion cards. Though there are no new mechanics being introduced in this adventure — aside from cards like Curator which interacts with Beast, Dragon, or Murloc cards, or the various portals — it’s good to be familiar with the cards in play.

The Menagerie wing has three bosses to defeat: Netherspite, Shade of Aran, and an Unknown Boss. Try the wing out on your own, but if you need extra help, come back here for a walkthrough.

If you’re still struggling with the previous wings, we have guides for those as well:

Remember! When building your deck, toggle your deck type to Wild. You do not have to use exclusively standard cards to beat these encounters. 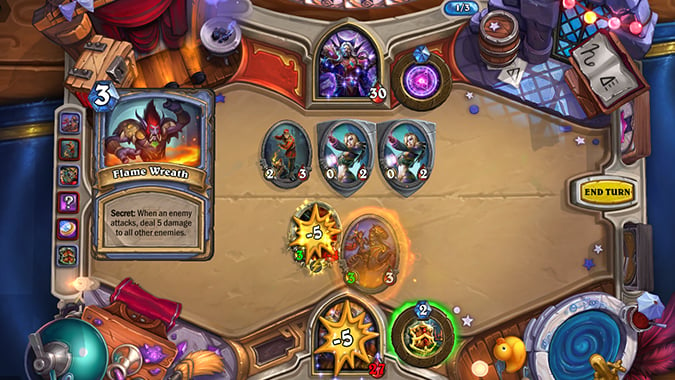 Aran starts off with Ley Lines, which gives both of you extra spell power. Time to whip out the Mage deck again!

One gameplan you can shoot for is putting together a Mage, Shaman, or Hunter deck consisting predominantly of spells, and just hurling them right into Aran. Kibler’s Mage list here is a good start. I definitely recommend packing some Kezan Mystics to help yank some of his secrets, like Flamewreath. If you’re playing a Hunter, maybe even the addition of a Flare would help.

On Heroic, Aran starts out with an extra 15 armor, and Ley Lines provides +5 to your spell damage. Flamewreath deals 10 damage to all other enemies — yes, including the player. 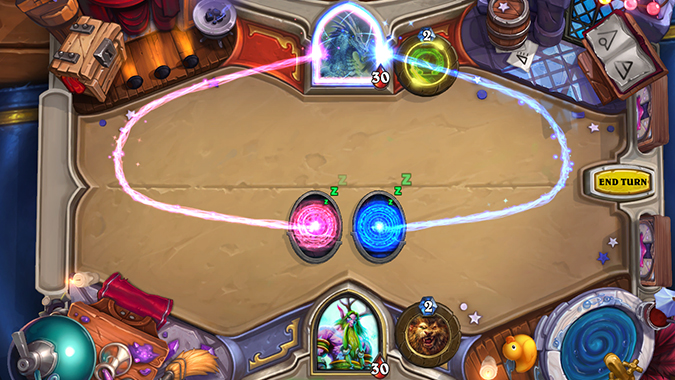 Veterans of the old Karazhan raid from Burning Crusade will immediately assume that the main point of the encounter involves something to do with beams and intercepting them. They would be right! Minion placement is important, so you can soak and intercept beams from their portals.

Netherspite has Nether Rage, which gives him +3 attack for that turn. If unobstructed, the portals will give Netherspite buffs. You want to try to place your minions to intercept the beams, because otherwise Netherspite will be almost unstoppable. I recommend running minions with Charge that you can place on the left immediately, and placing taunt minions on the right, like a Voidwalker. For deck recommendations, here’s a Warlock list by Nersia that works well — largely due to a bug with the Voidwalker.

On Heroic, Netherspite starts with 15 armor and 30 health, which seems to be a recurring trait amongst dragons. Oh, and his Nether Rage now gives him +8 attack. No biggie, right? If you need to, keep restarting the match until you find an optimal mulligan that hooks you up with a 1 mana taunt. Use a Shieldbearer if you need to. 16 damage to you on the first turn can be difficult to recover from. 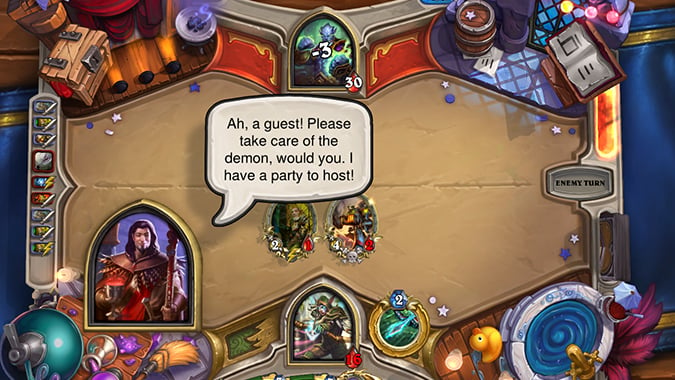 After getting past Netherspite, Moroes will attempt to open the right portal to find Medivh. Alas, he misses on the first try and you end up against Nazra Wildeaxe first, an Orc Warrior bent on dominating your puny world. Nazra has 15 health and is a pushover. Her Hero Power lets her use the Horde, which summons a 3/2 Orc. Once you take care of Nazra, Medivh pops back out and just leaves you hanging while he rushes away, leaving you to contend with Prince Malchezaar.

Dude, seriously? I had to go through animated silverware, control a giant roving arcane robot, all the while knocking out imps and he’s just going to bail? Not cool. At least he was gracious enough to give us an opportunity to play around with Atiesh. Once Malchezaar hits the field, he will immediately play Twisting Nether to clear the board of any minions you might still have. But if you manage to have a Counterspell in play, it will neutralize Twisting Nether and you keep your board.

Aside from playing a Mage you can also give this Shaman deck a shot, which revolves around Kel’Thuzad and a legion of taunt minions to help weather the storm of Abyssal.

Note: I played a Firelands Portal into a Mukla’s Champion, and Atiesh conjured Eadric the Pure. Sigh.

Demonic Presence gives Malchezaar two cards and an extra 10 armor. His Hero Power is Legion, which brings down a 6/6 Abyssal.

On Heroic, you still need to go through Nazra. I guess she hasn’t learned her lesson the first time. The only change here is that now her Hero Power allows to her summon a 3/3 Orc minion with charge.

Speaking of Hero Powers, you know what’s worse than summoning one Abyssal? That’s right, Legion now summons two Abyssals. His Demonic Presence provides him with three cards this time around. 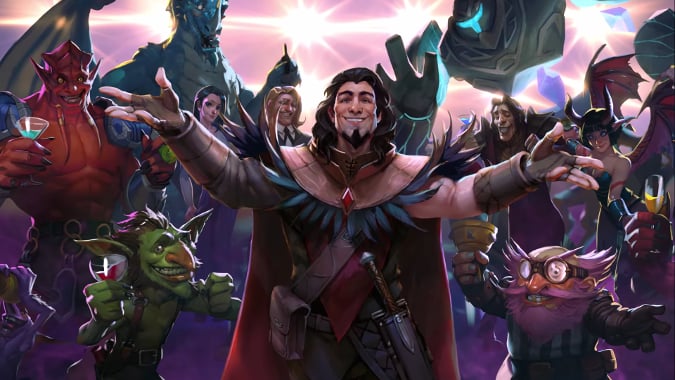 And that’s a wrap for One Night in Karazhan, everybody! Much of the feedback I’ve seen and read stated that this Karazhan adventure seemed much easier compared to previous adventures like Blackrock Mountain and League of Explorers. Personally, I suspect that it’s more of a combination that players have either gotten better, or their card pool has expanded to the point where they have different cards and decks in their arsenals to use.

Have your own strategy suggestions? Let us know which classes or decks did you end up using to clear out this week’s Spire wing in the comments!

If you haven’t taken a look yet, we’ve also released guides and walkthroughs for the previous two Hearthstone adventures. Check them out and polish off the rest of the bosses!

Blizzard Watch is made possible by people like you.
Please consider supporting our Patreon!
Filed Under: Atiesh, Karazhan, Netherspite, One Night In Karazhan, Prince Malchezaar, Shade Of Aran, Spire
Advertisement