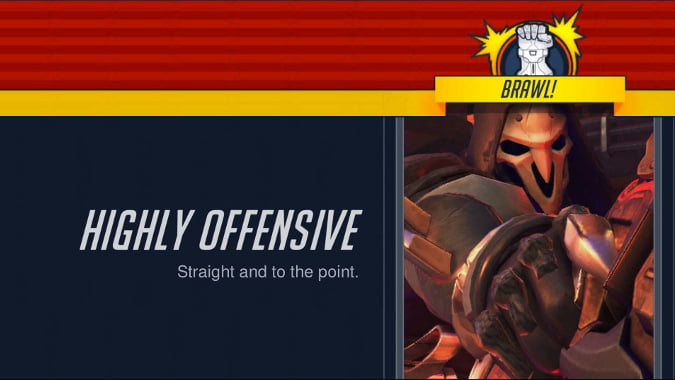 Brawl style game modes are present in several of Blizzard’s games, with Heroes of the Storm finally being the latest to experience the brawl chaos in the PTR. In these modes, some of the usual match parameters are suspended to create a new, unique experience you wouldn’t otherwise get playing the game normally.

I was never too serious about Hearthstone in general. One of my gaming quirks is an aversion to micro-transactions, so I was behind before I even started playing. The one mode I kept playing long after I’d given up doing anything but rank 20 for the card backs was the Tavern Brawl. For many of the brawls, my crappy collection of cards wasn’t an issue. Also, the incentive for winning that first brawl for the week made it a must-do for a miser like me. A whole pack of cards! Dang, y’all.

On the other hand, while the idea of brawling in Overwatch is cool, I find myself actually playing it less and less. Incentive plays a role here too. There’s no extra perks like a loot box or currency for participating in the brawl — so there’s no real reason to try them out. The ones like Shimada Bros (only Hanzo and Genji) or Pharmercy (only Pharah and Mercy) are cute nods to the lore, but way less fun in practice. I usually mouse over on Tuesdays, say, “oh, neat,” and queue up for Quick Play. Considering how long those queues were the last few times I’ve tried the brawl, I’m guessing my disinterest with it isn’t isolated.

I’m really looking forward to the brawl mode for Heroes. I’m excited for the off the wall comps, like maybe an all-Vikings brawl, or one with only orc heroes. But after Overwatch, I’m really glad there’s a good incentive for participation — a thousand gold for three wins, plus a unique portrait — because I’m pretty sure my interest would wane quickly otherwise.

If you play Overwatch and Hearthstone, do you play their brawl-style game modes? If you play Heroes, are you hyped for the brawl to start? If you don’t brawl, what could get you to start?